Murder probes in Mexico reached a record high in May, according to data released by the government. Authorities have placed part of the blame on growing fighting between drug cartels vying for power. 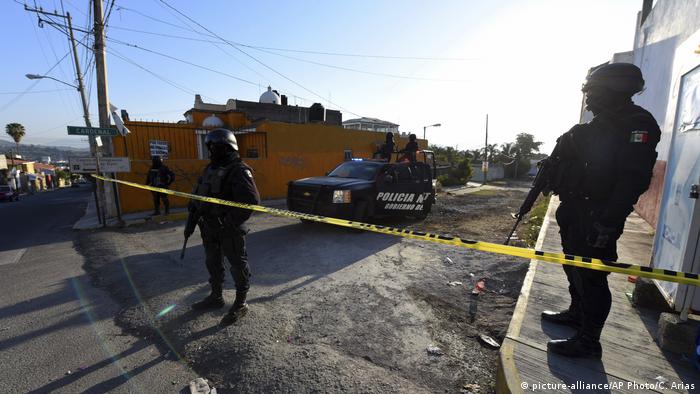 Violence in Mexico hit a new high in May, with the number of murder investigations breaking a record, according to official data published this week.

Last month, authorities recorded 2,186 murder probes, the highest amount for any month dating back to 1997, when the government began tallying figures. Several of the probes likely include multiple homicides.

The number of murder victims reported in May also broke a record, marking the highest recorded in a separate series of data dating back to 2014.

According to authorities, murder investigations totaled 9,916 cases in the first five months of this year, marking a nearly 30-percent increase from the same period last year.

Officials have placed part of the blame on the soaring number of murders sweeping across the country on drug cartels vying to fill the void left by the arrest and extradition of Joaquin "El Chapo" Guzman.

Guzman, who was extradited to the US in January, stands accused of leading Mexico's notorious Sinaloa cartel, known for major cross-border drug-trafficking operations and violent attacks against rivals and security forces.#

Many Mexican citizens have blamed President Enrique Pena Nieto for failing to provide security. During Pena Nieto's tenure, 43 teachers-in-training disappeared from the city of Iguala in 2014, a tragedy that shocked the nation.

'In Mexico, journalism can get you killed'

Journalists have marched across Mexico to call for an end to impunity for people who kill reporters. The family of Javier Valdez, who was murdered in May, led Thursday's protests in his home state of Sinaloa. (16.06.2017)