Typhoon Damrey has killed at least 49 people, leaving tens of thousands homeless and forcing thousands more to flee floodwaters. Less affected but battered is Danang, the venue of next weekend's APEC summit. 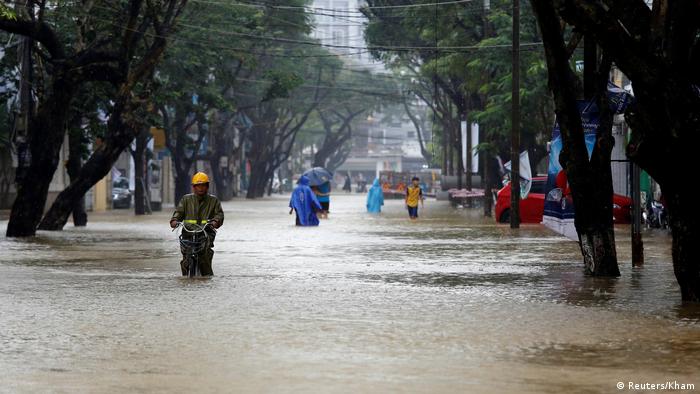 Vietnamese authorities said on Monday that at least 49 people had been killed by torrential rains, driving winds and flash floods across Vietnam, especially its coastal regions. At least 27 people are missing.

Typhoon Damrey, Vietnam's 12th major storm this year and its second typhoon in a month, slammed into the East Asian nation's coastline on Saturday, packing 135-kilometer-per-hour (84-miles-per-hour) winds that caused power blackouts and uprooted trees, according to the communist state's Steering Committee for Disaster Prevention.

The committee said heavy rains continued throughout Monday and that more rain was expected in the coming days. 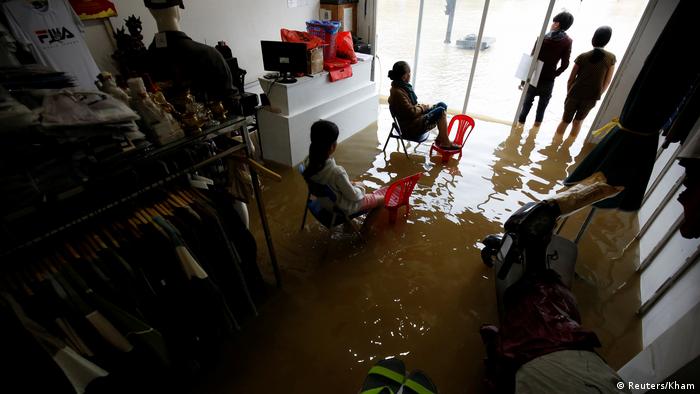 Many shops had to stay closed on Monday

It said more than 30,000 people had been forced to evacuate and some 116,000 homes had been submerged or damaged, with flood levels close to surpassing records set in 1997, according to the Agriculture Ministry.

Vietnam's Disaster Management Authority said rainfall would likely last until Tuesday and that flooding could worsen.

"This is the worst it has been for many years. The waters rose very fast," said Nguyen Thi Thuan, 64, sitting on one chair, with her feet on another, as water seeped into her clothing shop in the ancient capital of Hue.

In the old trading town of Hoi An, another popular tourist attraction, boats are the only mode of transport, and shops had to remain closed on Monday.

The brunt of the storm struck the southern city of Nha Trang, a little more than 500 kilometers (310 miles) from Danang, where the APEC summit is due to start on November 10.

The economic summit is set to bring together 21 Pacific Rim nations, including China and Russia, as well as the United States. World leaders are expected to attend, including US President Donald Trump, China's Xi Jinping and Russia's Vladimir Putin. But in the host city Danang, typhoon winds and rain tore down signs promoting the APEC meeting.

"I call all officials, soldiers and citizens of Danang city to come together and try their best to clean up after the rains and welcome delegates to APEC," said Huynh Duc Tho, the chairman of its city's people's committee.

In Hoi An, a tourist spot about 30 kilometers south of Danang that is due to be visited by some spouses of APEC leaders, water rose up to 1.5 meters (5 feet). On Monday, it was unclear whether the visit will go ahead.

"If anyone from APEC comes to see (Hoi An) and sees the condition it's in at the moment - it's dreadful," Hoi An resident Andrew Lambie told the AFP news agency, as a river snake swam past his home.

Vietnam's toll from storm-induced flooding and landslides so far this year stands at 240 lives lost.

Natural disasters across Vietnam over the past two decades have killed more than 13,000 people and caused more than $6.4 billion (5.5 billion euros) in property damage, according to the World Bank.

The 2021 Peace Prize of the German Book Trade was among scores of people arrested during anti-government protests in 2020. Dangarembga has been given a suspended prison sentence.