California was his muse and helped make him famous. Swimming pool artist David Hockney has since returned to his native UK, where the Tate Britain is presenting a "best of" exhibition spanning six decades of his works.

When he was a child, David Hockney's favorite seat on the double-decker bus was up front in the first row on the upper deck. It provided him the best view of the urban and rural landscapes whizzing by. "I always wanted to see more!" the British painter says in Randall Wright's 2015 documentary film, "Hockney."

Later, already an acclaimed artist, he took endless photos of his surroundings, recorded everyday scenes, sketched friends, houses, passers-by and other people he felt were interesting.

Hockney has long incorporated digital technology, working with fax machines, color copiers, using his iPhone as a sketch pad or drawing on an iPad, creating highly fascinating works of art. Currently, the artist is designing a stained-glass window for London's famous Westminster Abbey - the church where Britain's kings have been crowned and buried for centuries. iPad on his lap, Hockney often sits in the vast space and watches the play of light in the interior of the Gothic church.

Painter, bohemian, chain smoker - David Hockney is at home all over the world. He is one of Britain's most important artists, and highly acclaimed abroad. The Queen appointed him a member of the Order of Merit in 2012. 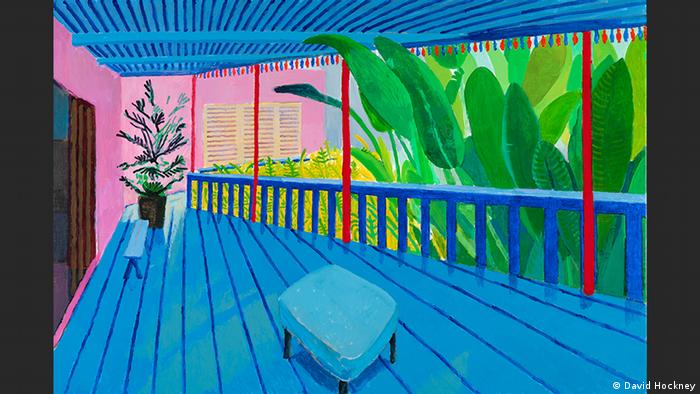 Hockney was inspired by the southern California lifestyle

But his many awards, including a prestigious Praemium Imperiale global arts prize in 1989, languish in drawers - they mean nothing to him. Hockney sees himself as a worker, and often gets up at the crack of dawn to take advantage of the early morning light. "I can get excited watching rain on a puddle. And then I paint it," he explains his passion for landscapes.

The British artist turns 80 this year, but he is as curious and adventurous as ever. Over the course of his unsettled life, he has painted about 2,000 pictures, many of them large-sized. Hockney created thousands of photos, sketches and drawings, often as drafts for large works.

He moved to Los Angeles in the 1960s and had a considerable influence on Pop Art in the US before returning to his native Britain in 2000. Andy Warhol, Robert Rauschenberg and many other great names of the era were his friends. His starkly colored acrylic paintings fetch high prices - the famous pool painting "Beverly Hills Housewife" sold at an auction for a record $ 7.9 million.

Hockney eventually returned to LA, but is for the most part aloof of the enterprising art scene, he told German weekly "Die Zeit" last year. He admitted he is quite deaf, so he doesn't go out in the evening anymore."If I go to parties at all, I do as the aristocrats do: I'm the last to arrive, the first to leave," he said, adding that he does enjoy friends' daytime visits to his studio. 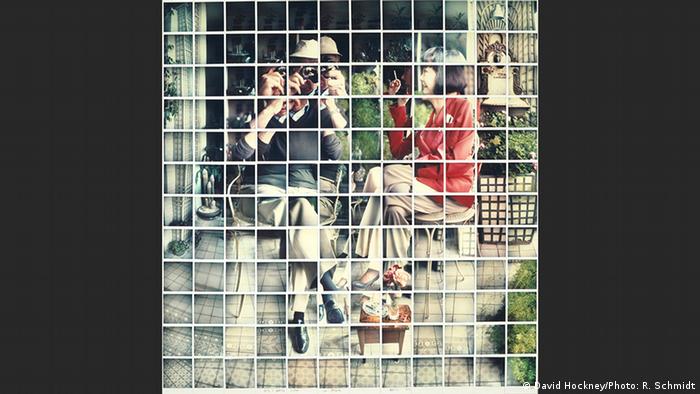 A collage of Billy and Audrey Wilder, 1982

The British artist's past few years have in fact been his most successful, including major exhibitions of recent works in London, Paris and Cologne in 2015/16. The public adores his colorful works. If painting had categories like serious and pop as the music world does, Hockney would be listed as one of the pop artists, German newspaper "Frankfurter Allgemeine Zeitung" once wrote about the artist.

The Tate Britain in London is currently showing a retrospective of his entire works, the best of 60 years of painting, photography and video art. "David Hockney" is open to the public from February 9 to May 29, 2017, before the exhibition moves on to the Centre Pompidou in Paris and then the Metropolitan Museum in New York.

It was the art heist of the century. Lax security at Paris' Museum of Modern Art led to a massive theft in 2010. As the alleged thief stands trial, an art insurance expert explains why theft can't always be prevented. (01.02.2017)