It was the art heist of the century. Lax security at Paris' Museum of Modern Art led to a massive theft in 2010. As the alleged thief stands trial, an art insurance expert explains why theft can't always be prevented.

Dubbed "Spiderman," 49-year-old Vjeran Tomic went on trial earlier this week for his alleged involvement in the 2010 Paris art theft at the Museum of Modern Art, which saw the disappearance of five masterpieces by artists like Matisse, Picasso and Modigliani. He is alleged to have had two accomplices. The works, whose total value amounts to 100 million euros ($107 million) remain lost.

The gallery above explains how the thieves were able to pull off such a spectacular heist. In the interview below, art insurance expert Dirk Heinrich explains how secure museums are and why the lost works cannot be sold.

DW: Mr. Heinrich, a thief climbs through the window of a museum in the middle of the night and takes off with 100 million euros worth of fine art. Is that normal?

Dirk Heinrich: It's devastating that something like this can happen. But theft is not something that can be avoided altogether. It seems that the thief had an easy time of it in this case, since numerous security measures were either not in place or not working properly. Apparently the museum was aware of that and didn't make any effort to amend the situation. Perhaps the thief knew that. He may have gotten a tip-off.

The paintings still have not turned up. If you had insured the Museum of Modern Art in Paris, would you have to pay the damages? 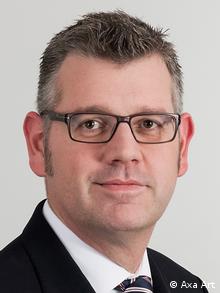 Yes, we likely would have had to pay. We've had similar cases. In one case, two Picassos were stolen in Switzerland. We were able to respond relatively quickly. According to regulations, we continued investigating the theft together with both the authorities and with a private investigator. We were able to solve the case after three years and the objects were returned.

Where do paintings like these end up - with wealthy private collectors who commission the thefts?

That's the essential question. I don't think that these are all commissioned thefts. If that were the case, the objects would turn up after the buyer dies and the heirs go into the building where they're kept. But we haven't had a case like that in recent decades, where a private secret museum has been found in someone's basement.

Except for Cornelius Gurlitt, who was hiding art treasures in his apartment…

Yes, but that case didn't directly have to do with theft.

Has your insurance company been blackmailed by art thieves? It's cheaper to pay the thieves a fraction of the value than to reimburse the owner for the entire artwork.

The stance our art insurance company takes is very clear: We don't pay ransom. That would get around fast.

In the Paris case, they did not. But in the countries I am familiar with - Germany, Austria and Switzerland - they do more and more. Here, there is a great deal of awareness when it comes to security. Still, you can't avoid gaps in individual museums' security systems. We offer consulting in this area.

Do museums adequately insure their artworks?

No, not usually. The government has liability in more and more cases, such as in Austria. Each museum doesn't insure itself; the state is liable.

If I wanted to insure a Picasso worth around 50 million euros, how much would I have to pay?

In general, we don't insure individual works of art, but entire collections. There are no set prices. It depends on the individual situation. Where is the object located? Is it at home or in storage? Is it secured or not? Is it going to be lent out or transported? With this information, a risk profile is compiled. If the object is optimally secured, then the insurance costs less.

Dirk Heinrich is the director for Germany and Austria at the AXA ART insurance company in Cologne.

Artist Kani Alavi has experience with walls. When the Berlin Wall fell, the Iranian immigrant painted what would become the East Side Gallery. Now, as his countrymen are barred from the US, he invites Trump to Berlin. (01.02.2017)