Experts in Germany had been unsure about whether recordings of car accidents by dashcams contravened data protection laws. The Federal Court of Justice in Karlsruhe has provided clarification. 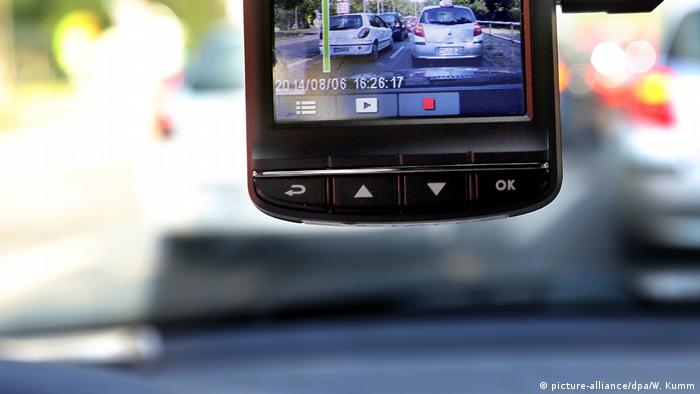 Dashcam recordings may be used as evidence following an auto accident, Germany's Federal Court of Justice (BGH) in Karlsruhe ruled on Tuesday.

Read more: German court to decide if recordings can be used as evidence

The president of Germany's digital industry association Bitkom, Achim Berg, said the ruling was a step in the right direction, but that drivers in Germany still faced "legal uncertainties" because constant dashcam recordings remained illegal.

German automobile association ACV said the decision had "finally provided a legal framework for the use of dashcams on German roads.

Why would a dashcam recording be illegal? Germany has very strict data protection regulations. The BGH said a recording contravened the Germany's data protection law because people unrelated to the accident were filmed without giving their explicit consent.

Potential solution: The BGH suggested that it is "technically possible" for dashcams to only save footage when an accident has taken place. This could serve as reasonable evidence after an accident and would not break data protection rules.

How many dashcams are there in Germany? According to Bitkom, around 150,000 dashcams were sold in Germany since 2015.

On Tuesday Germany's Federal Court decides whether it's legal for federal bodies to store the IP addresses of internet users who visit their websites. They say it's to protect us, but does it really? (15.05.2017)

Germany: YouTube could be sued for failing to tackle illegal uploads, court rules 02.06.2022

Germany's top court has ruled that online platforms such as YouTube could be held liable for illegal uploads that infringe copyrights, even if the content is posted by third parties.