The Mercedes-Benz manufacturer has slashed its outlook for 2019 for the second time in weeks due to the emissions-cheating scandal. Slower growth in several auto markets also prompted the warning. 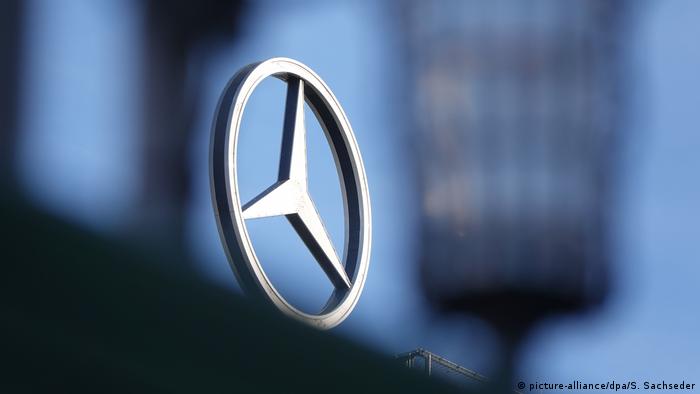 German auto giant Daimler on Friday reported a €1.6 billion ($1.8 billion) second-quarter operating loss and cut its profit forecast for the rest of the year, shocking the automotive sector.

The loss compared to a €2.6 billion profit in the first quarter and was blamed on the lingering Dieselgate scandal, which saw several carmakers admit to manipulating its cars to lower their emissions during regulatory tests.

Daimler said it was setting aside another €1.6 billion to deal with recalls, government fines and lawsuits connected to the saga. A further billion euros has been earmarked to deal with problems involving Takata airbags.

The Stuttgart-based carmaker saw losses in both the passenger car and vans divisions in the second-quarter, citing delays to new products and slower demand in several automotive markets as contributory factors.

Daimler's 2019 earnings before interest and taxes are now expected to be "significantly below" last year's, and its Mercedes-Benz passenger car division forecasts an operating profit margin of just 3 to 5%, down from 6 to 8%.

Daimler already downgraded its outlook on June 23, penciling in flat earnings for the year instead of a slight increase, again pointing to likely costs involved in addressing the emissions scandal.

Germany's transport regulator KBA has ordered the recalls of 700,000 Daimler-made vehicles globally over the illegal software, and last month added a further 60,000 cars to the list.

Daimler's shares briefly dropped by as much as 3% early in Friday's trading but later pared most of these losses.

Also on Friday, Volkswagen announced it was bolstering its collaboration with US rival Ford, by investing $2.6 billion in a project to build electric, self-driving vehicles.

Both companies have cited the vast costs of developing new technologies for their decision to expand their alliance on Ford's robocar unit Argo AI.

The deal also allows Ford to use VW's modular electric vehicle underpinnings to build zero-emissions cars for the European market starting in 2023.

Ford chief Jim Hackett said that the two firms "remain independent and fiercely competitive in the marketplace," but "teaming up and working with Argo AI on this important technology allows us to deliver unmatched capability, scale and geographic reach."

The president had previously threatened to raise import tariffs on foreign cars as a matter of national security on May 18. It was announced that the decision over the hikes will be delayed for 180 days. (17.05.2019)

While Germany is finally creating the necessary infrastructure for e-mobility, China has started putting the breaks on state subsidies for electric cars. The government has a clear plan, according to DW's Frank Sieren. (30.06.2019)