Daimler and Geely team up to build Smart cars in China

With Mercedez-Benz maker Daimler bringing the Smart brand and Geely the development and production, the planned partnership hopes to have the next generation of all-electric cars on the market by 2022. 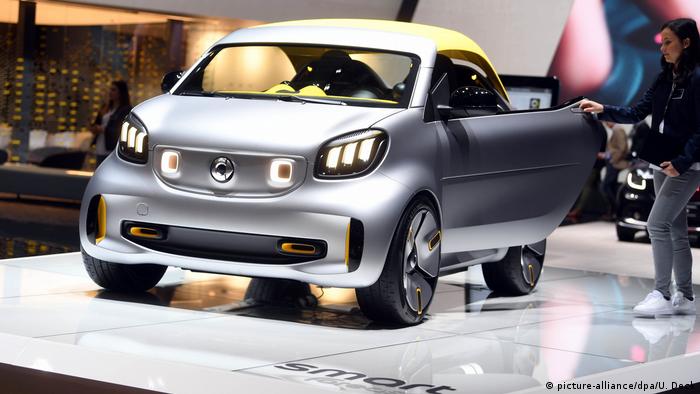 German car maker Daimler and China's Geely announced plans Thursday for a new venture to develop and produce the next generation of electric Smart cars in China.

Both firms will share the company equally under the terms of the plan to be finalized by the end of the year. The first new vehicles are set to go on sale worldwide by 2022. No financial details were disclosed.

Daimler's Mercedez-Benz will carry out the styling, the Chinese auto giant Geely will develop the engineering, and production will go ahead in a new factory in China. 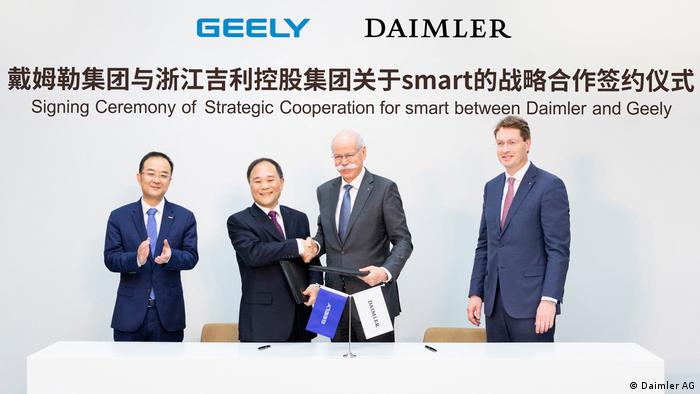 Smart's current model will continue production in Hambach, France, until the assembly of the new electric cars starts in a completely electric-powered factory in China.

But Daimler CEO Dieter Zetsche said that with its Mercedes-Benz division continuing production of a new 'EQ' vehicle at the Hambach plant, no jobs will be lost.

"All jobs will be sustained through our new project which will consist of creating a new assembly line for the construction of a Mercedes-Benz electric SUV in Hambach," Serge Siebert, CEO of Smart France, told the Le Republicain newspaper on Wednesday.

€500 million ($562 million) will be invested in the French factory for the new line, according to news agency AFP.

Geely's billionaire owner Li Shufu is Daimler's biggest shareholder. He acquired a ten percent holding in the company in 2018, raising concerns about Beijing's ambitions in Germany.