Czechs risk a banana-free diet, lower food quality and higher prices if a bill making its way through parliament is passed, say critics. The winners would be large, politically-linked farming groups. 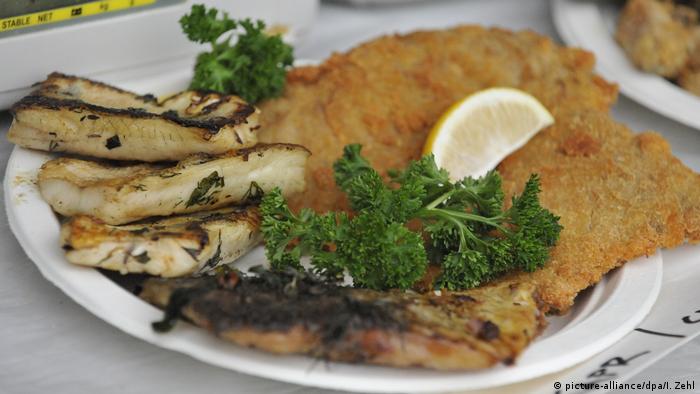 The controversial amendment to the Food Act, proposed by MPs from the governing Ano party and far-right SPD, would oblige retailers to raise the share of Czech food on their shelves to 85% by 2027. Backers of the bill assert that the coronavirus pandemic has illustrated that the Czech Republic must increase self-sufficiency.

Agriculture Minister Miroslav Toman has also played up the potential environmental benefits. "Food would not have to travel thousands of kilometers by truck," he told local media.

Asked if the Ministry of Agriculture supported the measures, a spokesman told DW only that it did not propose the bill. However, the ministry is mulling an additional proposal requiring public institutions to source food locally.

The bill has attracted a furious backlash from business lobbies and farmers alike. The Czech Chamber of Commerce labeled the regulations "inadmissible state intervention" that would distort the market, hit small retailers, and lower the quality of food.

Stemming imports would violate the rules of the EU's single market, it added. The European Commission is challenging similar regulations in Romania and Bulgaria.

Critics also insist that Czech farms cannot feed the country alone. The Czech Republic is heavily reliant on imports for many basics, including fruit, vegetables, pork and poultry.

And what is "Czech" food anyway, they ask. Foodstuffs are often the product of several different countries by the time they hit the shelves. Retail chains report that they carry 40% - 70% Czech products, but there is no standard definition. 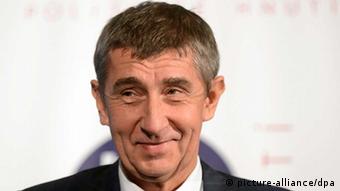 Most of the controversy, however, focuses on links between large farming groups and senior politicians.

"It smells of a conflict of interest on the part of Prime Minister Andrej Babis and … Toman," Jaroslav Sebek, chairman of the Association of Private Agriculture, told local media.

The agriculture minister, whose father held the same job during communism, is believed to be close to many of the key agricultural players that emerged as that system collapsed. The largest — Agrofert — is owned by the billionaire prime minister.

A quota for Czech food "would be beneficial for big agro companies like Agrofert," Marketa Adamova, leader of the centre-right Top 09 party, told DW. "Small farms don't have the capacity to supply supermarkets across the country."

The bid to limit imports is nothing new, but it has accelerated under Babis' government. Toman's predecessor, Jiri Milek, an owner of the Usovska agricultural group, led an effort to regulate "foreign" food three years ago.

Rising state subsidies reflect the urge for self-sufficiency. A total of €789 million ($884 million) was used to boost the cause in 2014-17, much of it reportedly sucked up by large farmers.

Including EU funds, Czech farmers were originally set to share large subsidies in 2019-20. In March, the government pledged another shot in the arm toward self-sufficiency.

The bulk of this funding will be gobbled up by the huge companies that dominate Czech farming and can afford to apply for state support for large investment projects, asserted Tomas Prouza, head of the Confederation of Trade and Tourism. Close to 90% of EU agricultural subsidies paid out in Czechia goes to the top 20% of recipients.

This expanded national funding is arriving as the EU threatens to cut larger farms off from billions by capping subsidies.

Toman's ministry is trying to win an exemption for the Czech Republic. Member states should be free to decide themselves how to distribute funds, the spokesman said.

However, Agrofert, reported to have received 11.3 billion Czech korunas in overall subsidies in 2013-18, risks losing access to EU funds altogether.

Babis put the company into trust before becoming prime minister in 2017, but EU audits say he retains control and therefore has a conflict of interest. On June 19, the European Parliament passed a resolution demanding the EU cut all support for Agrofert.

The Food Act amendment is a response straight out of the populist playbook, claimed Prouza.

"Who could object to sending more money to Czech farmers and reducing the environmental impact of food," he said. "But 85% in shops is total nonsense. Self-sufficiency has instead become a clever tool for sending funds to large farming groups."

But the ploy looks to have backfired. The outcry against the amendment has shocked the government and it's unsure of how to proceed, claimed one source close to the process. Ano pulled the bill back from a third and final reading in parliament in late May.

Aware of the political danger, Babis has sought to distance himself. In a bad-tempered TV interview, the premier refused to discuss the proposal.

"Don't try to make a fool of me," he snapped. "I have a conflict of interest, as you like to say. I told the party that this proposal was hurting me and my former business."

The billionaire said the issue is in the hands of Jaroslav Faltynek. The deputy prime minister is Babis' right-hand man, and a former Agrofert executive.