One of the most destructive fires ever to hit Cyprus has been brought under control by firefighting aircraft after burning through several mountain villages, killing four people. 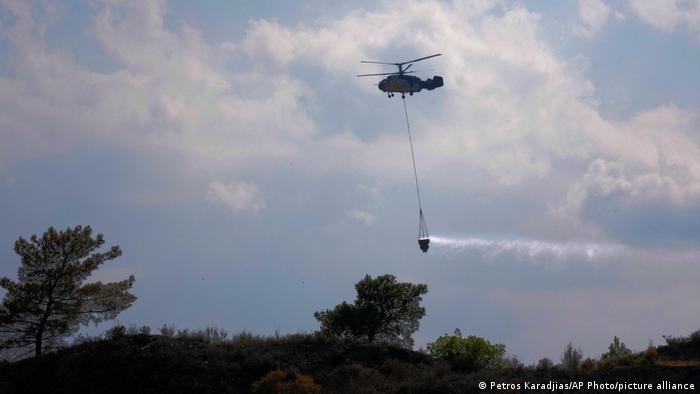 The fire was finally brought under control by aircraft

Firefighters on the Mediterranean island of Cyprus brought a massive wildfire under control Monday. It had burned for two days through several mountain villages, destroying homes and leaving four people dead.

Forestry officials said more than 600 people from emergency services and the army worked to fight the fire using a dozen aircraft and 70 fire trucks. The blaze was finally brought under control by water bombing with the help of international aircraft.

Cyprus government spokesperson Marios Pelekanos said that Greece and Israel had each deployed two aircraft Saturday to help fight the blaze. Officials said 11 aircraft from Cyprus were deployed, along with two British helicopters from a nearby UK base. 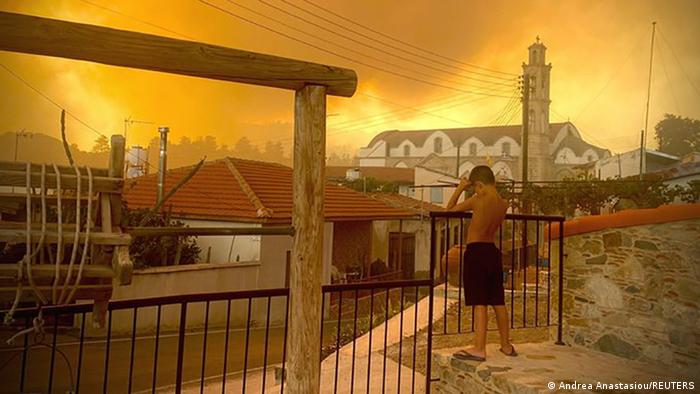 Smoke from the fire near Ora village in Cyprus

Firefighters are still deployed around the village of Arakapas to extinguish any further outbreaks.

Interior Minister Nicos Nouris has called the blaze the "most destructive" in the history of Cyprus.

What sparked the fire?

The wildfire broke out Saturday in the Troodos mountain range near the village of Arakapa and burned 55 square kilometers (21 square miles) of forest and farmland. Officials said more than 50 homes were destroyed.

The flames were spread quickly by strong winds and forced the evacuation of at least eight mountain villages.

Search and rescue crews in the village of Odou discovered four charred bodies Sunday, belonging to Egyptian laborers who were unable to escape the fire.

A 67-year-old farmer is currently being held in custody by police on suspicion of causing the wildfire.

Police said an eyewitness had seen him leaving Arakapas in his car around the time the fire started. The man denies having started the fire.