Climate change has made the extremely high temperatures in Europe more than twice as likely to occur, a new analysis has revealed. How do scientists calculate the link between extreme weather events and climate change? 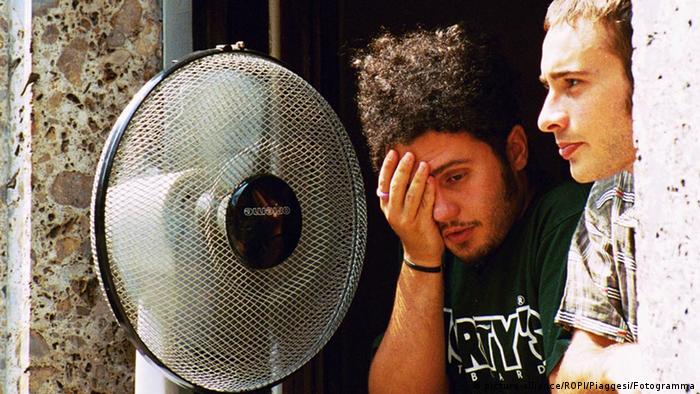 Record-breaking temperatures of up to 39 degrees Celcius (102.2 degrees Fahrenheit) in Germany; out-of-control wildfires in Sweden and other typically cool northerly regions; and a toxic algae outbreak in the warmer than usual Baltic Sea in Poland — Europe is sweltering in the current heat wave.

With the extreme high temperatures continuing in most parts of Europe, people are asking: Is climate change to blame?

He is part of World Weather Attribution (WWA), a network of scientists in six institutions established to provide near-real-time analysis of possible links between climate change and extreme weather events.

A WWA team has analyzed the current heat wave in northern Europe and presented preliminary results on Friday. 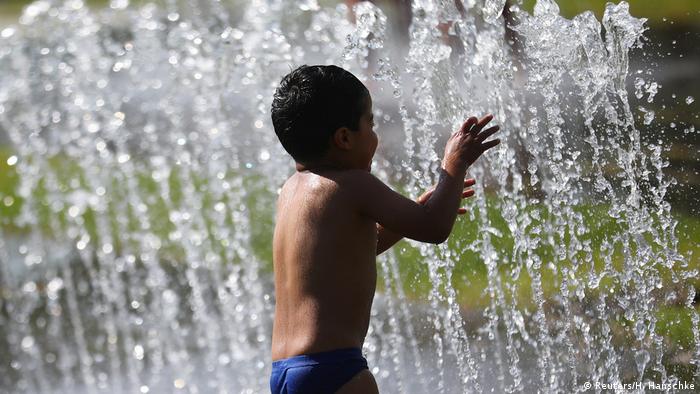 To stay cool in record-high temperatures, you can follow the example of this little boy: play at a fountain

How do scientists connect specific weather events to climate change?

Pinning down blame for complex weather events isn't straightforward, due to the numerous variables involved, from water temperature to air pressure.

But thanks to state-of-the-art climate models, scientists can now calculate the likelihood of individual extreme weather events having happened due to climate change.

Like how epidemiologists link smoking to cancer, climate scientists work with statistical probability.

"Smoking is never the only reason — but it increases the likelihood to develop cancer," Friederike Otto, researcher at the Oxford University's Environmental Change Institute and member of the WWA, told DW.

To determine the likelihood that an individual extreme weather event is caused by climate change, scientists estimate what the probability of a particular extreme event would be in the climate of today, versus in the climate of a world free of human-caused greenhouse gas emissions.

We've already warmed the globe by about 1 degree Celsius, compared to pre-industrial times.

By comparing the results of these two scenarios, scientists can attribute any differences in probability of the extreme event to human-caused climate change. 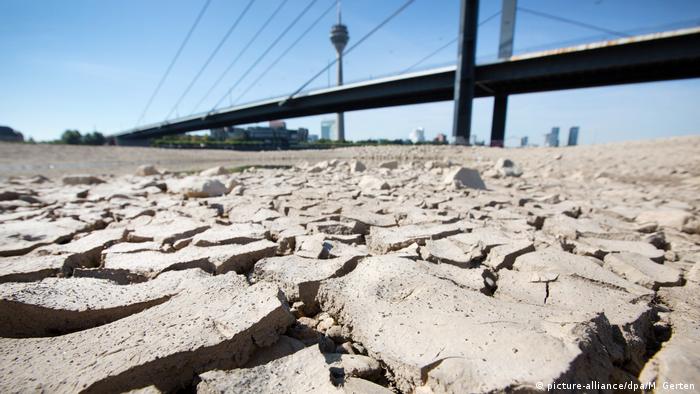 How did they calculate the probability of climate change causing the current heat wave?

The WWA researchers compared the currently high temperatures with historical records at seven weather stations in northern Europe — two in Finland and one each in Denmark, the Irish Republic, the Netherlands, Norway and Sweden.

The weather stations were selected for practical reasons. Current temperature data could be accessed in real time, and all of them had digitalized records extending back to the early 1900s.

For each year in the historical record, the scientists looked at the hottest consecutive three days. For 2018, they took the hottest three days of the year so far.

They then fed their the datainto  climate models, and compared the results of the world today with the world from the past when greenhouse gas emissions were much lower.

In the case of Copenhagen, the group found that a heat wave like the current one occurs every seven years in our current world. But in a world without manmade climate change, such a heat wave as this one occurs only every 35 years. 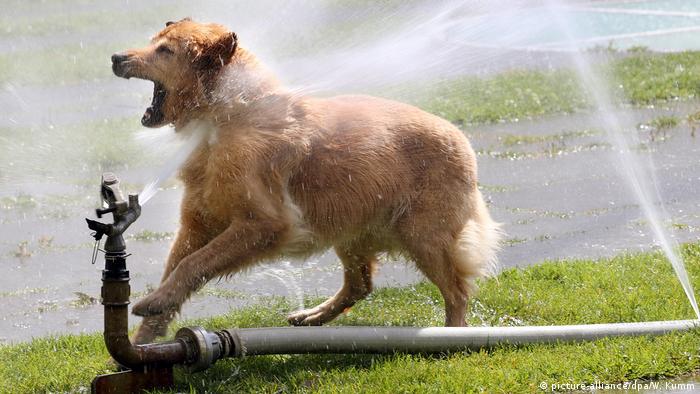 Even dogs seek refreshment during the current heat wave

"We can thus say climate change increased the likelihood of the event to occur by a factor of ten [in the case of Copenhagen]," Otto told DW.

Compiling all the results from the seven analyzed weather stations across Europe, the scientists found that the probability of such heat waves is overall twice as probable today than if human activities had not altered the climate.

The results are not yet peer-reviewed, because the WWA scientists are aiming to provide a quick analysis of current extreme weather events since public interest is high. They do plan to publish the results formally in a scientific journal, as they have done with previous analyses.

Why is it important to attribute specific extreme weather events to climate change?

Climate change is an abstract topic with abstract measures, for example the increase of the average global temperature on Earth.

What climate change means for agriculture

"It's very important to provide illustrations of the effects of climate change," Robert Vautard, a senior scientist with France's Laboratory for Climate and Environment Sciences, told DW.

Only when we undestand what climate change looks like can we can prepare for it, he thinks.

After the deadly heat wave in 2003, which resulted in the death of 15,000 people in France alone, the French government created an emergency plan to deal with future heat-related health problems.

But experts believes their plan might already be outdated.

"Our infrastructure and healthcare plans are based on heat waves and rainfall we have witnessed in the past. But we have to realize that the climate today is not the same it used to be, and it will be very different in the future," Vautard added.

Lawmakers in the United Kingdom, where unusual high temperatures of more than 30 degrees Celsius were recorded last week, face a similar fear.

They have warned that premature deaths from heat waves could triple by 2050, and call upon the government to develop a strategy to protect the health of the public. 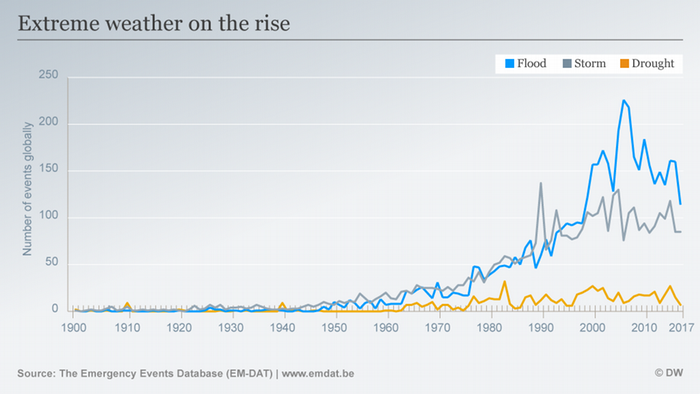 Will we see more extreme weather events in the future?

"Extreme heat events like this one will become more frequent and more intense as the globe continues to warm," Andrew King, a researcher at the ARC Centre of Excellence for Climate Extremes at the University of Melbourne, told DW.

"We know that heat waves and hot summers, like the infamous hot summer of 2003 in Europe, will very likely occur in most years, even under only 2 degrees Celsius of global warming," he added.

The Paris Climate Agreement seeks to limit global warming between 1.5 and 2 degrees Celsius but on our current track,we are moving towards 3 degrees warming.

The climate is not just getting hotter — it's getting less predictable.

Variability of extreme weather events will increase, confirmed climate scientist Otto. While we may one year see heat waves, the next year we could experience extreme rainfall. And the picture can look very different from location to location.

"The dangerous thing about climate change is that what we are not adapted to the changes," said Otto.

Beyond the urgent current need to limit global warming to under 2 degrees Celsius, learning to adapt quickly to extreme weather events will be a great challenge for the future.

The Baltic Sea's warmer waters have brought an increased risk from the vibrio bacteria. Health officials in the northeast of Germany have warned vulnerable people against bathing in coastal waters. (24.07.2018)

How can cities adapt to a hotter climate?

As the world is battling with extreme heat, researchers from the United Nations University in Bonn are going from door to door to find out what it will take for societies to adapt to a hotter climate. (25.07.2018)