The Baltic Sea's warmer waters have brought an increased risk from the vibrio bacteria. Health officials in the northeast of Germany have warned vulnerable people against bathing in coastal waters. 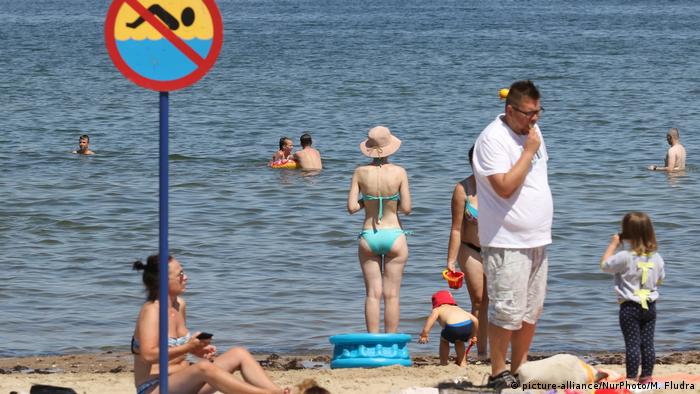 German health officials have warned members of certain 'at risk' groups to avoid swimming in the Baltic Sea as increased water temperature poses a danger from vibrio bacteria.

The health ministry in Germany's northeastern state of Mecklenburg-Western Pomerania warned that people living with HIV, the elderly, liver patients and alcohol addicts are particularly prone to bacterial infection.

Germany's weather service (DWD) issued a heat warning for large parts of Germany on Monday and advised the elderly and sick people to sit in the shade, drink plenty of water and avoid the heat. 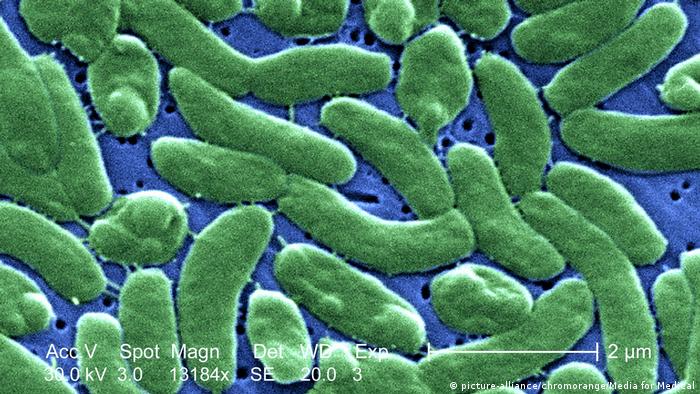 Vibrio vulnificus, a variant of the bacteria that causes cholera, can lead to serious illness and can even prove fatal.

What are vibrio bacteria? Vibrio bacteria live in certain coastal waters and are present in higher concentrations between May and October when water temperatures are warmer, according to the Centers for Disease Control and Prevention (CDC).

How does infection occur? If open wounds come into contact with infected sea water, vibrio bacteria can infect the wounds. People may also become infected by eating raw or undercooked shellfish, particularly oysters. Elderly and immunosuppressed people are at particular risk of infection.

Symptoms: When ingested, Vibrio bacteria can cause watery diarrhea, often accompanied by abdominal cramping, nausea, vomiting, fever, and chills. According to the CDC, these symptoms usually occur within 24 hours of ingestion and last about 3 days. "Severe illness is rare and typically occurs in people with a weakened immune system."