Cuba has accused the United States of encouraging such an attack through "calls for violence." Washington earlier urged Cuba to release detained protesters. 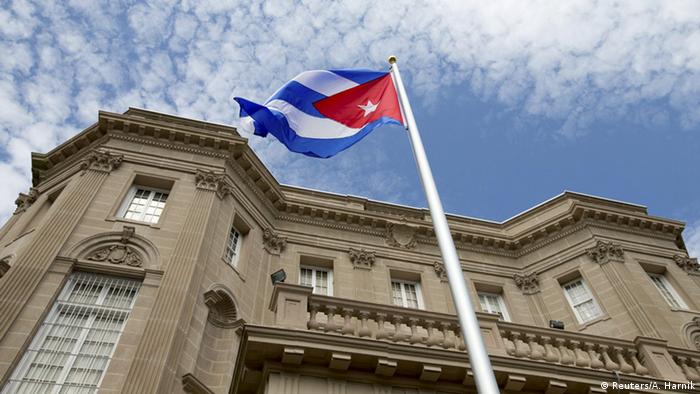 Several Cuban embassies across the world have witnessed protests in reaction to unprecedented demonstrations that erupted across the island earlier this month.

"I hold the US government responsible for its continuous campaigns against our country that encourage these behaviors and for calls for violence, with impunity, from its territory,'' Rodriguez said on Twitter.

The Cuban Foreign Ministry's International Press Center later said the attack occurred around midnight when three Molotov cocktails were thrown at the embassy, including two that started a fire.

According to the French AFP news agency, Paris firefighters said they were alerted to the attack shortly after midnight, adding that the two incendiary devices, which caused minor damage, were extinguished before their arrival.

France condemned the attack and said a judicial investigation had been launched following the incident.

A French Foreign Ministry spokeswoman said security would also be beefed up around Cuba's embassy.

US and allies urge Cuba to 'heed' opposition

The incident came hours after the US and several allies called on Cuba to respect human rights and release people detained in recent mass protests.

The US and 20 countries, including Brazil, Colombia and Ecuador, issued a joint statement urging the communist government to "respect the legally guaranteed rights and freedoms of the Cuban people," and to "release those detained for exercising their rights to peaceful protests."

"We urge the Cuban government to heed the voices and demands of the Cuban people," said the statement, which also called for an end to internet restrictions.

Rodriguez dismissed the statement, saying it was "based on the support of a handful of countries that have been pressured to comply with US dictates." 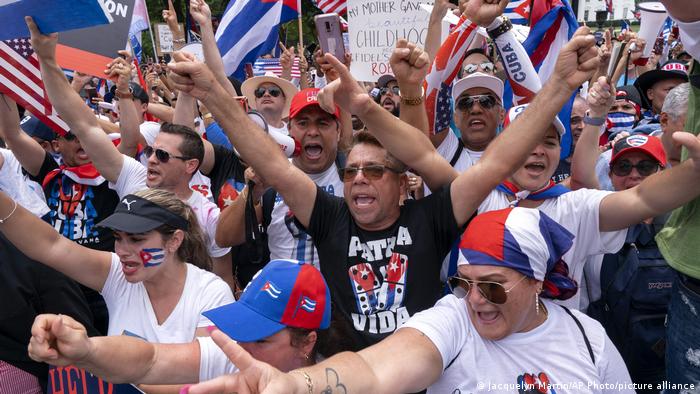 Rallies in the US against Cuba's government

On Monday, hundreds of Cuban Americans gathered in front of the White House to protest against the Cuban government.

The protesters, including Cuban political refugees and activists, condemned a crackdown on demonstrations in Cuba and called on the US to take a tougher stance against the Cuban regime.

Last week, the US imposed fresh sanctions on Cuban officials for alleged human rights abuses during the mass protests.

The Cuban government has blamed the unrest on economic hardship caused by a decades-old US embargo.