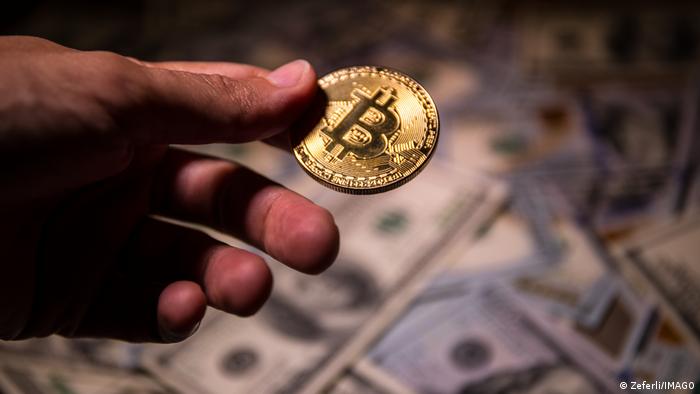 Is the hype over for bitcoin and other cryptocurrencies?

After crashing to its lowest level in two years on Saturday, bitcoin has since stabilized just above $20,000 (€19,040) per coin. Crypto assets have seen a wider selloff in the past eight months, with bitcoin losing 60% of its value since the beginning of the year as high inflation and interest rate hikes by central banks weigh on investor sentiment.

From Saturday until late on Sunday Bitcoin was trading below the psychological barrier of $ 20,000, temporarily dropping to $17,800 per coin.

Analytics platform CryptoRank reported that bitcoin dropped to the average price of mining the digital asset — levels last seen in 2020.

Furthermore, the $20,000 barrier is important because institutional investors may sell at this price, exacerbating a negative price spiral.

"The $20,000 level for bitcoin is an important technical level and the dip below may trigger more margin calls resulting in forced liquidations," said Jay Hatfield, chief investment officer at Infrastructure Capital Management in New York.

After falling to its lowest level in two years on Saturday, the most popular cryptocurrency regained some lost ground and was trading at slightly above $20,000 on Monday morning.

Bitcoin's smaller rivals such as ethereum, which is linked to many derivative projects such as non-fungible tokens (NFT), have also been under pressure. Ethereum has crashed 73% in value since beginning of the year.

Cryptoassets witnessed a dream rally last year as investors replete with cash thanks to central banks and governments keeping the money taps wide open to soften the economic damage unleashed by the COVID-19 pandemic lapped up the volatile digital coins. But as cheap money coupled with supply chain bottlenecks and the energy crisis began to drive up inflation to decades-high levels, the rally began to fizzle out as investors looked for safer assets.

To combat inflation, five of the major central banks signaled tighter monetary conditions last week. Among them, the US Federal Reserve raised interest rates by 75 basis points, the biggest hike since 1994, spooking investors. They fear that higher rates could lead to a recession, as they would increase borrowing costs for consumers and businesses and hurt their investments in cryptocurrencies and stocks.

"Rising interest rates, an acute risk-off mood across markets, a thinning of liquidity is all to blame: in short the end of free money from the Fed means the artificial pump that created these assets is no longer working," Neil Wilson at Markets.com told AFP news agency.

A tough road ahead

The sell-off in crypto comes amid a wider slump in asset prices. The US S&P 500 stocks index has been on a downhill as fears of recession in the world's largest economy grow. US central banker Loretta Mester said on Sunday the risk of a recession in the country has gone up.

"Most of these major central banks are praying for some relief from inflation and hoping the data falls in line, but unless there is a detente in the Ukraine-Russia war, escalation will continue to drive energy price fears so it could be a tough road ahead," Stephen Innes of SPI Asset Management told AFP.

Exacerbated by inflationary worries, the world of crypto has seen the collapse of a range of projects, among them stablecoin terraUSD and its associated token luna. Last week, cryptolender Celsius sent shockwaves among investors when it paused withdrawal of funds for customers.

This weekend, one of the biggest players in crypto, Singapore-based Three Arrows missed payments to lenders. The crypto hedge fund's troubles added to investors' doubts.

Major crypto companies have responded to the current slump as well. Cryptolender BlockFi and crypto exchange Coinbase have recently cut their staff by about 20% each. Several crypto exchange platforms halted trading recently to stem investor outflows.

"Even the loudest crypto cheerleaders from the big rally are now quiet. They are still optimistic long term but they are not saying this is the time to buy the dip," said Edward Moya, senior market analyst with OANDA.

The crypto crash comes after institutional investors piled record amounts of money into the sector in 2021. CB Insights, a research firm, reports that funding for blockchain projects reached $25.2 billion in 2021, up by 713% from the previous year. 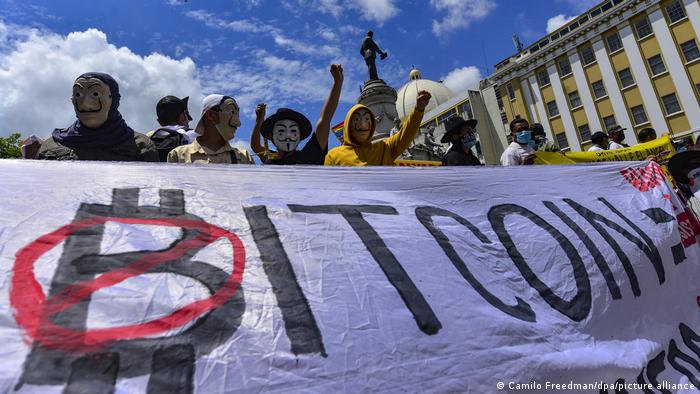 El Salvador in 2021 became the first country to accept bitcoin as legal tender. President Nayib Bukele's administration has spent about $105 million to buy bitcoin since then. The Latin American country paid about $46,000 per bitcoin on average — more than twice the value of the coins today.

Nevertheless, El Salvador's president is doubling down on the cryptoasset, suggesting on Twitter not to worry about bitcoin's price but rather "enjoy life."

Touadéra argued that the current crash is transitory and held firm in his judgment that bitcoin would bring "long-term prosperity."