A Croatian gay couple are set to become foster parents after a landmark ruling by a Zagreb court, local media reported. The couple filed a lawsuit after authorities abruptly rejected their bid to foster children. 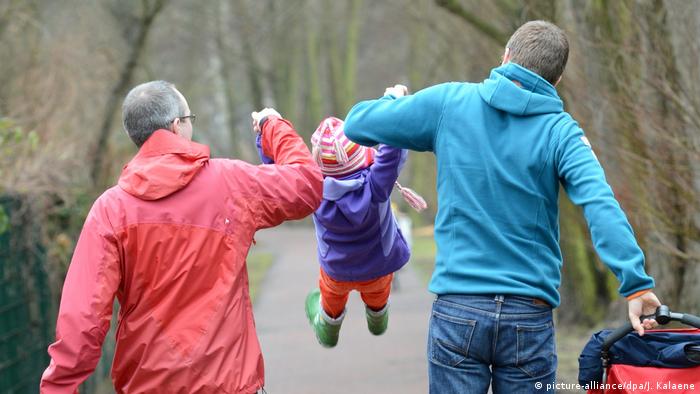 A court in Zagreb paved the way for a same-sex couple to foster children in Croatia, overruling a previous rejection by a child welfare center, according to Croatian media.

"We are overjoyed," one of the men, Ivo Segota, told the Jutarnji list daily.

Segota entered a so-called life partnership with Mladen Kozic in 2015. In 2017, they applied to become foster parents with the Zagreb Social Services Center.

"We were received very warmly and nicely … because Zagreb has a chronic deficit of foster homes, especially those who have the conditions and desire to foster several children, which forces the centers to separate biological siblings," Segota said. 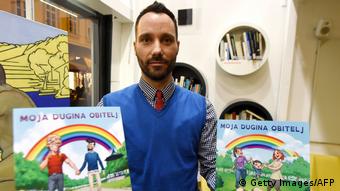 Despite successfully passing multiple tests, the center unexpectedly broke off communication and eventually rejected their plea. The provided explanation, according to Segota, was that there were no legal conditions for them to become foster parents as a life partnership couple.

The couple appealed the decision to the Family Ministry, but their appeal was rejected. They then sued against the decision.

Under Croatian law, same-sex marriages are not allowed. Life partnerships are equal with heterosexual marriages in all aspects except one — adopting children. The couple's attorney, Sanja Bezbradica Jelavic, argued that keeping the two from becoming foster parents amounted to discrimination.

The lawsuit argued the rights of children to have quality accommodation and care were also harmed by the center's decision.

"Because every child has a right to grow up in a family, and not an orphanage," said Kozic.

The Zagreb court sided with the plaintiffs and ordered the ministry to reach a different decision. The court's ruling is final and without possibility of appeal, lawyer Bezbradica Jelavic said.

"We believe that the authorities will honor the court's decision," she said.

The Social Services Center is obliged to act in accordance with the verdict, according to a report in newspaper Vecernji list.

Parallel to the legal clash over becoming foster parents, the couple is also battling a decision that prevents them from adopting children. The verdict is still pending.

The Berlin Zoo's two male penguins have been caring for the egg since July and have long sought to be new parents. The pair will find out in September if they are successful. (09.08.2019)

Two married men have become the first gay couple to adopt a child in Germany. Gay marriage became legal in Germany on October 1. (10.10.2017)

Gay parents flee Russia with kids: 'The authorities could take the children away'

Andrei and Yevgeny are married, with two adopted children. In an exclusive DW interview, they recount how they had to leave Moscow for fear that the Russian authorities would take their children away. (12.08.2019)

Marchers at Zagreb Pride faced "fascist violence" for the first time in a decade, organizers said. They accused two lawmakers of inciting hatred against the LGBTQ community.