Same-sex marriages will not happen in Croatia, following a national referendum. Two-thirds of voters backed a proposal to constitutionally define marriage as between heterosexuals. 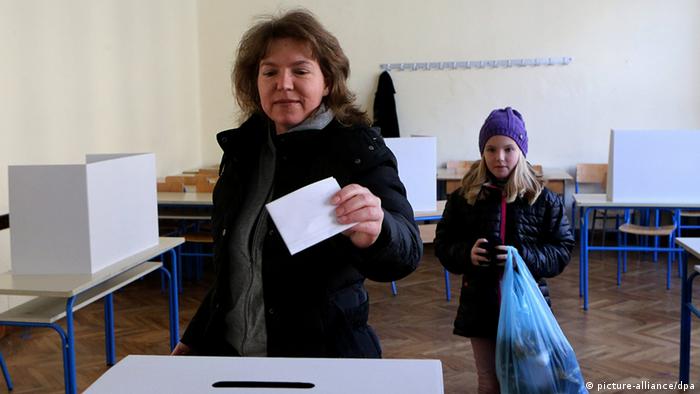 Results show more than 65 percent voted in support of an amendment to Croatia's constitution that would define marriage as a "union between a man and a woman". The referendum is the result of a campaign led by the Roman Catholic Church, but did not have support of the center-left government led by Prime Minister Zoran Milanovic.

A total of 65.76 percent of voters were in favor of the change being made, with ballots counted from almost 99 percent of polling stations.

Despite a relatively tolerant climate toward homosexuals, same-sex marriage is not recognized in Croatia. A referendum is being held on December 1 that would define marriage as being between a man and woman. (30.11.2013)

Until the vote, the country's constitution did not define marriage. The vote does not require a majority voter turnout to be valid.

The move has been branded discriminatory by gay rights groups.

Campaigners collected more than 700,000 signatures to initiate Sunday's referendum, using the title "In the Name of the Family."

In July, Croatia joined the 28-member EU bloc, which as a whole treats same-sex marriage as a sovereign issue for individual nations to decide.

The nation of 4.4 million is seen as socially conservative, with some 90 percent of people claiming to be Roman Catholic.