The crisis caused by the flow of refugees through the Balkans is turning into a trade war between Croatia and Serbia. The two countries have upped border restrictions amid mutual accusations. 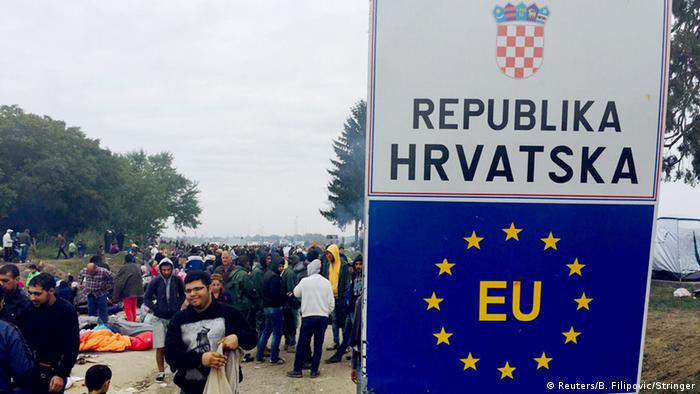 In a tit-for-tat escalation of border controls at the EU border, Croatia said on Thursday that it will ban Serbian licensed cars from entering the country. The move comes after Serbia announced on Thursday morning it will impose an embargo on all cargo and goods coming from Croatia.

Croatian Interior Minister Ranko Ostojic rebuffed earlier reports claiming that Croatia would also ban Serbian citizens from entering the country. However, there were reports some Serbian passport holders were turned back at the border over technical issues.

Serbia's embargo on Croatian goods came in response to Croatia having closed seven of eight border crossings and banned all trucks but those carrying perishable goods from entering the country in order to pressure Belgrade to redirect refugees towards Hungary and Romania. Croatia is a major gateway for goods from the EU entering Serbia.

Croatia has been overwhelmed by refugees making their way from the conflict torn Middle East and Africa through the Balkans on their way to richer countries in the EU.

Nearly 40,000 refugees, mostly from Syria, have crossed into Croatia since last Tuesday after Hungary erected a fence along its border with Serbia. Croatia has accused Serbia of bussing migrants entering the country from Macedonia to Croatia.

The crisis has also tested relations between Hungary and Croatia as well as the free movement of people within the Schengen zone.

The refugee crisis has tested relations between Croatia, the newest EU member, and its longtime foe Serbia, which backed Serb rebels during Croatia's struggle for independence in the early 1990 Balkan wars.

As the refugee crisis turns into a trade war, the Balkan states have issued mutual recriminations.

Croatian Prime Minister Zoran Milanovic said on Thursday after an EU summit to tackle the refugee issue that his country had intended to open up the border but "now we have to react to this."

"There will be no war or violence, everything will be calm, but this is not normal behavior (by Serbia)," he said.

"In their discriminatory character, [the restrictions] can only be compared with measures taken in the past, during the fascist Independent Croatia," the Serbian Foreign Ministry said in a statement.

The largest refugee crisis in Europe since World War II has tested EU leaders, who gathered until the early hours of Thursday morning to discuss measures to strengthen border controls in the bloc.

After a seven-hour marathon meeting the European Council pledged to "tackle the dramatic situation at our external borders and strengthen controls at those borders" by ramping up funding, staff and equipment for EU border and police agencies.

The EU also announced it would mobilize an extra 1 billion euros ($1.2 billion) for Syrian refugees in the Middle East.