Barack Obama continues on a path of reversing his predecessor's policy decisions. Latest case in point: the US now says it wants a seat on the UN Human Rights Council, a body George W. Bush had shunned. 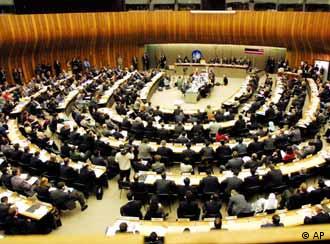 Everyone can take part in the Geneva council - which is the problem, critics say

Back in 2008, the Bush administration decided to "disengage" from the UN rights organization, saying it went too far in its tolerance of repressive states.

But the new US administration, already more active in the Council's deliberations, now says it is ready to take on a leadership role.

As one of three countries running for three vacant spots on the North America/Europe slate, the US is virtually assured to win a seat on the regionally organized, 47-member Council.

"Human rights are an essential element of American global foreign policy… With others, we will engage in the work of improving the UN human rights system," US Secretary of State Hillary Clinton said in a statement.

"We are very delighted to hear that United States wants to come back," Uhomoibhi said. "We believe they will be a force for good in the council." 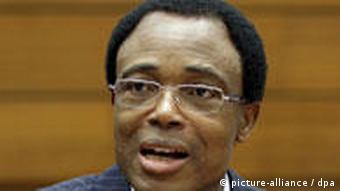 Juliette de Rivero, the spokeswoman for human-rights watchdog Human Rights Watch in Geneva, said they were "particularly happy about the decision, which we had long been advocating for."

But opponents say the UN body is so deeply flawed that the US would be better served by continuing its boycott.

The current Human Rights Council is a reformed version of its predecessor, the UN Commission on Human Rights. That organization was discredited for allowing countries with abominable rights records -- such as Sudan and Zimbabwe, to join and to form powerful voting blocs that critics say stood in the way of change.

The new Human Rights Council, which was formed in 2006, has greater transparency, but critics say it is still sorely lacking. They complain that its structures shield countries that continue to flaunt human rights -- like China, Cuba and Saudi Arabia -- while Israel and other democracies are disproportionately targeted. And they argue recent Council condemnations of free speech are anti-democratic.

The revamped Council "has continued to focus biased attention on Israel to the detriment of a balanced approach to the Palestinian-Israeli situation," said Brett Schaefer, a public policy analyst at conservative US think tank the Heritage Foundation.

"And it has ignored rampant human-rights abuses in a number of different countries around the world -- such as China, Cuba and Zimbabwe - that, in their extent, scope and history actually dwarf those human rights abuses that are going on in the Israeli-Palestinian conflict."

Human Rights Watch said the body is not perfect, but it is better than nothing

Schaefer and other critics recommend the UN set criteria that member countries would have to meet before they are given decision-making power on human rights.

That would fix the "main flaw," he said. "Right now, the inmates run the asylum. The countries that you want most to scrutinize are those that are driving the agenda.… And just having the US on the Council is not going to overcome that fact."

But Juliette de Rivero of Human Rights Watch -- who had found the Bush administration's decision to officially disengage from Council business "a counterproductive and short sighted victory for abusive states" -- believes the US will do more good than harm on the Council.

She acknowledged that "a lot can be done to improve the work of the Council, particularly in specific country situations."

Still, she noted that the US's decision to close the illegal prison in Guantanamo Bay, Cuba "can be an example for other countries that you do need to acknowledge the mistakes you have committed, and to address human rights violations."

In other words, the US could be a good example.

"All countries have human rights issues and the Council's mandate is to examine them," she said.

Human Rights Council President Uhomoibhi also admitted that the Council is "not a perfect institution." But he believes it has the potential to make a contribution to the promotion of human rights -- and that countries have a responsibility to contribute to that potential.

'Foxes are guarding the chickens'

Many critics take a less optimistic view of the situation, however. UN watchdog groups UN Watch and Freedom Watch published a study saying seven of the 18 countries that are expected to take seats on the council next week were completely unqualified to sit on the body, based on an annual human-rights score issued by Freedom Watch.

Electing these countries to the Council is like "choosing the foxes to guard the chickens," wrote UN Watch head Hillel Neuer.

In fact, critics say, the US presence on the Council will not change the dynamics of the Council or help bring about an end to human-rights violations -- it simply means the US will lose any leverage it has to protest change, the Heritage Foundation's Schaefer argues.

The US will be one of 47 votes, and "one of 11 or 12 that actually are willing to step forward and champion human rights. The rest of those countries are either indifferent, or hostile to human rights," Schaefer said.

"In this case, being there is not part of the solution."

Zimbabwe's rival parties announced at the African Union Summit on Sunday that they would form a new unity government. The EU has welcomed the decision but has said its sanctions on Harare would remain in place. (02.02.2009)

Zimbabwe's ruler Robert Mugabe is destroying his country and trampling human rights as the international community looks on. It's an impossibility and a sign of helplessness, says Deutsche Welle's Ute Schaeffer. (12.12.2008)

Feb. 23 marks the 50th anniversary of the European Court of Human Rights, the continent's foremost human-rights watchdog based in Strasbourg. (23.02.2009)