The CDC's limited approval comes weeks after US President Joe Biden's administration announced a sweeping plan that would allow nearly all American adults to get a third shot. 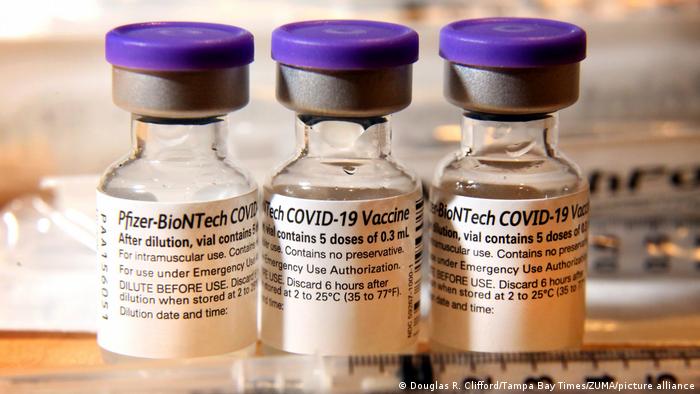 A third shot has been approved for those 65 and above, people at risk of severe disease, and those who are regularly exposed to the virus

The United States Centers for Disease Control and Prevention (CDC) late on Thursday approved a booster shot of the BioNTech-Pfizer coronavirus vaccine for Americans aged 65 and older, as well as some adults at risk of severe disease and some who work in high-risk settings.

This comes after an advisory panel recommended boosters only for the elderly and some adults with underlying medical conditions — and not those in high-risk jobs or living conditions.

"In a pandemic, even with uncertainty, we must take actions that we anticipate will do the greatest good," CDC Director Rochelle Walensky said, adding that the agency had to make the decision on complex, often imperfect data.

The approval from US agencies comes weeks after President Joe Biden's administration announced a sweeping plan that would allow nearly all American adults to get a third shot to amp up protection as the country battles to contain the spread of the highly infectious delta variant.

While the authorization offers a much more scaled-back version of the White House announcement, it would allow groups such as health care workers, teachers and daycare staff, grocery workers and those in homeless shelters or prisons to get boosters.

"As we learn more about the safety and effectiveness of COVID-19 vaccines, including the use of a booster dose, we will continue to evaluate the rapidly changing science and keep the public informed,'' FDA acting Commissioner Janet Woodcock said in a statement.

A follow-up to FDA approval

A day earlier, the US Food and Drug Administration (FDA) on Wednesday authorized a booster dose of the BioNTech-Pfizer coronavirus vaccine for several at-risk groups, including Americans 65 years of age and older, those at risk of severe disease, and people who are regularly exposed to the virus.

The FDA's limited approval was expected after its own panel of experts rejected Biden's plans to offer the shot to all eligible adults over a lack of comprehensive scientific evidence.

The science on boosters remained complicated with the COVID-19 vaccines offering strong protection against severe infections, hospitalization and death on one hand, and some signs of more low-grade infections as immunity wanes among the vaccinated on the other.

Some countries such as Israel and Britain have rolled out booster campaigns to stem the spread of the delta variant. In the US, extra shots have already been authorized for people with compromised immune systems. Over 2 million people have received the third shot, since the approval last month.

According to the plan announced by the Biden administration, additional shots were to be offered across the board starting this week. However, the rollout is now expected to be a gradual one.

The debate around booster shots comes as the World Health Organization and other global health advocates oppose wealthy nations offering a third round of shots when poor countries don't have enough vaccines for their first doses.

Many independent scientists also say that the vaccines continue to perform well against the worst effects of the virus.

Covid-19 and the fourth wave: Pandemic for the unvaccinated?