Advisers to the US Food and Drug Administration have voted against approving COVID-19 vaccine booster shots to Americans ages 16 and up. The panel later backed booster shots for the elderly. 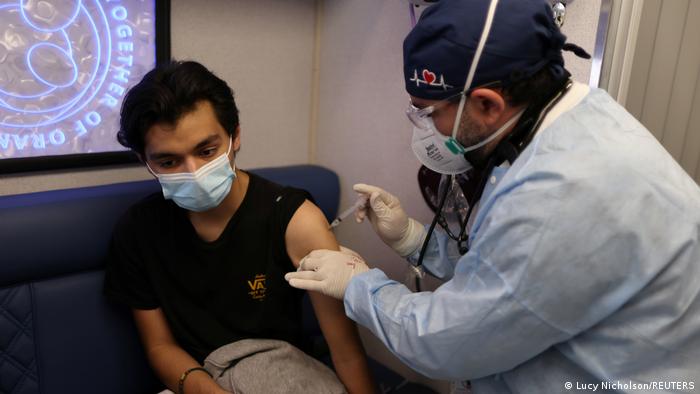 The panel of experts expressed concerns about younger age groups getting a third booster shot, but backed it for older people

A US federal advisory panelmade up of a team of experts on Friday rejected a plan to give COVID-19 booster shots to most Americans.

Members of the panel expressed concern over the lack of data from Pfizer over the safety of administering the extra doses — especially for younger age groups.

The vote was 16 to 2 against the extra shot for people 16-years-old and up. The panel also had doubts over the value of mass boosters.

During a second vote on Friday, the panel backed booster shots for people who are over 65-years-old and others who are deemed to be high-risk.

The rejection of the plan is a knock to the Biden administration's campaign to offer boosters to most Americans.

What did the panel of experts say?

There was a level of concern among the experts over the necessity of given a third shot to younger Americans.

Dr. Cody Meissner of Tufts Medical Center said he was worried about extra doses being administered to younger age groups considering the risk of heart inflammation seen in younger malesafter a second shot.

"I don't think a booster dose is going to significantly contribute to controlling the pandemic," said Meissner.

Dr. Paul Offit who is a vaccine expert at the Children's Hospital of Philadelphia was more willing to support a third dose for those over 60 but said, "I really have trouble" supporting the added jab down to age 16.

Dr. Amanda Cohn felt the emphasis should be placed on those who had yet to be inoculated.

"At this moment it is clear that the unvaccinated are driving transmission in the United States," she said.

In August, President Joe Biden announced a plan that would see every adult American receive a booster shot eight months after receiving the second jab. Biden said the extra measure would make Americans safer, for longer.

The plan, however, is on the ropes, with leading scientists questioning the sense in providing boosters at at this point  in the pandemic.

The FDA must now make a decision based on the the expert panel's recommendations, which will be expected in the coming days.

However its not just the FDA that needs to sign off on Biden's vaccine plans.

Booster shots also need to pass the scrutiny of the Centers for Disease Control and Prevention.