Travel in times of COVID

Travel in Europe is subject to COVID-19 restrictions. The omicron variant has led to higher numbers of infections, which are often less severe. This is how Germany is responding to the current situation. 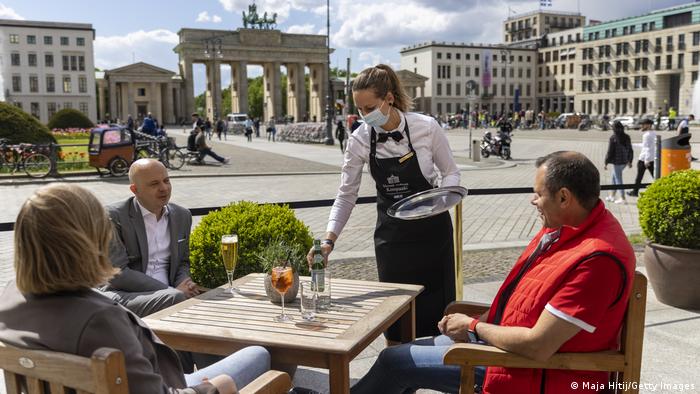 Access to restaurants, bars and cafes is no longer restricted to fully vaccinated people or those who can present a negative COVID-19 test

As a general rule, anyone arriving in Germany — whether by airplane, car, train or ship — must present either a negative test result, proof of vaccination, or documentation proving their recovery from COVID-19.

Main article: What are the COVID entry rules for travelers to European countries?

Although case numbers remain high, most hygiene and social distancing rules have been lifted. Masks must, however, still be worn on public transport, in hospitals and nursing homes.

Individual German states have the power to impose their own restrictions. It is therefore advisable to check which regional rules apply before traveling, as they can change at short notice.

German leaders are preparing to ease anti-pandemic measures as the country eyes an end to the omicron wave, according to reports. A proposed three-step plan would gradually lift most restrictions by March 20.

Germany hits new COVID record amid continued debate on what next

Germany has reported another daily record of coronavirus infections as the debate over which restrictions to keep and which to relax rages on. Two medical officials voiced very differing views in Friday's papers.