COVID numbers are rising in Germany — but who cares?

COVID-19 is spreading again in Germany. Medical experts are already looking ahead to the colder months and fear that Germany will not be prepared for the virus to return with force. 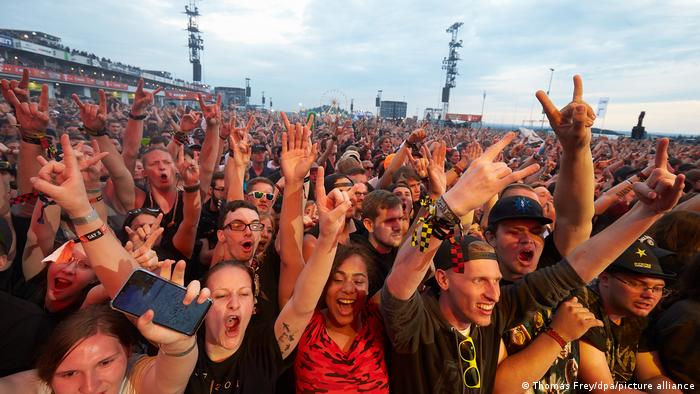 People in Germany are spending their summer with COVID-19 out of mind, if not out of sight. With most restrictions now lifted, they are traveling and filling bars, restaurants, and clubs. Festivals and other events are taking place again, and many are trying to make up for lost time.

In fact, confirmed cases and hospitalizations are higher now than at the same time in either of the last two years, but Germany's third pandemic summer feels like the most normal.

Like other countries, Germany is seeing an increase in coronavirus cases caused by the BA.5 subvariant, which the World Health Organization (WHO) currently classifies as a "variant of concern."

Health Minister Karl Lauterbach has spoken of a "summer wave" of new infections sweeping the country. "This has unfortunately become a fact," he told the Rheinische Post newspaper. On Twitter, he urged vulnerable individuals to get a fourth shot of the vaccine and suggested the wearing of masks in closed spaces.

"No one can say right now if omicron will continue to dominate in the fall and winter; whether we'll have a harmless variant or one that causes serious cases," said Klaus Reinhardt, the president of the German Medical Association (BÄK), in a statement last week criticizing state and federal pandemic planning.

Specifically, they and others in their field want to focus on keeping schools open, protecting the most vulnerable, boosting immunity, and ensuring normal operations of hospitals and other critical infrastructure.

Throughout the pandemic, doctors and researchers have lamented that Germany has been "flying blind." The absence of reliable and consistent data is "not a good basis for rational decisions," the statement said.

The doctors' association was speaking in support of a list of recommendations — foremost better data collection — put out by the so-called expert council, a multidisciplinary body set up to advise the government on its pandemic strategy. At the moment this is no straightforward task, given the crossroads at which Germany finds itself.

On one hand, the country is benefitting from a "high level of immunity," according to the report, and variants that cause relatively mild cases. On the other hand, that immunity may wane and a "vaccination gap" still persists, as rates haven't seen a significant bump in months. Those factors together could prove problematic in winter, especially if a variant emerges that is more dangerous than omicron or its circulating sub-variants.

The council laid out three scenarios for the coming fall, based primarily on the severity of the dominant variant. In the best case, infections remain mild and hospitals can cope with the patient load, including due to the normal flu season. At most, restrictions would be necessary only for at-risk people.

In a worst-case scenario, hospitals would be overrun with life-threatening cases. Then, restrictions on social contact and widespread use of masks would become necessary again, and vaccination centers would have to reopen for a fourth round of mass immunization.

The council has an in-between outlook, which calls for some mask use and capacity limits at public events, with the ad hoc addition of stricter measures in regions with more serious outbreaks. 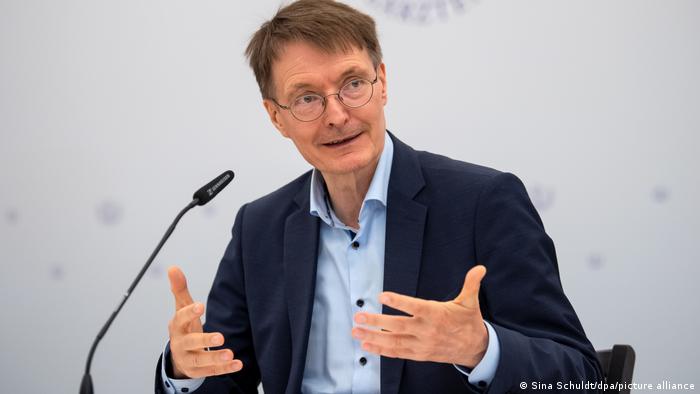 It will be the job of state and federal leaders to translate experts' scientific recommendations into political decisions. They have to take into account not just the pandemic, but knock-on economic and psychological effects. For example, a new study from the Kiel Institute, a think tank, found that closing schools effectively slows the spread of the virus. However, it has also been detrimental to child well-being.

Less invasive steps, such as better communication with the public, a comprehensive testing strategy and medical masks, could go a long way in controlling COVID-19, the study found, which looked at 14 non-medical measures in 182 countries in the first year of the pandemic.

The government's initial impulse is to wait at least until the end of June before making decisions about the fall. That's when another advisory group releases its evaluation of existing measures. Officials say they will then use the summer break to discuss with states about the way forward.

"I'm asking for a little bit of patience, but preparations for measures are currently underway," Sebastian Gülde, a spokesperson for the Federal Health Ministry, said in response to a DW query.

The current version of the federal law that regulates the government's power to enforce pandemic restrictions expires on September 23. That sets up a parliamentary fight over changes between the three-party ruling coalition and the opposition. That happened the last time the law was amended, when the Social Democrat-led government was taking power in late fall and cases began to rise again. Critics said the changes left states confused and with little authority to control the pandemic, and some measures had to be written back in after the fact. When in doubt, vaccinate

The ruling parties themselves may not be on the same page. Several members of the Greens have advocated for getting ahead of any possible surge. The Free Democrats, in keeping with their laissez-faire approach to governing, have been more hesitant. Earlier this year, they opposed their partners in government and prevented a law on mandatory vaccination for all adults. A mandatory vaccination exists only for certain groups of the population, such as health workers or soldiers.

The protection provided by COVID vaccines or past infection slowly decreases over time, as antibody levels drop. So new infections, for example with the variant BA.5, are possible despite vaccination or past infection.

The Federal Health Ministry, which the coalition-leading Social Democrats run, has concerned itself largely with ensuring that Germany has enough vaccines on hand, although a second booster is so far not in the cards for the general population.

An omicron-specific vaccine will be available in the fall, the ministry spokesperson said. Originally, vaccine maker BioNTech said it would be ready for approval in April or May.

Opinion: Germany's vaccine mandate was a disaster in the making

Germany wanted to make everything better by introducing a COVID vaccine mandate, which hardly any country has done. Now, the proposal's failure is undermining trust in the government's pandemic plan, says Jens Thurau.