COVID: Israel bans travel to US amid omicron concerns

As the omicron coronavirus variant takes hold across the world, Israel has placed a ban on all travel to the United States. Germany has also been added to the "no-fly" list. 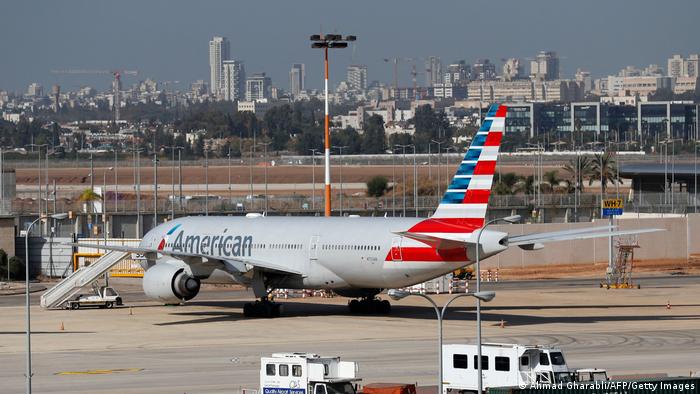 Israel announced on Monday that its citizens would be banned from traveling to the US without special permission as of midnight local time on Wednesday (22:00 UTC Tuesday).

A statement issued by Prime Minister Naftali Bennett's office cited concerns over the spread of the omicron variant of the coronavirus as the reason for the ban, which also now includes Germany, Italy, Belgium, Hungary, Morocco, Portugal, Canada, Switzerland and Turkey.

The statement said Cabinet ministers had voted to instate the ban on these countries on Monday following advice from the Health Ministry.

Israeli citizens are now banned from traveling to more than 50 countries.

What does the travel ban entail?

Israeli citizens and permanent residents will not be able to travel to the US unless they have special permission.

All travelers, including those who are vaccinated or recovered and carry a valid COVID-19 certificate, will have to go into isolation for 14 days upon their return from the US.

Those who are not vaccinated or recovered will have to isolate in a managed facility unless they have a negative result from a PCR test taken on arrival. In that case, they will be permitted to complete their isolation period at home if they declare that no one other than them lives or stays where they are isolating.

Non-Israeli citizens coming from the US will not be allowed to enter Israel unless they have special permission.

The same rules apply to all the countries on Israel's "red list" of countries considered to pose a high coronavirus risk.

What other countries can learn from Israel about COVID-19

Since it was first reported in November in South Africa, the omicron variant has been identified in dozens of countries. The spread of the variant has prompted many countries to reimpose travel restrictions and other measures.

Despite indications that it is not more severe than the delta variant of the virus, early data suggests that omicron could be more resistant to vaccines and have higher rates of transmission.

Israel's Health Ministry had reported 175 cases of the new variant as of Sunday.