Organizers are hoping the relay turns popular opinion in favor of the postponed mass sporting event. 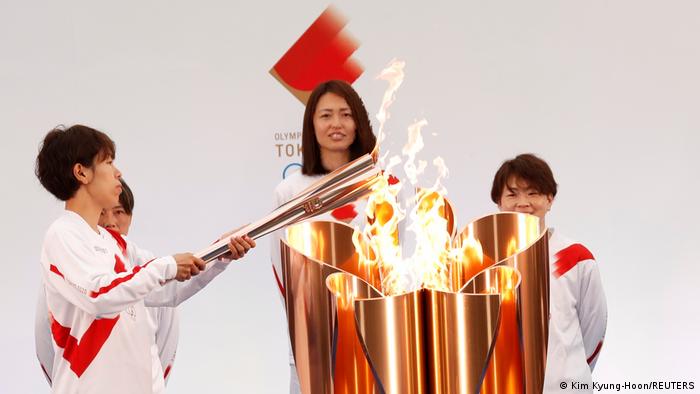 The Olympic torch relay set off from Fukushima on Thursday, starting a four-month countdown to the postponed games set to be held in Japan's capital Tokyo.

The relay is being viewed as a test for the Olympics and their popularity after the Games were postponed last year amid the global coronavirus pandemic.

The starting ceremony was held at J-Village in Fukushima. A decade ago, a huge tsunami struck the prefecture, killing an estimated 20,000 people and causing a meltdown at the Fukushima Daiichi power plant.

The first runner with the torch was Azusa Iwashimizu, a key player in the Japan team that won the Women's football World Cup in 2011. 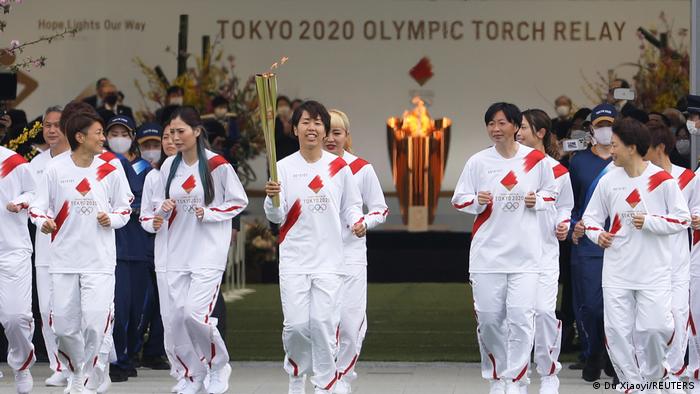 Azusa Iwashimizu, a key player in the Japan team that won the Women's 2011 World Cup, was the first runner with the torch

The ceremony was closed to the public because of the fear of spreading COVID-19 but was streamed live.

But it still featured several low-key events, including a drum concert and dance performances by a group of residents from Fukushima, followed by a children's choir.

"For the past year, as the entire world underwent a difficult period, the Olympic flame was kept alive quietly but powerfully," Tokyo 2020 president Seiko Hashimoto said at the opening ceremony.

Speaking from Tokyo, US Japanese Prime Minister Yoshihide Suga said his government was cooperating with the local officials and the International Olympic Committee to host a secure Olympics.

"We will do our utmost in terms of coronavirus measures and continue to work with related areas to contain the spread of infections and hope to work towards a safe and secure Games," Suga said.

Where next for the torch?

The torch will first travel through some of the areas worst-hit by the tsunami. 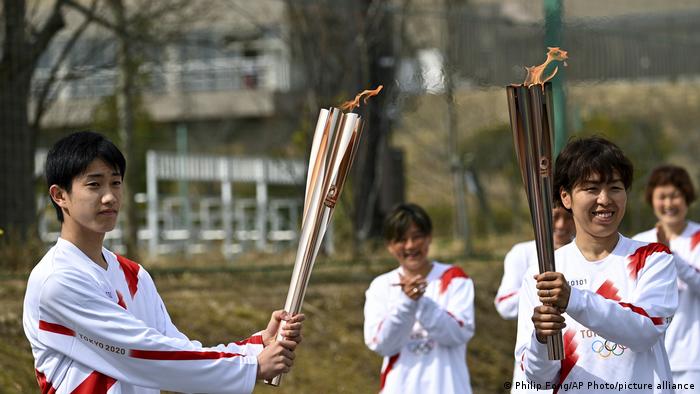 In total, the relay will pass through each of Japan's 47 prefectures. About 10,000 runners are expected to take part. The entire relay is set to last 121 days.

Roadside onlookers elsewhere have been told to wear masks and maintain social distance.

Local organizers and the International Olympic Committee hope the relay will turn public opinion in Japan in favor of the Olympics.

The majority of the public is against the Olympics being held as scheduled due to concerns about the virus, polls show.

There is also opposition to the soaring cost of staging the Olympics, now put officially at $15.4 billion (€13.4 billion), due to the event's year-long suspension.

Ticket revenue for the Olympics was to be $800 million but will be severely reduced by a cut in spectator numbers. Japanese government entities will have to make up the shortfall.