Health regulator Anvisa cited lack of consistent and reliable data for rejecting the import of the vaccine. Sputnik V producers slammed the decision as "political." 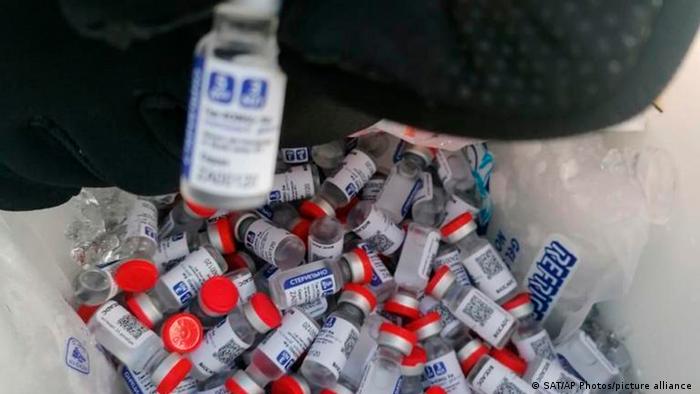 Anvisa had previously expressed concerns over the effectiveness of Sputnik

The health regulator said that due to lack of "consistent and reliable data," its board had unanimously decided to recommend against the import of Sputnik V.

About 14 states in Brazil had appealed for an urgent import of Sputnik to counter a growing wave of COVID-19 infections.

The country has over 14 million recorded cases with a death toll approaching 400,000.

Anvisa said that it wasn't flexible in terms of "product safety."

Gustavo Mendes, the medicines and biological products manager of Anvisa, said that a crucial issue the board noticed was the presence of adenovirus in the vaccine, which could produce a "serious" defect.

The decision follows a previous statement from Anvisa, expressing "critical issues" around the effectiveness of the vaccine.

"Anvisa's delays in approving Sputnik V are unfortunately of a political nature and have nothing to do with access to information or science," the official Sputnik V Twitter account said.

It pointed to a recent US government report that said Washington had tried to persuade Brazil not to use Sputnik.

"The United States Department of Health, in its 2020 annual report several months ago, publicly stated that the United States health attache 'persuaded Brazil to reject the Russian vaccine against COVID-19,'" the account added.

Sputnik approval around the world

Sputnik V has been approved in several countries, including India. However, the EU hasn't yet followed suit, saying it needs more information on the tests and manufacturing process of the jab.

Russian scientists claim that the vaccine is 97.6% effective against COVID-19, based on data collected from 3.8 million people in a "real world" assessment.

Officially, Russia's borders with most countries are still closed because of the pandemic. But international tour agencies are already booking vaccination trips to Moscow — seemingly with tacit backing from the Kremlin.

Coronavirus digest: 1 million people vaccinated in the US

While the milestone was welcome news, the country will likely be unable to reach its initial target for 2020. Another new variant of COVID-19 appears to have emerged in Nigeria. Keep up to date with DW.

Brazil has registered a record daily death tally as the country's vaccination drive struggles with a lack of shots. Follow DW for the latest.

A senior WHO official says the vaccine is still recommended for use, as studies probe a possible link to blood clots. Meanwhile, Brazil has announced the development of its own shot.

An EU commissioner has said Europe could reach COVID-19 herd immunity by July. The optimistic note comes as several European countries are experiencing surges in infections and new lockdowns. Follow DW for the latest.