The rapid spread of omicron had concerned virologists. Now, African scientists are optimistic that the variant could mark the end of the pandemic and the beginning of an endemic. As of Friday, January 21, the coronavirus pandemic had claimed the lives of more than 5.5 million people worldwide. The highly contagious omicron and delta variants are responsible for the exponential infection numbers recorded daily.

Omicron, first detected and documented in South Africa, is becoming the dominant variant in many parts of the world, including across Africa. A South African study has shown that, despite the high number of infections, deaths haven't increased statistically significantly when compared with previous variants.

The fourth wave of infections has been slowing in South Africa, and life is gradually returning to normal for the first time since the pandemic's start in 2020.

"I do wish that I won't even hear the name COVID. That's what we are wishing for," one resident of Cape Town told DW.

Another resident told DW: "It's very nice to see everyone going out and about, relaxing, going outside. We've been locked down in our houses for how long now?! I hope that omicron is actually the final stage of this virus."

South African virologist Wolfgang Preiser told DW that the behavior of the omicron variant gives hope that the pandemic could become endemic. But he added that it could only be achieved when most of the population has a primary immunity from a previous infection or vaccination.

"I still hope we can get around regular booster shots," Preiser said.

"If another variant doesn't come as a nasty surprise, then we can keep our immunity up by natural means via regular reinfections with the coronavirus," Preiser added. 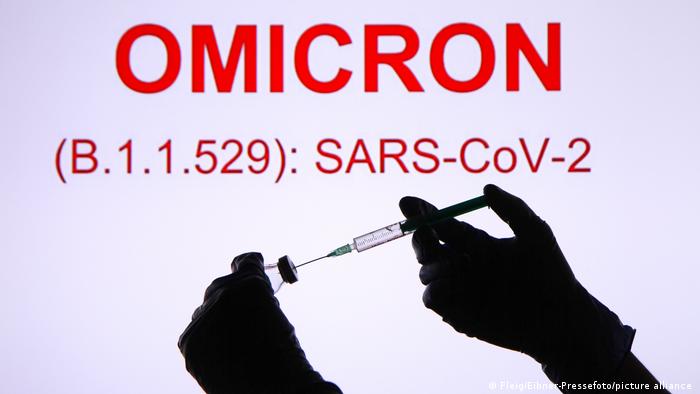 Omicron is considered the most contagious of all known coronavirus variants

The comparatively mild infections caused by the omicron variant have proved to be good news for African countries where infections have been rising — and have also given scientists hope of a possible end to the pandemic.

"This is very good news," the Ghanaian epidemiologist Fred Binka told DW. "Viruses have two major characteristics: They have virulence, and they also have the transmission capabilities."

"They either mutate and gain strength in the transmissibility or their virulence," Binka said. "So, when they become very transmissible, you have the lower virulence."

Binka sounded upbeat, adding: "It is obvious that the pandemic is coming to an end, the virus has now established itself, and it will be endemic and be here forever." He predicted that COVID-19 will become a typical disease "that we can live with and treat." 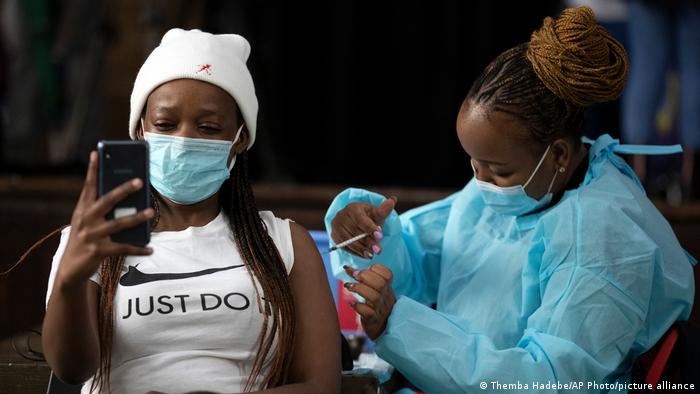 Africa is the least-vaccinated continent worldwide

According to the World Health Organization, the relatively mild infections do not mean that the world is out of the danger zone yet.

This week, WHO chief Tedros Adhanom Ghebreyesus told reporters that the pandemic is nowhere near over. "Omicron may be less severe, on average, but the narrative that it is a mild disease is misleading," Tedros said.

"Make no mistake: Omicron is causing hospitalizations and deaths, and even the less-severe cases are inundating health facilities," he added.

Globally, deaths continue to rise. In Africa, there are still concerns about the impact of the pandemic, with vaccinations rates being the lowest in the world. Only 7% of Africa's population has received a COVID jab.

"If you get to a situation where nearly everyone has had it or has been vaccinated, you can relax," Preiser said.

Preiser said African countries, including South Africa, would need to keep pushing for populations to get vaccinated.

Binka also said remaining vigilant was key. "Caution is the order of the day," Binka said, adding that not all details about Omicron "has been documented, so let's wait another six months and see what will happen."

The cautious optimism from the African scientists comes after another study published in JAMA Pediatrics and led by a University of Pittsburgh infectious diseases epidemiologist found that children hospitalized with COVID-19 in sub-Saharan Africa are dying at a faster rate than in the US and Europe.

According to the study, children of all ages with comorbidities — including high blood pressure, chronic lung diseases, hematological disorders and cancer — were more likely to die. 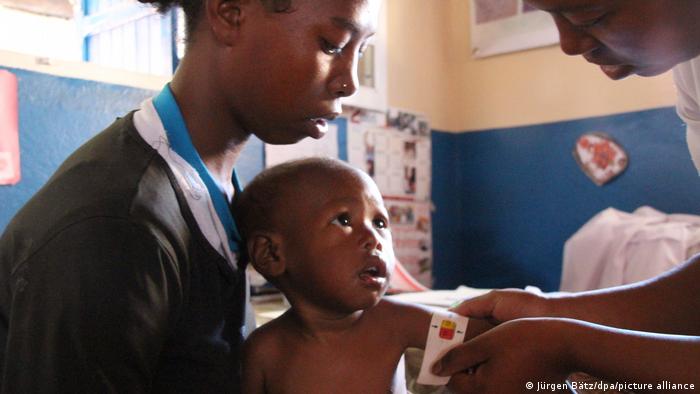 "Although our study looked at data from earlier in the pandemic, the situation hasn't changed much for the children of Africa," said lead author Jean B. Nachega, an associate professor of infectious diseases and microbiology and epidemiology at Pitt's Graduate School of Public Health.

"If anything, it is expected to be worsening with the global emergence of the highly contagious omicron variant," Nachega said.

The professor called on officials to urgently increase COVID-19 vaccinations and therapeutic interventions for eligible at-risk children and adolescents in Africa.

"Africa should no longer be last in line to access vaccines against pandemics," Ramaphosa said at the facility's opening.

COVID: Omicron 'not a common cold' yet, virologist warns

Wolfgang Preiser, the virologist who first discovered omicron, has spoken to DW about the rapid rise in casesof COVID-19. He predicts that most people will catch the new variant.