South Africa 'may have passed' peak of fourth COVID wave

Health officials reported a nearly 30% drop in new COVID cases, suggesting the country has passed the peak of its fourth wave of infections, and prompting the easing of some restrictions. 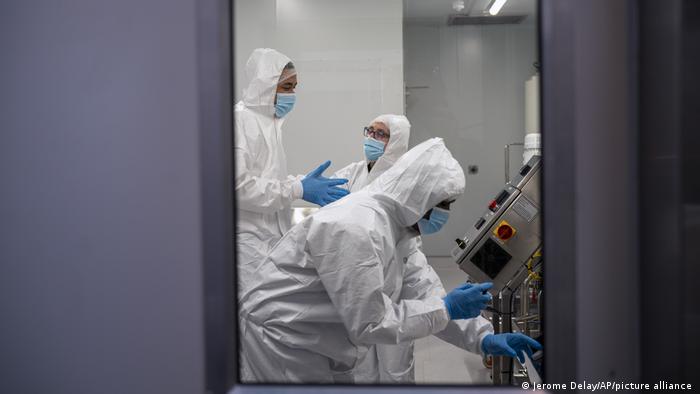 The South African government said on Thursday that it believes the country has made it through the peak of the fourth wave of coronavirus infections.

Following a special Cabinet meeting, authorities announced that COVID-19 restrictions would therefore be eased, including a midnight to 4 a.m. curfew.

What did the South African government say?

In a statement, the office of the presidency said: "All indicators suggest the country may have passed the peak of the fourth wave at a national level."

The country's Health Department reported that there had been a 29.7% decrease in the number of new cases in the week ending 25 December 2021, where 89,781  infections were recorded. In the week before, there had been 127,753 cases detected.

Shortly after South African scientists discovered the omicron variant in November, there had been a dramatic spike in cases. The country's medical sector, however, reported that omicron cases appeared to be milder than those seen in previous waves.

The latest developments could potentially offer the rest of the world a glimmer of hope.

The office of the president noted in a series of tweets: "While the omicron variant is highly transmissible, there has been lower rates of hospitalisation than in previous waves."

According to health authorities, cases and hospitalizations had declined in all provinces except the Western Cape.

"Vaccination remains the best defence against severe illness, hospitalisation and death from COVID-19," the government statement said, encouraging those who had not received the jab to do so as soon as possible.

Wearing face masks in public spaces will still be mandatory and restrictions for the number of people allowed to attend gatherings were still in place.

South Africa has been among the hardest hit on the continent, with 3.5 million infections and around 91,000 deaths since the start of the pandemic.

Over 26% of the country's population of 59 million people have been fully vaccinated.

The economy has also taken a battering, and the pandemic has made the country's unemployment crisis, which was bad to begin with, even worse.