Couple who sheltered Jewish filmmaker Roman Polanski during World War II named ′Righteous Among the Nations′ | Europe | News and current affairs from around the continent | DW | 19.10.2020 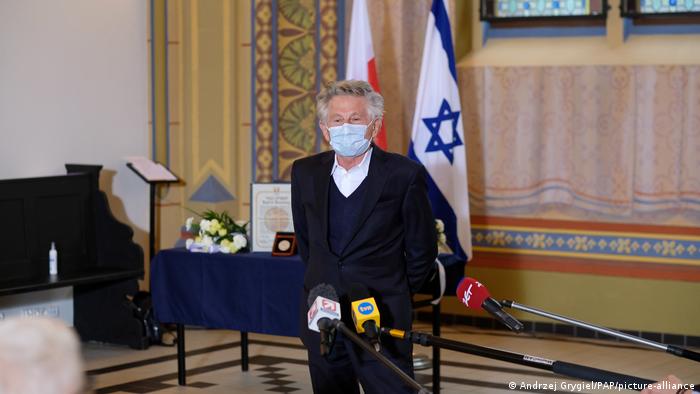 The Buchala family was poor. They lived in a small house in the village of Wysoka, near the southern Polish city of Krakow. Dinner usually consisted of potatoes and sometimes there was milk. In late summer, there might be blueberries and mushrooms. 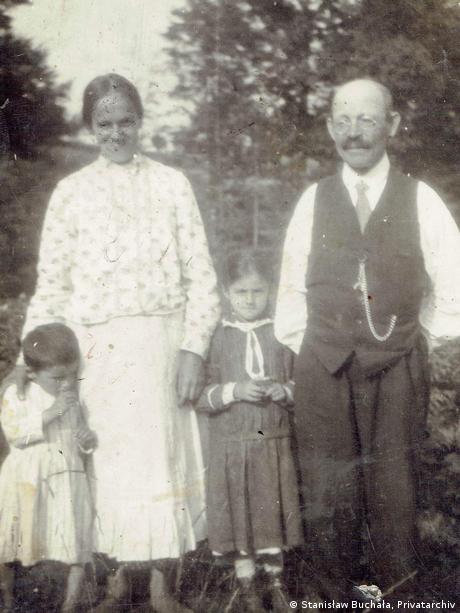 There were already three children to feed but Stefania and Jan did not hesitate to help the young Jewish boy whose father had smuggled him out of the Krakow ghetto in March 1943. He was nine-years-old and had been handed from one family to the next before ending up with the Buchalas where he stayed until the end of the war in 1945. The Buchala children assumed that "Romek" was their brother. And after the war, they said he had gone to the US.

They never knew he had grown up to become famous film director Roman Polanski.

Polanski, for his part, remembered the "good" that Stefania had shown him and said what her and her husband, Jan, had done for him was "incredible." He added that daily life had been a "struggle for survival."

Following the end of the war, Polanski returned twice to the village in an attempt to find out what had happened to the house and the Buchalas. His search was in vain.

'Romek,' the uncle in the US

However, young filmmakers Mateusz Kudla and Anna Kokoszka-Romer did. While making a film about Polanski's wartime experiences and those of his friend, photographer Ryszard Horowitz, they were able to track down Stanislaw Buchala, whose father was Stefania and Jan's son, Ludwik.

Stanislaw had no idea what his grandparents had done. He only knew that he had an Uncle Romek in the US. His father had died in 1999, convinced that Romek was his brother. He had probably never even heard of Polanski's autobiography in which the filmmaker describes what the Buchalas did for him. A scene from Mateusz Kudla and Anna Kokoszka-Romer's film "Polanski, Horowitz. The wizards from the ghetto"

The two young filmmakers arranged a meeting between Polanski and Buchala which confirmed their suspicions. "Stanislaw Buchala showed him pictures of his grandmother and Polanski said that she was the one who had saved his life," Kokoszka-Romer told DW, saying that it was a very moving moment when they all travelled to Wysoka together. "Polanski told Buchala everything about his grandparents, where the house was, what his grandfather did, where the apples and plums had grown. Polanski brought him back to his roots."

After the meeting, Polanski turned to Israel's Yad Vashem — The World Holocaust Remembrance Center — in Jerusalem, and requested the Buchalas be posthumously honored as "Righteous Among the Nations," an honor bestowed on non-Jews who risked their lives to help Jewish people during the Holocaust.

"Without thinking, but only from love for another person, Stefania risked her life, that of her husband and children, by hiding me in her house for almost two years,” he wrote in his letter. "Despite their poverty and lack of food, she took care to hide and feed me."

On October 15, 2020, Polanski's wish was finally granted at a ceremony at a Jewish center in the southern Polish city of Gliwice. Over 75 years since the end of the Second World War, Stanislaw Buchala received the medal and diploma on behalf of his grandparents, both of whom died in 1953. "This is the expression that my grandparents showed the greatest humanity," he said. "The fact that Polanski remembers them means that he was treated well by them. He has good memories. He looked for my family. He wanted to say 'thank you.'"

Polanski, who also attended the ceremony, recalled how he had returned to the village after the war to see where he had been hidden: "The straw-covered house was no longer there."

'Righteous Among the Nations'

About 27,000 people and organizations have been declared "Righteous Among the Nations." Yad Vashem pays tribute to them with a Wall of Honor in the Garden of the Righteous on the Mount of Remembrance where they are listed by name and country. Of those honored, over 7,000 have been Polish. For Barbara Engelking, the founder and director of the Polish Center for Holocaust Research in Warsaw, this makes perfect sense, considering half of the 6 million Jews who were murdered in the Holocaust were Polish. "It would be strange if in the country where the most Jews lived and that which became the epicenter of the Holocaust, it wasn't also the country with the most people who helped."

Engelking added that it was difficult to categorize some people's motives, pointing out that for a number of Poles it was just a means of making money, which, in some cases, also led to the exploitation of Jews.

"But there were also other motives, such as solidarity and friendship."

Editor's note: Polanski, who now resides in France, traveled to Poland — one of a limited number of countries the film director can travel to — given the fact he fled the US over four decades ago after pleading guilty to unlawful sexual intercourse with a 13-year-old girl.