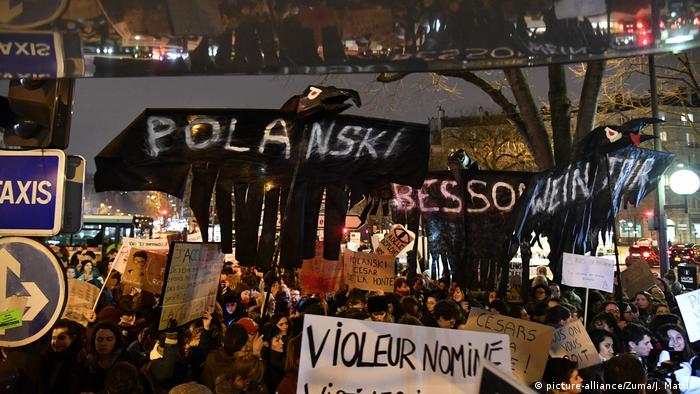 Roman Polanski won best director at the French version of the Oscars, known as the Cesar Awards, on Friday amid protests by women's rights activists .

Polanski did not attend the Paris ceremony as protests decried the 12 nominations for the film he directed — "J’accuse," translated to "An Officer and a Spy." Activists were responding, in particular, to a new rape allegation against the 86-year-old. 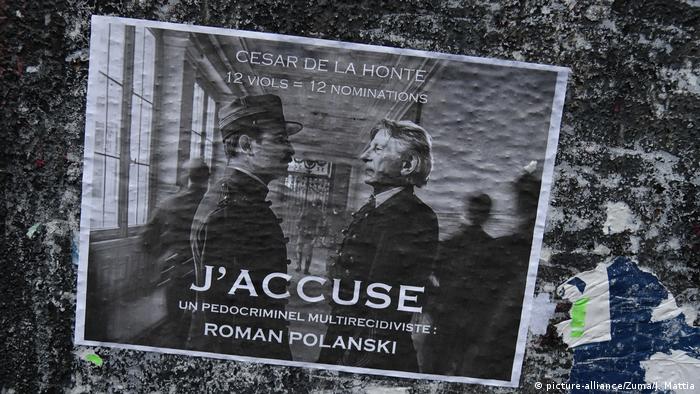 At the announcement of Polanski's award as best director, some boos emerged from those in attendance.

Actress Adele Haenel, who last year said she had been sexually abused as a child by another director, got up and walked out of the Salle Pleyel, followed by a few others.

"Distinguishing Polanski is spitting in the face of all victims. It means raping women isn't that bad," Haenel told US daily The New York Times earlier this week.

The winning film's cast and production team, including best actor nominee Jean Dujardin, refused to attend the ceremony. Dujardin defended his decision to appear in the film, despite the director being a wanted man in the United States in a 42-year-old rape case. In an Instagram post, Dujardin said: "By making this film, I believed and I still believe I made more good than harm."

Polanski's film earned further acclaim at the Cesars for best costume design and best adaptation, but no one came on stage to accept the awards.

Last December, Polanski called off a planned visit to a film school in his native Poland after some students objected to his appearance because of outstanding sexual abuse allegations against him.

"Richard Jewell" tells the story of the man wrongly accused of planting a bomb at the 1996 Olympic Games. Eastwood claims it's about the media and the truth — but now he's criticized for his depiction of the events. (13.12.2019)