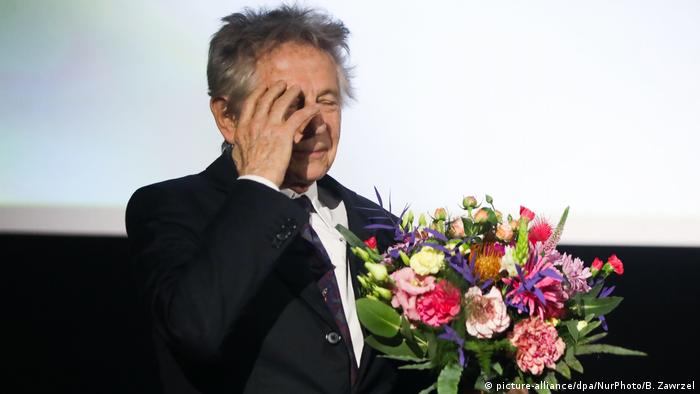 The film director Roman Polanski called off a planned visit to a film school in his native Poland on Saturday after some students objected to his appearance because of outstanding sexual abuse allegations against him.

The 86-year-old, who is still a wanted man in the United States in a 42-year-old rape case, was due at the National Film School in Lodz.

The school, which Polanski had once attended, confirmed the cancelation was made at the director's request following an online petition, signed by more than 100 students, employees and graduates.

The petition claimed there were five outstanding allegations against Polanski, who is best known for movies such as "Chinatown," "Rosemary's Baby" and "The Pianist."

School director Mariusz Grzegorzek had said at a film awards ceremony in Lodz on Friday that "99% of the students are awaiting his [Polanski's] visit" and that "it is not for us to issue sentences."

On Saturday, several people gathered to protest outside the school despite the cancelation, the tabloid Fakt reported.

The newspaper cited the protesters' Facebook page, saying the student activists refused to tolerate the culture of rape.

Polanski pleaded guilty to unlawful sex with a minor in California in 1977 in a plea bargain deal after he was accused of raping a 13-year-old girl.

But he fled the US before sentencing and has maintained his career as a renowned director in Europe.

Polanski was arrested while in Switzerland in 2009 at the request of US authorities, but he was later freed.

Earlier this month, French photographer Valentine Monnier accused Polanski of raping her in 1975, when she was 18, at his Swiss chalet, which he denies.

The accusation renewed criticism of the director, whose new film "An Officer and a Spy" was released in France earlier this month.

Protests erupted at cinemas in France and Belgium in opposition to the film's release.

Despite the film school furore, Polanski received a "rebellious filmmaker" award at the Cinergia European Cinema Forum in Lodz on Friday night.

His latest film was also screened.

Sandra Muller, the French journalist who launched the French version of the #MeToo movement, expressed her dismay over a ruling she called "a message to shut up." Her lawyer said they would appeal the decision. (25.09.2019)

The Academy of Motion Picture Arts and Sciences expelled the acclaimed European film director in May over a 1977 statutory rape conviction. His wife, Emmanuelle Seigner, says the Academy showed "insufferable hypocrisy." (08.07.2018)

The publication of a book accusing a top academic of sexually assaulting his stepson has triggered a huge debate about incest and child abuse in France. Thousands of victims have shared their experiences.