Council of Europe calls deporting refugees back to Kosovo irresponsible | Europe | News and current affairs from around the continent | DW | 15.04.2010

Germany and Kosovo have agreed on the deportation of thousands of refugees. But the Council of Europe's commissioner for human rights says Kosovo is not able to receive refugees "in a way that protects their rights." 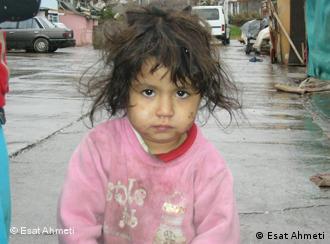 Most of the refugees to be deported to Kosovo are Roma

Almost 11 years after the end of the war in Kosovo, Germany and the former Serbian province on Wednesday agreed on a step-by-step return of 14,900 former refugees.

"No mass deportations are planned," German Interior Minister Thomas de Maiziere said after the signing of the repatriation agreement with Kosovo counterpart Bajram Rexhepi on Wednesday. He added that Germany was offering returnee programs and start-up aid in order to motivate the people to voluntarily leave Germany.

Up to 2,500 people to be repatriated per year

Germany would also ensure an "appropriate balance of various ethnicities," so that not only Roma are returned, De Maiziere said. About 10,000 of the 14,900 refugees to be returned to Kosovo over the next few years are Roma.

The Roma, Commissioner Hammarberg said, are a very vulnerable minority in Kosovo. 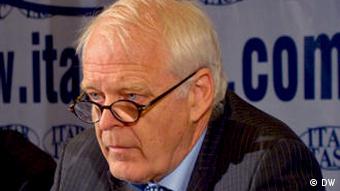 Commissioner Hammarberg says Kosovo can not cope with more refugees

"We have seen with our own eyes that some of those who have been deported back have not had a good start," Hammarberg said. "In fact, the majority of those who are sent back are leaving Kosovo again and trying to reach other parts of Europe."

Other human rights organisations also criticized the agreement. Germany's Pro Asyl group warned on Thursday that the Roma faced extreme discrimination in Kosovo, and a "life on the fringes of garbage dumps."

The commissioner said that Kosovo authorities were well aware that they would not be able to handle thousands of refugees pouring into the country in addition to the roughly 20, 000 displaced persons already taking refuge in the newly independent nation.

The Kosovo government agreed to take back refugees, Hammarberg said, because it was "so dependent on the political recognition and the start of the visa-free regulation discussion."

The only responsible policy at his point, he said, would be for the nations concerned to allow the refugees to stay a while longer to give Kosovo authorities more time to get prepared - "but they are not today."

In a report released on Wednesday, Human Rights Watch has urged authorities in Kosovo to immediately shut down a lead-contaminated camp housing displaced Roma since the end of the Kosovo war in 1999. (24.06.2009)

Europe must do more to improve lives of Roma, EU warns

The Roma are Europe's biggest and poorest minority. While some govermental and charity initiatives are slowly improving their conditions, the Roma's battle against poverty and discrimination is far from over. (08.04.2010)