Donations from major firms to political parties dropped by two-thirds this year, new figures have shown. But corporations have found new ways to support the main parties. 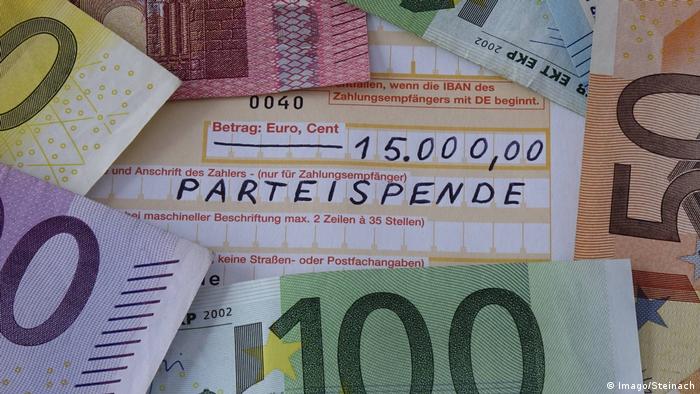 Germany's political parties have lost a significant amount of donations from the country's major companies, new parliamentary figures have revealed.

The total amount of corporate donations dropped from €3.1 million ($3.5 million) to €1.2 million in 2019, the Bundestag figures, published on Monday, showed.

Chancellor Angela Merkel's Christian Democratic Union (CDU), along with its Bavarian sister party the Christian Social Union (CSU), which have long been the biggest benefactors of corporate cash, suffered the most.

The other half of the government coalition, the Social Democratic Party (SPD), also suffered: its corporate donations dropped from €390,000 to €156,600 in the last year. 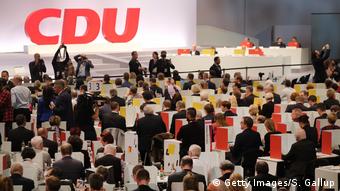 The figures showed that some companies that have traditionally made large donations across the mainstream political spectrum stopped altogether: carmaker Daimler, for instance, donated €100,000 each to the CDU and SPD in 2018, but nothing at all in 2019.

Similarly, Südwestmetall, an association of metal and electronics companies in the state of Baden-Württemberg, did not make any donations this year, despite spreading over a million euros across the CDU, CSU, SPD, the pro-business Free Democrats and the Green party in 2018.

There has been a ongoing trend of major companies being more reluctant to support political parties directly in the last few years. Instead, DAX-listed companies and large health insurers are now more likely to sponsor party conferences, which means they do not have to disclose the amount of money.

Germany's party donations system remains comparatively opaque: donations of up to €50,000 don't have to be declared publically at all, anda DW investigation from 2017 showed that many companies systematically spread smaller donations across a year so as to avoid disclosure.

Campaign groups such as LobbyControl have long been demanding new laws to make the rules in Germany more in line with other western countries.

While parties must immediately report all donations of over €50,000 to Germany's lower house of parliament, or Bundestag, which publishes the information on its website, any individual contributions of between €10,000 and €50,000 are not disclosed until 18 months later, when each party's accounts are published. As for donations of less than €10,000: Parties are under no obligation to disclose the donors at all.

Other countries have much lower disclosure thresholds. In the United States, the identity of any donor giving more than $200 directly to a party or candidate must be disclosed.

The Green party said on Monday that it was working on proposals for stricter rules for party donations. "We are calling for more transparency, clear legislative regulations for party sponsoring and stricter disclosure obligations for the donations," the Green party's Britta Hasselmann told the DPA news agency.

During Germany's big election year, two parties received by far the most money from businesses and wealthy backers. Chancellor Angela Merkel's CDU and the pro-business FDP received millions, according to Bundestag data. (25.12.2017)

The far-right party has been hit with a hefty fine in connection with illegal campaign funds donated to two of its officials during 2016 and 2017 state election campaigns. At issue is the source of the donations. (16.04.2019)