Coronavirus hits endangered Andaman and Nicobar tribes | Asia | An in-depth look at news from across the continent | DW | 10.09.2020

Some of the world's most isolated tribes live on these Indian Ocean islands and have almost no immunity to disease. New pathogens like SARS-CoV-2 are a dire threat. 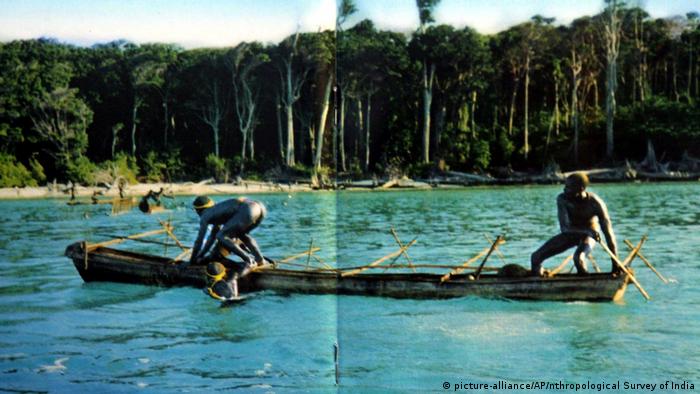 In late August, 11 members of the Great Andamanese Tribe (GAT) tested positive for COVID-19. The isolated tribe's population is only around 50.

The GAT live on one of the 37 inhabited islands in India's Andaman and Nicobar archipelago, which consists of over 570 coral reef-fringed islands located 1,200 kilometers (750 miles) east of the Indian mainland where the Bay of Bengal meets the Andaman Sea.

"There are only just over 50 Great Andamanese, so with 11 testing positive, already about 20% of the population has been affected by COVID-19," Sophie Grig, senior researcher at Survival International, a London-based tribal rights group, told DW.

The GAT numbered over 5,000 when the British colonized the archipelago in the 1850s.

Sexually transmitted diseases, mainly syphilis, have brought the GAT, which was once among the archipelago's main tribal groups, to near extinction. "Many members of the community suffer from long-term health conditions. Tuberculosis is rife in the community and many suffer from the impact of heavy alcohol use," Grig said.

Other tribes in trouble

Along with the GAT, the indigenous tribes of Andaman and Nicobar include the Onges, Jarwas, Shompen and the dangerously reclusive Sentinelese.

Their numbers are also dwindling. Only 238 members of the Shompen tribe remain. The Jarawa tribe numbers approximately 520. The Onge have around 120 and the Sentinelese 150.

Avijit Roy, the coronavirus nodal officer for Andaman and Nicobar, told DW that six of the GAT COVID-19 cases had traveled to the territory's capital, Port Blair, for work.

"Our team of healthcare officials traveled to the small strait island inhabited by the tribe, to conduct tests," he said. "The results revealed that four members of the tribe who had never left the island had contracted the virus as well."

After quarantining and receiving medication for two-weeks, the people have recovered. "They are not out of danger but entry to their islands is restricted and even if the tribe members choose to venture out they have to undergo tests periodically," said Roy.

Isolated but not immune

Indigenous tribes are among the groups most vulnerable to COVID-19 infection as they live in insulated, close-knit communities. "This is a particularly vulnerable tribal group. We are taking all measures for their safety. Medical teams are keeping a strict watch," India's tribal affairs minister, Arjun Munda, told DW.

The Andaman and Nicobar Islands, which has a population of over 430,000, has so far reported over 3,300 COVID-19 cases, including over 50 deaths. Following the outbreak among indigenous tribes, authorities ramped up testing.

"Of course, the uncontacted Sentinelese are always vulnerable to all outside diseases, given that they are the most isolated people on the planet and are unlikely to have immunity to any outside diseases," said Grig from Survival International.

Poachers and trespassers can risk passing on the disease to the isolated tribes.

Two years ago, a 26-year-old American missionary seeking to convert the nomadic hunter-gatherer Sentinelese tribe was reportedly killed after he visited the North Sentinel island. His body was never retrieved. 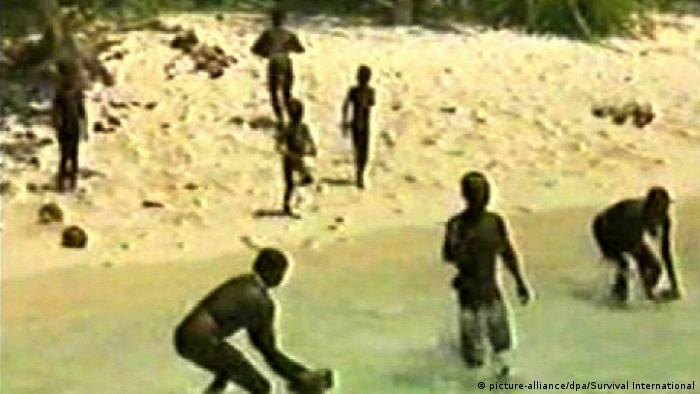 Even on the Indian mainland, tribal areas lack basic healthcare facilities and are extremely poor.

Tribes often lack communication with the outside world and do not have the information to effectively deal with outbreaks.

"It is essential to restrict the contact between the non-tribals and tribals till the pandemic is over," Srinath Reddy, president of the Public Health Foundation of India, told DW.

"Essential supplies must be carried to them by COVID-19 recovered persons who test negative for the virus and preferably have high antibody levels."

"The tribes must also be the first to receive the vaccine when it is available," he added.

Southern Indian state Kerala was lauded for its tackling of the pandemic. However, a recent rise in cases has raised questions over the state's response to COVID-19.