While sports all over the world are on hold, Belarus's top football and ice hockey leagues are set to play in front of live audiences this weekend. Organizers of the women's Super Cup are even offering free admission.

"Dear fans! The Belarusian Football Association hereby invites you to the stadium to support the teams and watch the 2020 Super Cup with your own eyes. Admission to the game is free!"

This was the message designed to entice people to come out and support the women's Super Cup in the capital, Minsk. The league champions, ZFK Minsk, are to take on the runners up, Zorka BDK.

While the coronavirus pandemic has caused sport to grind to a halt everywhere else in the world, football and ice hockey continue to be played in Belarus as if nothing had happened. This weekend will see Matchday 2 of the Belarusian Premier League played in front of fans, just as the opening round was a week ago.

'Maybe Messi and Ronaldo will come'

"In Belarus, it's like no one cares," former Bundesliga player Aleksandr Hleb told the English newspaper The Sun earlier this week. 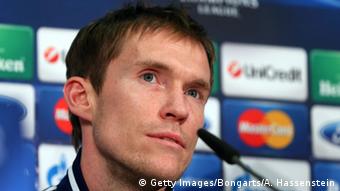 "Everybody here knows what's happened to Italy and Spain. It doesn't look good. But in our country, people in the presidential administration believe it's not as extreme as the news says.

The 38-year-old announced that he was hanging up his boots two weeks ago. Having played for both Stuttgart and Wolfsburg, he later moved on to play for Arsenal of the Premier League and Barcelona of La Liga. His most recent club was FK Isloch Minsk Raion, who play in Belarus' top flight.

"Maybe Lionel Messi and Cristiano Ronaldo will come to the Belarusian league to continue playing here," Hleb joked in his interview with The Sun.

Belarus is the only one of the 55 UEFA member countries that continues to play football despite the corona crisis. European football's governing body told DW that it had no power to force any of its members to suspend play.

"Every national association is autonomous and takes decisions regarding their domestic competitions based on the recommendations and decisions taken by the respective national authorities," UEFA said in a statement.

According to Johns Hopkins University, which records all corona infections registered by the authorities worldwide, just under 100 people have contracted the virus in Belarus as of Friday afternoon, CET. 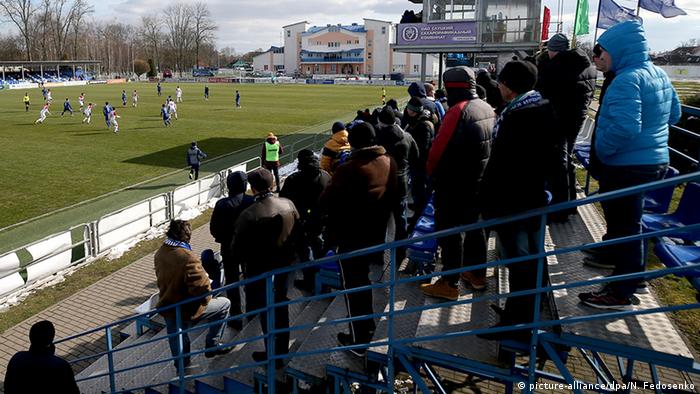 President Alexander Lukashenko, who has ruled the former Soviet Republic in an authoritarian manner since 1994, described the coronavirus pandemic as a "psychosis, and I will not be dissuaded from it [his view]."

The president of the football federation, Vladimir Basanov has termed the pandemic as "no critical situation". A DW query about at what point the Belarusian league might cease play went unanswered.

In Belarus's other favorite sport, ice hockey, the playoffs are nearing their end, with Shakhter Soligorsk having won their semifinal against Neman Grodno four games to three, with their 1-0 victory in Game 7 in front of a full house on Tuesday. The finals, between Soligorsk and Yunost Minsk open with Game 1 this Friday.

Most European leagues have stopped play because of COVID-19. Handballers, ice hockey players and now footballers have entered into an indefinite break in Germany. What does this mean economically? (14.03.2020)

As the world continues to grapple with the COVID-19 pandemic, football stars and clubs are doing their bit to help their clubs and homelands. Here are a few stories of how football is helping in the fight. (25.03.2020)