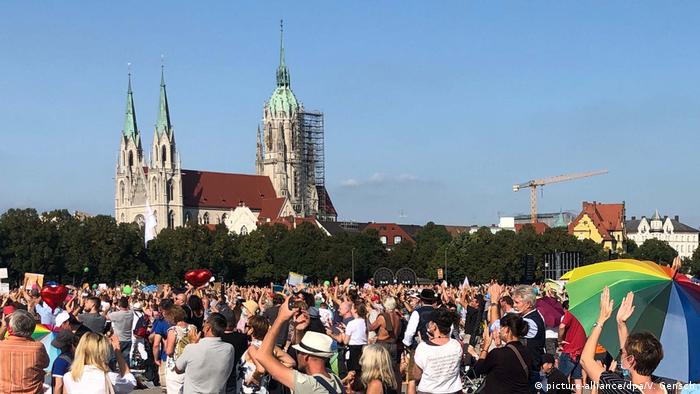 Another round of demonstrations by coronavirus skeptics has been taking place in Germany on Saturday, with police intervening to stop marches in Munich and Hannover.

In the southern city of Munich, organizers called off a protest parade through the city after many of the participants refused to wear face masks, which authorities had made a precondition for the event to take place. Police said that the number of protesters was also much higher than the 500 that had been approved, estimating that 3,000 people were present.

The main rally later took place as planned on the Theresienwiese, the site used for the world-famous Oktoberfest. Police estimated that 10,000 people were attended the event. Participants were warned to keep at the prescribed distance from one another and to wear masks.

Police said that legal action would be taken against some participants who did not wear masks, but that the demonstration had been peaceful.

The demonstration in Munich was initially banned by an administrative tribunal, but then approved by a higher court under condition that hygiene regulations were properly observed.

A march in the northern city of Hannover dubbed "March to Freedom" by its organizers was also stopped by police when participants there also refused to put on face masks. 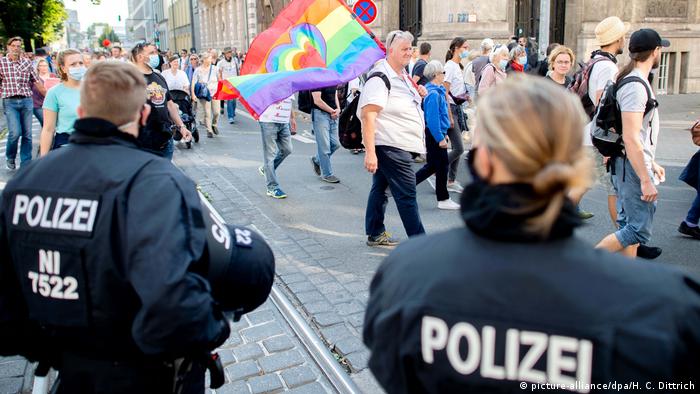 Left-wing groups held counterdemonstrations, with participants protesting at the propagation of the conspiracy theories that often lead people to believe that the coronavirus pandemic is a hoax.

German authorities have been recently concerned that far-right groups have been exploiting such demonstrations for their own purposes. At the end of August, far-right demonstrators who had taken part in a protest against coronavirus measures stormed the steps of the Reichstag building in Berlin, triggering widespread outrage.

Numbers on the rise

In her weekly podcast on Saturday, Chancellor Angela Merkel defended the measures taken by her government to stem the pandemic, along with the right of people to criticize them.

"In our country, everyone is free to openly criticize these government decisions," she said, adding that this made Germany the envy of many people elsewhere in the world.

Merkel emphasized, however, that restrictions on contact and public life imposed in Germany had helped prevent an uncontrollable spread of the illness COVID-19.

Germany on Saturday recorded an increase of 1,630 new infections in the past day, with the pandemic seeming to have recently regained momentum amid the relaxation of several lockdown measures.

Coronavirus: Sex workers in Germany get back to their jobs after ban is lifted