Coronavirus: Sex workers in Germany get back to their jobs after ban is lifted | Germany | News and in-depth reporting from Berlin and beyond | DW | 11.09.2020

Coronavirus: Sex workers in Germany get back to their jobs after ban is lifted 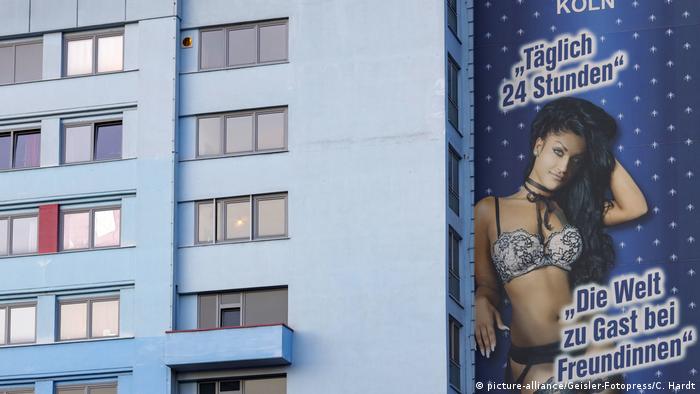 At least Stephanie Klee hasn't lost her sense of humor. When asked how old she is, the sex worker answers with a laugh: "No, I'm not telling you that. You know the saying is ‘all whores lie'."

The truth is, Klee is 58-years-old. As the founder and board member of the Federal Association of Sexual Services (BSD), she is the voice of sex workers in Germany — and she is still pissed off. 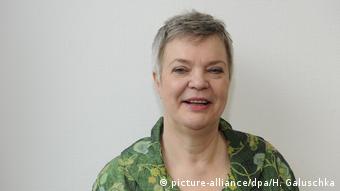 "Politicians treated us shabbily during the coronavirus times. They deliberately overlooked us. Nobody cares what's going on with us prostitutes! But we are at least as ‘system-relevant' as hairdressers," she tells DW.

The Higher Administrative Court in the city of Münster overturned a ban on sexual services only this week in Germany's most populous state, North Rhine-Westphalia. In several other German states, prostitutes are also allowed to work again.

"Many didn't know how they were going to fill their fridge the next day. They had no savings and had to borrow money, says Müller.

The women from eastern Europe were especially desperate. "In some cases, they had to pay taxes here, but had no access even to basic social services because they're foreigners."

Shut out in coronavirus crisis

On March 16; all of Germany's states imposed a ban on sex work. Suddenly, brothels, red-light districts and so-called sauna clubs were closed  — at least, officially. 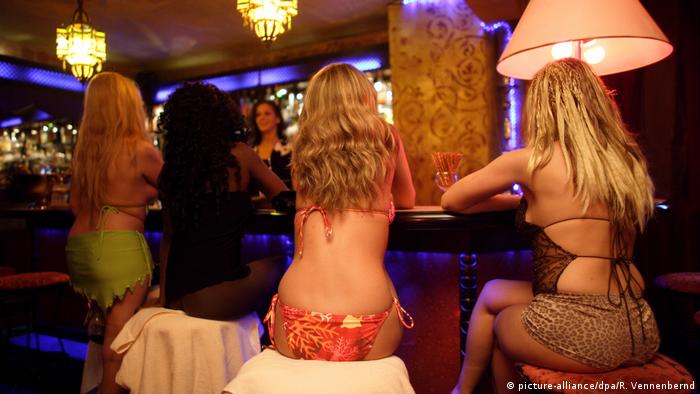 With 120 prostitutes and over 1,000 customers per day, the "Pascha" used to be the biggest brothel in the world

While many eastern European women working at Europe's largest brothel, Pascha in Cologne, left in a hurry to go home, other prostitutes continued to work — online, illegally and often without protection.

After all, the "oldest profession in the world” cannot simply be banned. When Klee met with her fellow campaigners at a brothel a few weeks ago to discuss how prostitution could work during the coronavirus pandemic, the telephone was ringing off the hook. There were constant knocks on the door.

The industry is under threat and could face the same fate as many bars and restaurants —the Pascha brothel in Cologne isn't the only one facing bankruptcy."Many businesses will not survive this time because the debts are too high and certainly not all customers will come back," fears Klee.

Brothels are one thing, but what will the future of prostitution look like with the threat of coronavirus, physical distancing and mask requirements?

"We will have to be more creative and remember sexual practices that we have previously repressed or forgotten. Less mechanical," Klee says with a smile. 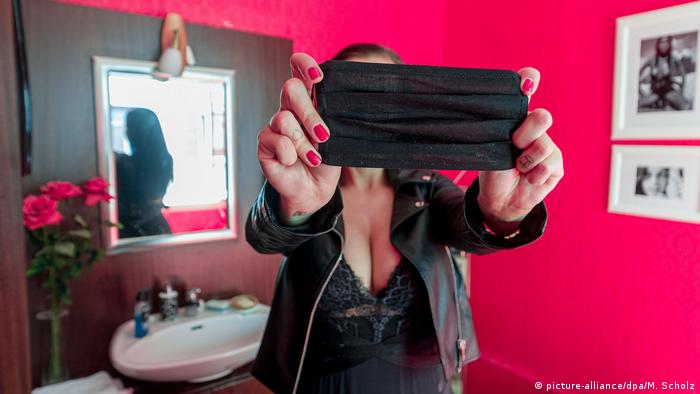 Prostitutes say they can wear facemasks while doing their job

One can fight for prostitution like Stephanie Klee — who successfully sued for her wages almost 20 years ago, paving the way for sex work to gain recognition as an industry — or one can condemn it and try to ban it like human rights organizations and politicians who denounce sexual exploitation and rape.

Or one can view prostitution pragmatically like Anne Rossenbach: "Bans don't help us, the coronavirus has shown that. Prostitution continues — and now prostitutes can make their own money again and return to legality."

Rossenbach works at the grassroots level, offering counseling through the Social Services of Catholic Women, a branch of the charity Caritas in Cologne. She counsels  prostitutes — and has spoken to more of them since January than she normally does throughout an entire year.

She has recharged cellphones with credit to enable calls to Romania, put together packages of food and helped fill out applications for welfare benefits. Rosenbach calls this "outreach work." 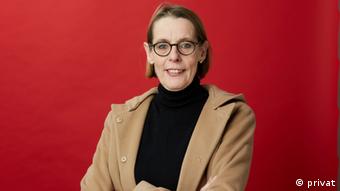 Protecting prostitutes with a sex drive-in

She proudly points out a successful project in the northern part of Cologne which has already been copied by several other cities: a legal drive-in brothel. The area has toilets, showers and food vending machines. There are representatives from the city administration and social services on site. The project has been supported over the last 20 years by all parties in the city council.

"The health department  does counselling in a mobile home on the site and we from Caritas are there for the women 365 days a year," Rossenbach says.

Rossenbach, a trained political scientist, helped initiate Germany's prostitution law in parliament in 1999 in order to improve the legal and social situation for prostitutes.

"The most important thing is that there are aid organizations that provide the prostitutes with information about sexually transmitted diseases and also help those who want to get out of prostitution."

"Here in Germany, the health departments should be staffed in such a way that they are able to not only supervise schools and track down infection chains, but also adequately care for prostitutes," she adds.