One of Europe's biggest brothels has gone broke amid the coronavirus pandemic, media report. It is one of many German companies headed for bankruptcy as a result of the crisis, experts say. 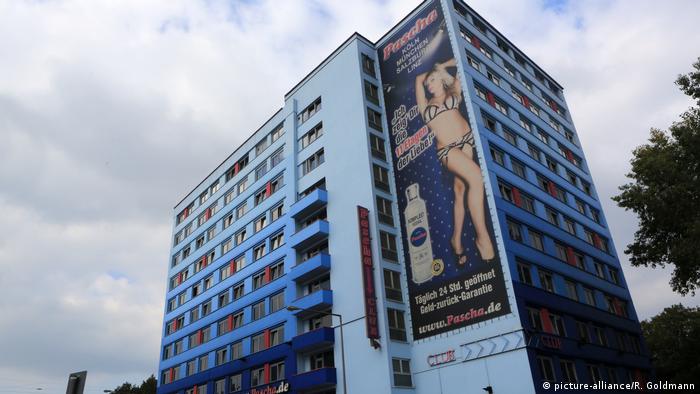 The brothel "Pascha," a major landmark in the western German city of Cologne, has filed for bankruptcy, a German daily reported on Thursday.

"We are at an end," the brothels's director, Armin Lobscheid, told local paper Express.

The paper cited Lobscheid as saying that the brothel had used up all its financial reserves during the ban on prostitution imposed during the ongoing pandemic. The brothel operates from an 11-story building and has around 60 staff, including masseurs and cooks.

Normally, some 120 prostitutes also work there on a freelance basis, the paper reported. However, the state of North Rhine-Westphalia, where Cologne is situated, banned prostitution five months ago in one of several measures taken in a bid to curb the spread of COVID-19.

Lobscheid criticized authorities in the state for not being clear in their forecasts as to when the restrictions would end.

"We can't plan like this. We might have been able to fend off the bankruptcy with the help of banks if we had been assured that things can start up again at the beginning of next year," the paper quoted him as saying. He added that everyone knew that paid sex services were continuing despite the ban, but anonymously and without any taxes being paid.

Organizations representing sex workers have warned that the closure of brothels is likely to force prostitution underground, exposing women to greater risks of exploitation.

Read more: Coronavirus in Germany: How a Romanian sex worker is affected by prostitution ban

The news of "Pascha"'s insolvency comes as one of Germany's leading credit bureaus, Creditreform, warned of a big rise in bankruptcy filings in Germany triggered by fallout from the pandemic.

"From the fourth quarter on, there will be a considerable rise in applications," CEO Volker Ulbricht said on Wednesday. He said companies in the field of culture, sport and recreation were under particularly strong pressure, above all smaller businesses. This was shown by worsening payment histories at present, he said.

His predictions come as Germany faces what may be the worst recession of the post-war era.