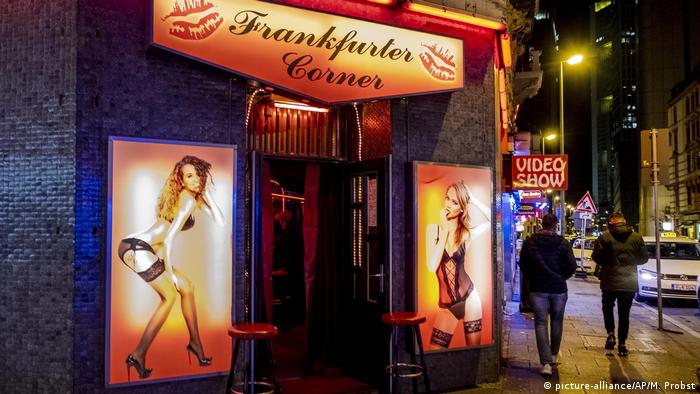 The coronavirus ban on sex work, including the closure of brothels must be lifted, said Germany's Federal Association of Sex Services (BSD) in an open letter, citing a fall in coronavirus transmission rates.

The letter was addressed to 16 members of Germany's parliament who recently called for a permanent ban on sex work.

The sex work industry must also be able "to generate income again and to offer customers a good service that is human and grounding for them," states the letter.

The letter presents a "hygiene concept" that outlines how sex work could continue while minimizing infection.

A ban on sex work was introduced in mid-March as part of nationwide measures to slow the spread of the coronavirus. After the transmission rate from the virus fell, German states began to ease restrictions such as reopening restaurants, swimming pools and non-sexual massage parlours. Yet the blanket ban on all types of sex work remains in place.

Last week, 16 German lawmakers signed a letter that stated: "Prostitution has the effect of a virus super spreader – sexual acts are generally non-negotiable with social distancing." The open letter from the BSD is addressed to these lawmakers.

The group responded: "To use the term 'super spreader' in this context is not only extremely offensive but also wrong. Obviously you want to discredit an entire industry in order to enforce your real goal, the ban on the purchase of sex."

The Berlin-based BSD states that there is variety in places where sex work is undertaken and the ratio of customer to client is often one on one – "similar to a cosmetic studio or massage parlour."

What is in the 'hygiene concept'?

Sex work in private houses and in private apartments should be able to go-ahead.

Bars, table dance bars, cinemas and clubs would be able to reopen, but at half their usual capacity, while ensuring a minimum distance of 1.5 meters is maintained between guests.

During meetings with clients, sex workers would have to wear face masks and rooms would have to be aired and disinfected. Measures to ensure contact tracing would also be in place, in case of an outbreak.

"In prostitution, there has always been a high hygiene standard," states the BSD.

Legal but not decriminalized

Sex work in Germany is legal but not decriminalized, meaning those in the sex industry must comply with strict laws governing how it is carried out. Since 2017, sex workers must register with local authorities and seek a medical consultation from a public health service. Brothels are also subject to strict hygiene checks.

Cliched role allocations between the sexes are re-emerging amid the fallout of the COVID-19 crisis as unpaid care work or high-risk jobs are often disproportionately done by women. Marina Strauss reports from Brussels. (03.05.2020)