Coronavirus: A devil′s bargain for Dutch sex workers | Europe | News and current affairs from around the continent | DW | 11.06.2020

Public health measures to curb the spread of the coronavirus have hit the Dutch domestic sex industry hard. Some of Amsterdam's sex workers continue to work illegally, risking their health to make ends meet. 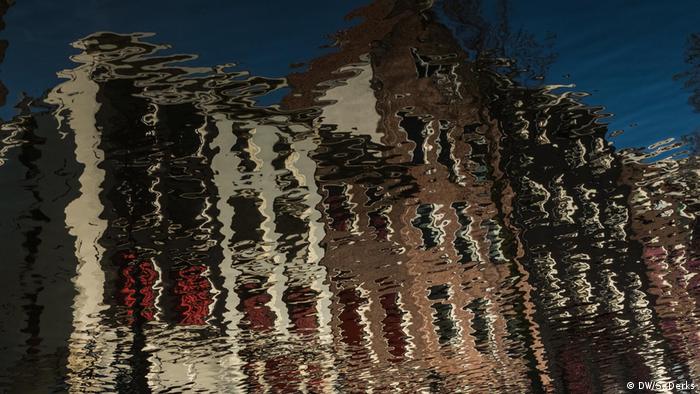 "No one walks the streets anymore,"says Jeanet.* She takes a deep drag of her cigarette before pointing to the empty alleyways next to the iconic canals of Amsterdam's Red Light district.

For weeks, the sex worker has been prohibited from organizing her "parties," gatherings where she provided paying customers the opportunity to have consensual group-sex with her and her colleagues. Like other freelancers she applied for emergency government funding but is still waiting for a decision. As she has not yet received a penny, Jeanet works illegally as an escort to cover her rent. 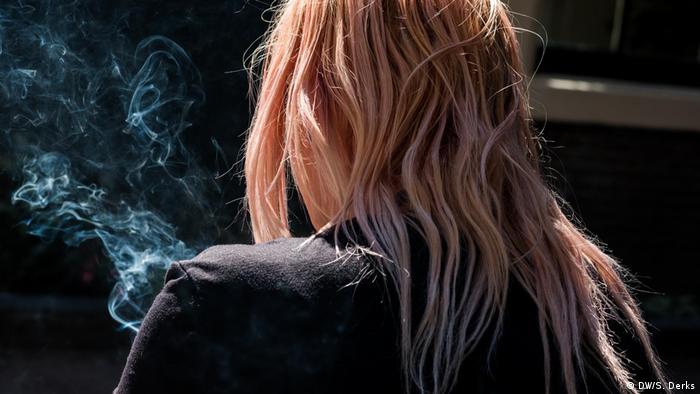 Jeanet decided to switch to doing escort work from home, usually with clients she has known for a long time. "I do not take too many customers, for safety reasons," she says. But, even with the infectious disease spreading, there are still plenty of customers who are willing to pay for her services, Jeanet jokes: "If I wanted to, I could run a 24-hour business. The confinement does not mean that people stopped wanting sex." She hopes that her appeal for emergency support will soon be approved.

Sex workers in the Netherlands have been hard hit by the coronavirus pandemic. Many are unable to register for emergency support packages that the government has made available. Others work informally, illegally or are facing administrative hurdles when trying to register for support. As a result many women now find themselves having to make difficult choices: Some had to stop work completely and lost critical income, while others had to take up work illegally, risking not only their own, their families, but also the wider public's health.

Switching off the red light 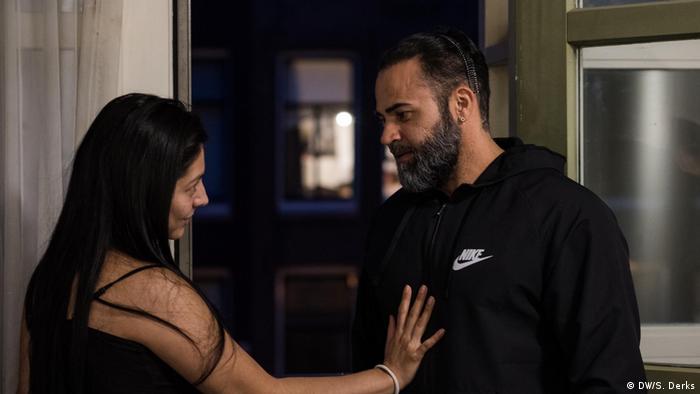 The Dutch National Institute for Public Health (RIVM) says that public health measures prohibiting sex work will remain in place until September. While other "contact professions" like hairdressers and nail salons were allowed to re-open in June, sex workers have been told to stay at home. Mariska, a representative of the Prostitution Information Center and a sex worker herself, shakes her head when asked about the prospect of a long-term "intelligent lockdown." "This is not going to work for us. Many will suffer unbearably because of that policy."

Mariska explains that many sex workers she knows have not applied for emergency funding as they fear the police will take advantage of their registration when the outbreak is over. They don't register for help as they are uncertain as to how authorities will use the information in the future, she says. "Sex work is legal here, but it is still shrouded in a cloud of stigma and crime." Some women also fear that when they register for social welfare or other emergency support, authorities — already distrusted and criticized for intimidation tactics — will find out they are offering services illegally. 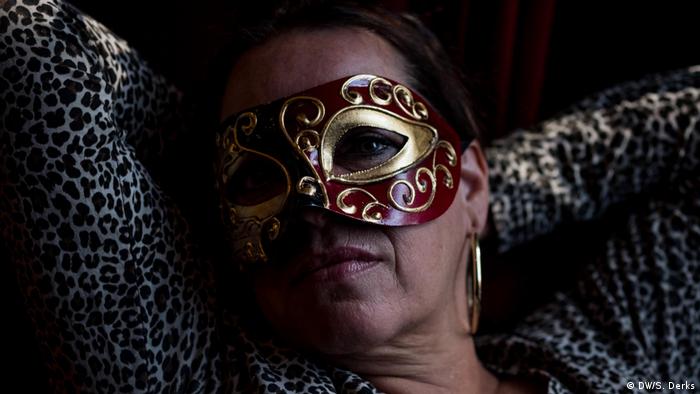 Even though the work is legal in the Netherlands, many sex workers do not want to reveal their identity, like Mariska.

Others are falling by the wayside as they face administrative hurdles to get support. All sex workers are obliged to register at the Chamber of Commerce, but many don't list their real profession for fear of being discriminated against and stigmatized. This has also prevented many from receiving any government support. Mariska, for example, is registered as a nurse, and since nurses can work during the crisis, she is currently ineligible for emergency support. She says she's lucky she had some small savings but others in her situation "cannot pay the rent anymore."

As a result, many of the "ladies of love" continue to offer their services illegally during the lockdown. "It is not like you have a choice,"she shrugs. "It is that, or you can start living on the streets." Continuing work comes at great risk, "and not only from the coronavirus," she says. "Customers can suddenly demand more, such as sex without a condom, and get away with it, because they know that you are doing something that is not allowed."Calling the police when you are offering services illegally is not seen as an option, Mariska says. 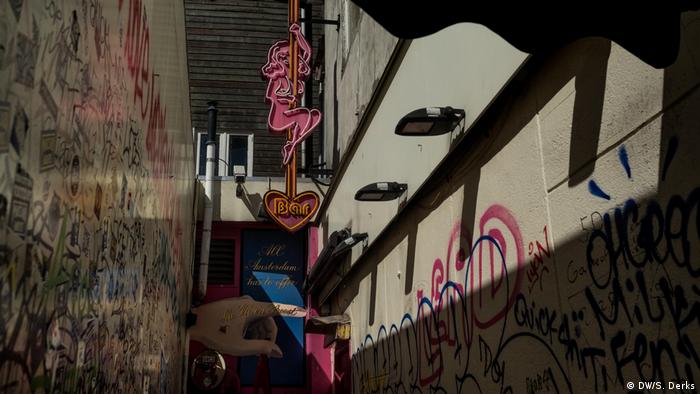 Sex clubs have been ordered shut and all events have been cancelled until September 1 at the earliest.

Sex workers that are offering their services illegally can count on some very limited support from their colleagues and other private individuals. An initiative set up by Hella Dee, a prostitute and member of PROUD — the Dutch union for sex workers — provides a small emergency fund for sex workers in need. Made possible by private donations, the fund gives out one-off-payments of €40 ($45) for basic necessities such as groceries, medicines, emergency transport and prepaid phone cards. "It is something,"shrugs Mariska, "but won't save them." 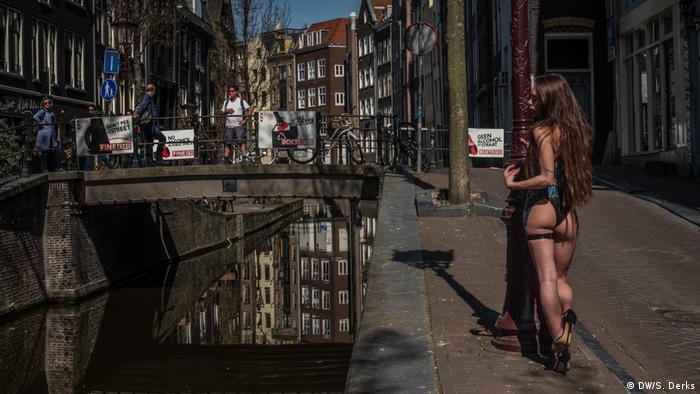 Anouk, a latex-model and escort, has temporarily stopped working out of fear of contracting or transmitting the virus

Mariska says it not possible to estimate the scale of the economic crisis for sex workers in the Netherlands as the total size of the industry — both legal and illegal — was largely unknown before the crisis, let alone now. She laughs when asked for estimates: "I can't. They don't want to be counted." The lack of data on the number of sex workers now prevents an effective emergency response. Mariska hopes that change will soon come but fears what will happen in the future. "I wonder if we'll ever be allowed to work again."

The SekswerkExpertise Platform, a collaborative network that provides expert advice on prostitution and human trafficking, has appealed for the government to re-open sex work enterprises before September 1; ensure that registered self-employed sex workers get support for longer than the three months currently offered; include non-registered sex workers in support packages; and provide such services in a supportive manner and not by "harassing sex workers in the context of law enforcement."

Last month, Red Light United, the union for window prostitutes in the Red Light district of Amsterdam, submitted a plan to the government proposing safe preliminary reopening. The proposal suggests that both sex workers and clients wear latex gloves and masks, that oral sex and kissing are not permitted and that sex can only be offered in positions where people don't face each other. 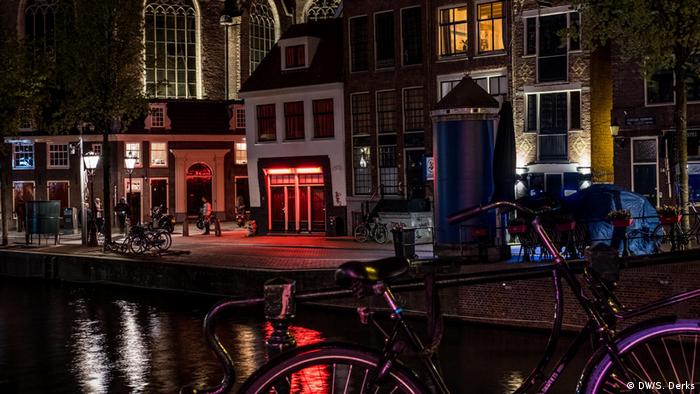 The Red Light district, located near De Oude Kerk, is set in one of the oldest and most beautiful parts of the city

*Names have been changed throughout the story to ensure anonymity.