Russia and India have reached an agreement to mass-produce doses of the Sputnik V vaccine against COVID-19. Moscow's sovereign wealth fund is behind the project, alongside an Indian pharmaceutical firm. 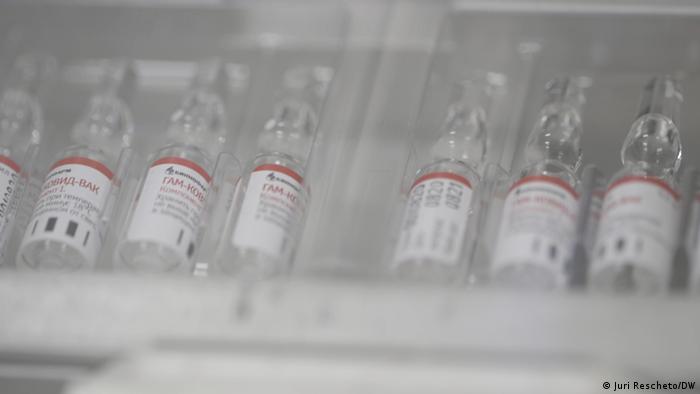 Russia's sovereign wealth fund and the Indian pharmaceutical company Hetero agreed to produce more than 100 million doses per year in India of the Sputnik V vaccine, according to a statement on Friday.

The Russian Direct Investment Fund (RDIF), which has been backing the vaccine and marketing it globally, plans to start production at the beginning of 2021.

"Hetero, one of India's leading generic pharmaceutical companies, have agreed to produce in India over 100 million doses per year of the world's first registered vaccine against the novel coronavirus infection  Sputnik V," the RDIF said in a statement.

With final-phase trials ongoing, Indian drugmaker Dr. Reddy's Laboratories Ltd., which has been testing the drug, said it expected late-stage trials to be finalized as soon as March 2021.

"While we look forward to the clinical trial results in India, we believe that manufacturing the product locally is crucial to enable swift access to patients," said Hetero director B. Murali Krishna.

Russia has said the vaccine is 92% effective at protecting people from COVID-19. Meanwhile, Moscow is rushing to keep pace with Western competitors vying against one another in the race for an effective vaccine.

Russia also said its vaccine would be priced at $10 (€8.4) per dose on international markets - less than some other registered coronavirus vaccines.

Russia was the first country to register a coronavirus vaccine – dubbed Sputnik V after the Soviet-era satellite – in August. However, it did so ahead of large-scale clinical trials.

Currently, the third and final trial phase is underway. Some 40,000 volunteers are involved in the testing of the vaccine, which uses two different human adenovirus vectors.

As well as India, third-phase trials are also underway in the former Soviet republic of Belarus, the United Arab Emirates, and Venezuela among other countries.

Developers of the Sputnik V vaccine on Thursday said that UK-based drug firm AstraZeneca should try combining its experimental shot with the Russian one to boost efficacy.

AstraZeneca, which says its vaccine could be up to 90% effective, has said it will have as many as 200 million doses of vaccine by the end of this year.

Russia: Volunteers are a driving force to help doctors

Hospital beds are in short supply in several regions, as Russia faces record COVID-19 numbers. Many people are receiving treatment at home. Now locals in Siberia have united to get doctors to their patients faster.