Against the backdrop of social distancing and quarantines, LGBTIQA+ people in Berlin are going online to support marginalized individuals, especially the elderly and the sick. 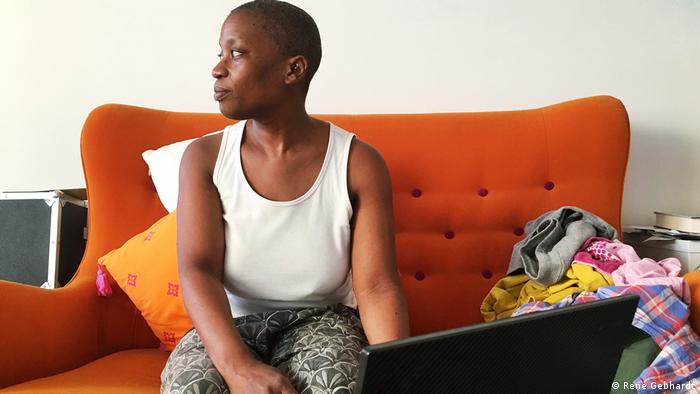 A note on the door of Sonntags-Club in Berlin's family-friendly Prenzlauer Berg district says this community cafe popular among lesbians and transgender people will stay shut until further notice. So will The Village, a spiritual community center for queer men in the city's Schöneberg Gayborhood. The same goes for SilverFuture, a left-wing queer hangout in hipster Neukölln.

"Our counselling now takes place through video calls mostly," says Conor Toomey, who heads the psychological counselling team at the gay support center Schwulenberatung. The therapists, whose services are free of charge, are even running group sessions by video link and trying to reach as many people as possible in these difficult times.

"In a few weeks of lockdown, we have been working on stabilizing people," Toomey explains. Sexual minorities often face more isolation and loneliness than the general population, making the coronavirus-related restrictions even harder to deal with. "In another situation I would tell them to join a queer sports club, for example, but that is not possible at the moment," he says.

Yet moving online is not that easy. "Our counselling center is considered a safe space for those not living on their own," Toomey says. Many of his patients are not out of the closet to their flatmates, or do not want to tell them that they are dealing with psychological issues. "You don't always feel comfortable talking about it in your own place." On top of that, some find it harder to open up emotionally in a call.

To help vulnerable groups and individuals, the Berlin art space Karada House has set up an ad hoc relief line for LGBTIQA+ people and women who cannot leave their homes. Caritia Abell, one of the founders, says that those seeking support are mainly "immunocompromised, chronically ill, asthmatic, elderly… But also artists or people with children," for instance a woman a sick child, who cannot go out and also does not have enough money to buy food.

Volunteers shop for them, cook and deliver meals or even give them financial support. "Some people are offering their spaces because they could not come back when they closed the borders," Abell says, "while some people are just there to talk to you and listen." 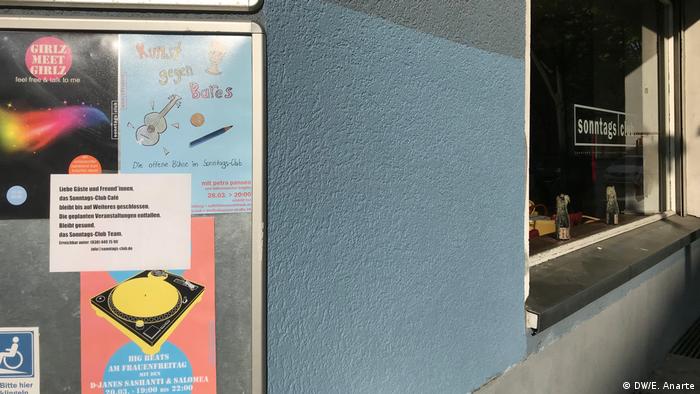 Helping the most vulnerable

Among sexual minorities, the elderly are particularly at risk, not only because of COVID-19 itself. Loneliness among older people is widespread in Germany, but those who've had to hide their identities their whole lives and could not start a family are likely to feel even more lonely, says Dieter Schmidt. He co-manages a group of volunteers at Schwulenberatung who support older queer people. Schmidt says that some also have financial problems. Job discrimination has prevented them from having a stable income over the years and many now receive smaller than average pensions.

Under normal circumstances, the volunteers might take them to an exhibition, to the theater or a cafe. Now their main task is keeping them company on the phone. Volunteers are also encouraged to take them for walks, as long as they can keep a safe distance and wear a mask. A call chain has also been set up in order to leave no one behind.

"The main thing is to be there for them," Schmidt says. He underlines how important physical contact is for older people. "Usually, when they come to our group meetings, I hug them." Their goal now is to stay present for those in need for help as much as possible, in a world that does not know when it will be safe to hug loved ones again.

In Caritia Abells' opinion, the current situation highlights the importance of solidarity among LGBTIQA+ people. She says that the welfare system fails many of these individuals, especially those who do not know how to navigate German bureaucracy: "They're invisible," she says.

Schwulenberatung psychologist Conor Toomey believes more mental health problems will arise the longer restrictions last. "In the last week or so," he says, he and his team of therapists "have seen a very noticeable difference. People are running out of steam."

Until queer spaces reopen, many LGBTIQA+ individuals will have to rely on this online-based solidarity. Yet, despite everything, Toomey believes in their survival skills, developed in an often hostile world: "Queers are not just vulnerable. They are also very resilient."