Moroccan women have been urged to pose as men on gay dating apps to expose family members and their sexual identities. It snowballed into a hate campaign. Why did a gay Instagram influencer tell them to do it? 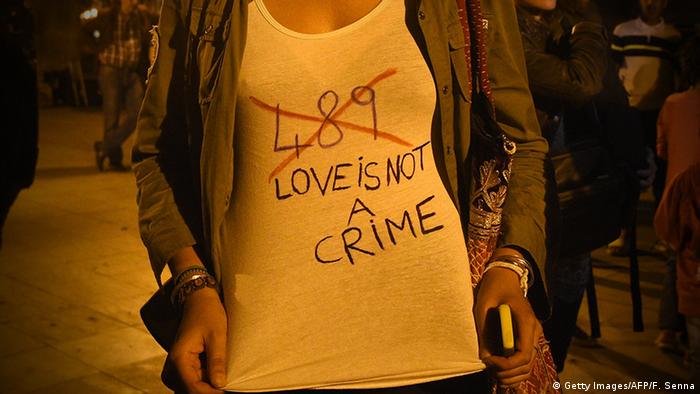 Members of Morocco's LGBT community say they fear for their lives after a prominent social media influencer sparked an online campaign to reveal their identities.

The ensuing online campaign to out those identified has led to a "wave of homophobia and hate in the country," one community member and DW reader, who did not want to be named, wrote in to DW.

"I'm living in constant fear," they wrote, after their photo was found through one of the dating apps and spread on social media. "I risk losing everything if my family find out about it and it may cost me my life for the sake of the honor of the family name."

Homosexuality carries a heavy stigma in Moroccan society and, according to Article 489 of the penal code, can be punished by up to three years in jail.

It is unclear why Talouni — a gay Moroccan now living in Turkey — made the video, but retribution may have been a motive.

Talouni posted a follow-up video explaining that he/she wanted to "unmask the hypocrisy of Moroccan men" who had posted homophobic comments on his/her channel but were repressed gay men themselves, according to Italian LGBT rights group Il Grande Colibrì.

Talouni did not explicitly tell his/her followers to attack gay men, but the situation created by a coronavirus-related lockdown in Morocco may have also have contributed to the video snowballing into a social media campaign of threats and intimidation. 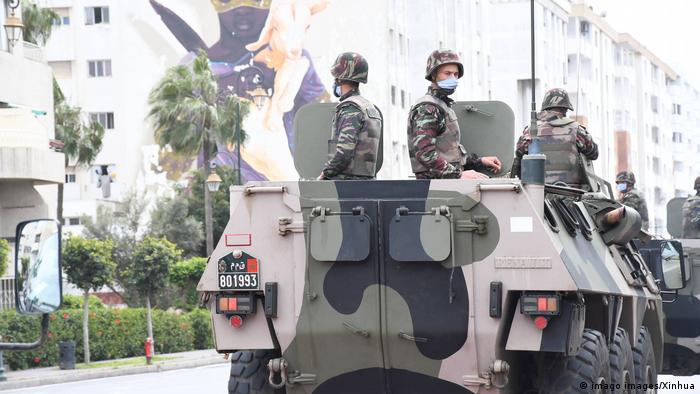 "Morocco is in total lockdown and everyone is home, so influencers can easily grab the attention of the public, as everyone is at home, connected online," a spokesperson for Nassawiyat told DW.

The outing has shaken through the Moroccan LGBT community's sense of privacy at the same moment the lockdown has made their world even smaller.

"There's nowhere to hide, now you're shut in with your family," said Shereen El Feki, an expert on sexualities and masculinity in the Arab region. "If you're outed, where are you going to go? We know that domestic violence is currently rising around the world, it's not just women who experience gender-based violence."

El Feki said surveys she had conducted with gender equality organization Promundo in Morocco revealed that many tolerated homosexuality as long as LGBT people kept it quiet. Given the social climate, many advocates of decriminalization argue less for the right to openly identify as gay, and more for personal freedoms — among them privacy, she said, which have been compromised by Talouni's videos and is a growing challenge during lockdown.

Advocacy groups said it was not possible to know how many people had been affected, but Nassawiyat said more than 100 people had told them they had been outed.

Journalist Hicham Tahir, who has documented some of the death threats the campaign produced, said on Twitter that one person in Rabat had committed suicide out of desperation.

The victim's mother "did not understand why her son committed suicide," Tahir tweeted.

Nassawiyat said they had heard of two cases of suicide but there could be more.

Safety measures too late for some

Grindr has issued a security warning to its users not to share photos, as has Planet Romeo, which also removed all profiles created on its app after April 13.

Planet Romeo founder Jens Schmidt said he was shocked by the campaign and took immediate action. "We are aware that so many more people face similar threats in numerous countries," Schmidt told DW in a statement. "This case is simply more evidence, that gay, bi [sexual] or trans [gender people] are not the 'perverts,' but the circumstances they have to live in today [are perverse]."

According to Facebook, Talouni had made several attempts to create new accounts, which the company had removed. In a mailed statement to DW, a company spokesperson wrote: "We don’t allow people to out members of the LGBTQ+ community because it puts them at risk. We’ve disabled the influencer’s Instagram and Facebook accounts and we’re taking proactive steps to find and remove other content like this."

But the measures haven't come soon enough for some. "It's not stopping, actually, it's becoming more viral as time passes," the DW reader wrote. "I live in constant fear for my life."

If you, or someone you know, has been distressed by this story or involved in the events, advocacy group Nassawiyat is offering free virtual counseling sessions in Darija, French or English. Contact them at: contact@nassawiyat.org.

After a two-year pandemic hiatus, the blossoming trees are sure to be a spectacle once again. Just how did the Japanese trees become so popular in Germany?