Coronavirus puts global division of labor to the test | Business| Economy and finance news from a German perspective | DW | 03.06.2020

The more complex global supply chains are, the riskier they can be for companies. The coronavirus has shown how costly it can get to be faced with disrupted supplies. Does that mean the end of globalization? 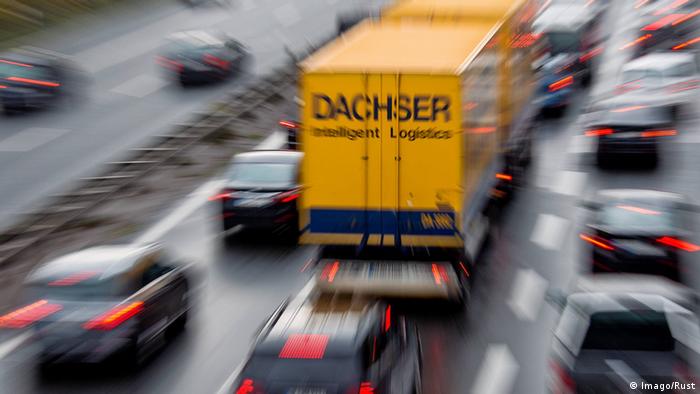 Logistics companies such as Germany's Dachser are seismographs of global trade. If operations are hampered by something, Dachser's headquarters in southern Germany is on alert. Almost 12,000 trucks commissioned by Dachser are on the roads in Europe at any given time.

Last year alone, the family-owned business logged 1 million shipments to destinations around the globe — airborne or seaborne. Even when a large part of the world sank into coronavirus-caused lockdowns, Dachser's operations did not grind to a halt.

"Shipments for some industrial goods and parts for the automotive industry may have gone down, but consumption-based items such as groceries were in even higher demand than before the pandemic," said Andreas Froschmayer, director of corporate development, strategy and PR at the logistics giant.

This is not to say the logistics industry has had no problems at all in dealing with the coronavirus fallout.

Dachser sees a change coming in how industry looks at where to get its supplies from. "Many clients will thoroughly check whether it makes sense for them to keep their international supply chains intact," Froschmayer argued.

In Germany, the industrial sector accounts for a quarter of the nation's gross domestic product (GDP). In the US it's a bit less, while in China, industry makes up 40% of GDP. All three nations are hubs of the global division of labor. It's there that many parts are sent to to be processed and often exported again.

Supply chains became the target of political debates long before the pandemic hit the world. Just take US President Donald Trump, who had questioned the value of international supply chains, arguing everything should be made in the US itself to avoid dependencies.

But he's not the only critic of the current state of affairs. Environmental pressure groups consider the global division of labor to be ecological nonsense. And against the backdrop of the coronavirus pandemic, many trade experts warn the current system is not resilient enough to absorb shocks. A recent McKinsey survey showed one in four German companies was considering reducing its overseas supply dependencies.

Economist Hartmut Egger argues there's been a trend for 10 years now to work toward shorter supply routes. "Following the global financial crisis, many companies started looking for more suppliers closer to themselves," he told DW. For Western Europe, production sites in Eastern Europe and North Africa moved into greater focus.

The coronavirus crisis could easily consolidate this trend. "Any crisis brings to the fore a clearer analysis of accompanying costs," said Egger. "And now, enterprises have a clear picture of how costly it is for them to be confronted with disrupted supply chains." 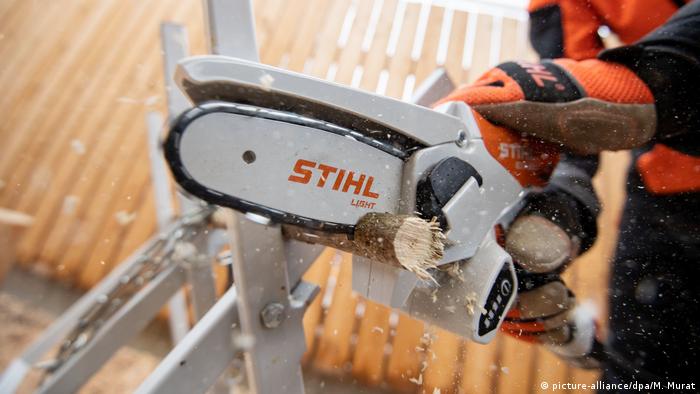 Moving away from just-in-time production

German chainsaw and outdoor power equipment manufacturer Stihl knows full well how good it can be to keep a good part of the supply chains within the company itself. The Swabian firm's export hit has been its chainsaws which it sells to 160 nations around the globe. Stihl produces half of all necessary parts itself, which it says has proved a major advantage during the current pandemic.

He conceded there had been some minor temporary disruptions, but fewer supplies from outside could be compensated for by falling back on in-house stockpiles. This is because unlike many other companies, Stihl doesn't pursue a just-in-time supply strategy. "Of course, storing so many items costs a lot of money, but amid the current pandemic, the system is paying off," Caspari noted.

Economist Hartmut Egger from Bayreuth University says moving away from just-in-time supply schemes could turn into a trend even after the pandemic. "The more complex supply chains get, the higher the risk of failure," he argued. "Companies can minimize this risk by having their own stockpiles of required parts."

What if "deglobalization" doesn't happen?

Egger isn't sure, though, whether companies will really leave the just-in-time philosophy behind. Many firms may just not believe that another crisis of the current dimension will recur anytime soon. But Dachser is of a different opinion. The company runs a total of 170 warehouses globally.

"Warehousing is a thing of the future," said Froschmayer. "You certainly need a buffer to make supply chains more resilient," adding that after the coronavirus crisis everything would be a bit different from what it used to be. "This is not to say that logistics operations across borders will be a thing of the past, meaning that the division of labor won't lose any of its potential."

Hartmut Egger doesn't believe in a radical trend toward deglobalization either. Bringing production back home is not without risks, he warns. "Companies would no longer enjoy the lower costs they secured by outsourcing parts of their production," he said. "In addition, you'd become more vulnerable to local shocks, be it natural disasters or the like."

Deglobalization would mean less income for people in poorer nations. Industrialized nations such as Germany might see some of their competitiveness wane. "Daily purchasing prices would be bound to rise, and products from other nations could become more attractive on global markets," Egger said.

As Germany's economic research institute ifo points out, the most important industries in Germany are also those with the highest complexity. Among the sectors in questions are the automotive industry, machine engineering and electrical engineering.

Right now, many companies are still preoccupied with crisis management. But disruptions in the production process have led to enormous costs already. Warehousing will be a negative cost factor too in the long run, meaning that a permanent and radical untangling from old ways may just remain an illusion — to the chagrin of some economists who've been hoping for more sustainable and rational supply chains.