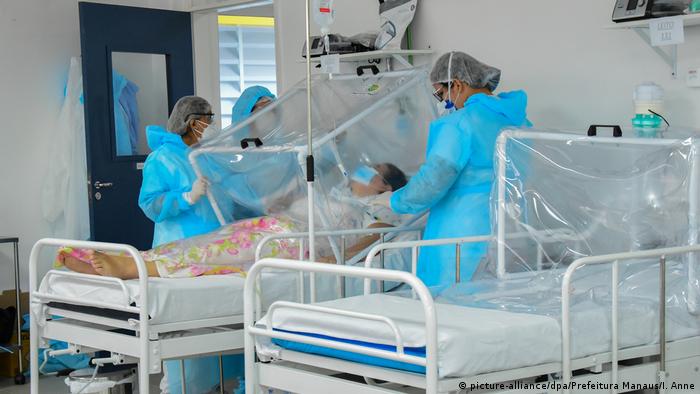 A ventilator can save lives — but how much should one cost? That depends on who's buying, who's selling and how soon it's needed.

If there's an urgent need, as is often the case during a pandemic, normal mechanisms such as public tenders and market analysis are often swept aside, with orders placed directly or through well-connected intermediaries. These are ideal conditions for corruption.

Even in normal times, Latin America doesn't come off well in international ranking lists for transparency — and the COVID-19 pandemic has been shamelessly exploited by politicians and their cronies. But unlike in the past they're now, surprisingly, much more likely to be caught.

In Bolivia, Health Minister Marcelo Navajas was arrested over the purchase of 170 ventilators from Spain, at an overinflated price of $27,683 (about €24,800) each. The devices cost only a quarter of that amount on the market, as the Inter-American Development Bank (IDB), which financed the purchase, found during an audit. To make things worse for Navajas, the equipment was designed for use in ambulances and did not meet the requirements for use in intensive care units. 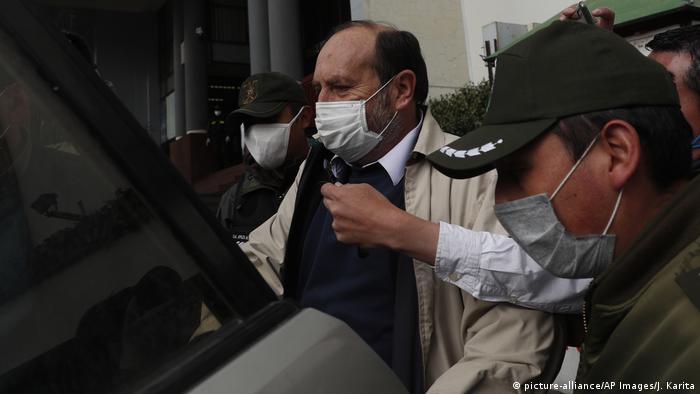 In Panama, the vice president and a presidential adviser stepped down after ventilators were bought at the exorbitant price of $50,000 each. In Colombia, the agriculture minister and 14 of 32 governors are being investigated over corruption connected with the pandemic.

In Rio de Janeiro, Brazil's national police searched the offices and residence of the governor, looking for $150 million that had been earmarked for building emergency hospitals. In Ecuador, the national audit office determined that state-run hospitals had spent $614,917 on body bags with a market value of just $46,910, while the head of the civil protection agency purchased food rations at inflated prices.

In Argentina, an intermediary was found to have bought obsolete N95 masks at 10 times the listed price. And in Honduras, nearly a million dollars in aid money have disappeared, according to anti-corruption authorities.

The health care sector is particularly susceptible to corrupt practices at the best of times. According to a survey by IDB's anti-corruption expert Roberto de Michele, up to 25% of global health care spending is lost to corruption.

What is new, however, is that the pandemic has brought civil society and the media onto the scene. They are watching over their governments and investigating abuses almost in real time. Media outlets such as Intercept in Brazil and citizens' initiatives like Mexicanos Contra la Corrupción y la Impunidad (Mexicans Against Corruption and Impunity) and Colombia's Fundacion Paz y Reconciliacion (Peace and Reconciliation Foundation) have made outstanding contributions to transparency — and made themselves unpopular with their governments.

"Before, we often had to wait for months or years for such things to come to light," Delia Ferreira Rubio, the chair of Transparency International, told the press in a recent video chat. But public pressure has increased, and the public is now less likely to tolerate corrupt practices. In Panama, for example, protesters expressed their frustration with the vice president by banging pot lids, forcing him to resign. Embattled governments are turning to organizations like Transparency International for help. "Our expertise is in demand as never before, and doors are opening that used to be closed," said Ferreira.

Modern technologies are making it easier to keep an eye on public servants. For example, in Paraguay, an online platform has been established where users can see almost instantly how much their government is spending to fight the pandemic, and on what.

Some Brazilian states, including Pernambuco, Ceara and Espirito Santo, are also making their data available online, according to the Open Knowledge Foundation. In Colombia, the central purchasing body Colombia Compra Eficiente has issued guidelines for maintaining transparency during the pandemic.

Sabotage from on high

But this level of openness is not to everyone's taste. In El Salvador, for example, President Nayib Bukele sabotaged a committee established by parliament to supervise the $2 billion set aside as emergency aid for the pandemic. Members of civil society, who were part of the committee, resigned after they hadn't been given any invoices to review in two months.

In Mexico, too, a lack of transparency is entrenched in the system: 84% of all Mexican states haven't revealed how much money they are spending to fight the pandemic, or for what purpose, according to the organizations Transparencia Mexicana and Tojil.

In Bolivia, a judge was summarily arrested shortly before he was to interrogate the health minister. And even in Paraguay, the phones of journalists and opposition figures investigating corruption connected with medical material imports have come under surveillance.

But despite such setbacks, Rubio of Transparency International remains optimistic. "We now have a chance to make a jump forward in transparency," she said.

Food banks are a lifeline for Mexico's needy, and never more than during the current COVID-19 pandemic. But with a recession looming, they are at risk of losing donations, as Sandra Weiss reports from Puebla, Mexico. (29.05.2020)