Lombardy in Italy has been one of the regions in Europe worst affected by the pandemic, with more than 16,000 deaths. Relatives of COVID-19 victims now want to know what went wrong, as Max Zander reports from Bergamo.

"All of this was full of coffins; there were 132 of them here," says Brother Marco Bergamelli, gesturing with outspread arms toward the interior of the chapel where pews have been set up once again. But most of the seats are still roped off and display warning signs — safety measures which probably aren't even necessary, since many churchgoers haven't dared to come back for services.

A walk over to the main cemetery in Bergamo makes it very clear just how hard this region was hit by the coronavirus pandemic. Magnificent family tombs and mausoleums line the gravel paths, though one area not far from the entrance particularly strikes the eye: more than 100 simple, hastily made graves, edged by wooden boards. Most have no gravestone, the deceased identified only by a laminated note printed with a name.

"These are the graves of the coronavirus victims," says Bergamelli. 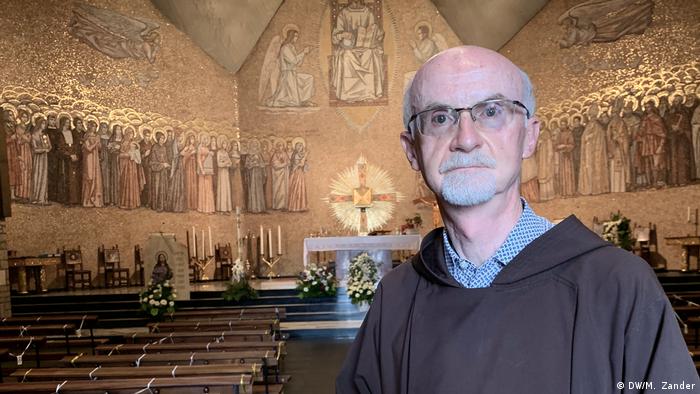 Bergamelli tried to hold a requiem for each coronavirus victim, but eventually it became too much for him

Of the more than 34,000 people who have so far died of COVID-19 in Italy, more than 16,000 came from Lombardy. Here in Bergamo, almost everyone has lost a relative or knows someone who has been infected by the virus.

The situation also pushed Bergamelli, 66, to his limits. After a countrywide lockdown was imposed on March 9, he was forced to look on as more and more coffins were stowed in his small chapel. The crematorium at the cemetery couldn't cope with the numbers of dead. Bergamelli speaks of how the military came by every week to take 50 or 60 coffins away to crematoriums in Florence, Bologna or Ferrara, but that the caskets kept piling up in the chapel.

At first he held requiems for the dead, but it eventually became too much for him. "I started getting scared being in a room with all the coronavirus victims. After 10 days, it started to smell, and not just of the pines and firs in the cemetery," he says.

Today, graves are no longer dug on a daily basis. People in the city, which still bears visible signs of the pandemic, are trying to get used to the new realities of life. Masks must be worn everywhere — even when sitting with another person in a car. Cafes and restaurants have reopened, but are required to obey special hygiene regulations. Menus are thrown out after customers have ordered, and in many premises, guests' temperatures are taken before they're even allowed to take a seat. 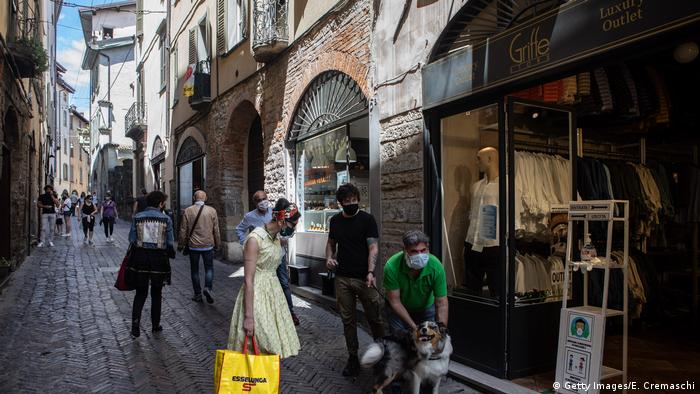 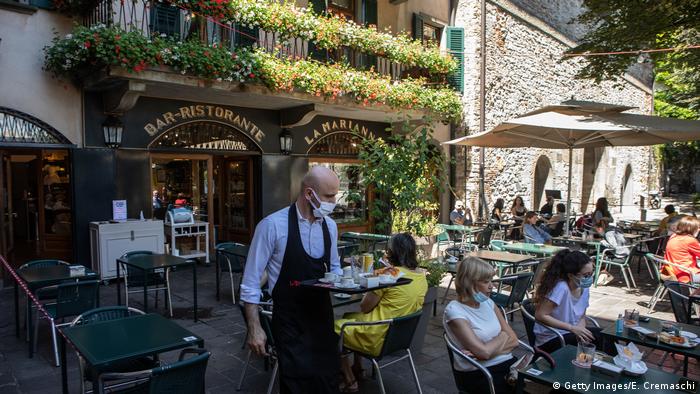 Restaurants have reopened, but must follow strict hygiene regulations

Although many people want nothing more than to get back to their old lives, some just can't go on as usual. One of them is Stefano Fusco, who founded the organization Noi Denunceremo (We Will Report) with his father. The group is demanding answers as to why so many people had to die in the region.

Fusco himself lost his grandfather to COVID-19. The 85-year-old was being treated in hospital in February after a slight stroke when, during rehab, he came down with a fever and began to cough. He tested positive for the coronavirus and died just a few days later.

Read more: When saying a final goodbye is banned

Fusco says the situation was particularly distressing for his grandmother. The family had to inform her of her husband's death by telephone and leave her alone with her grief, as she was in quarantine.

Fusco and his father founded their group on Facebook shortly after his grandfather died, to help people who were at home alone coping with grief. More than 60,000 people have since exchanged messages in the group. According to Fusco, most of their stories follow a similar pattern. 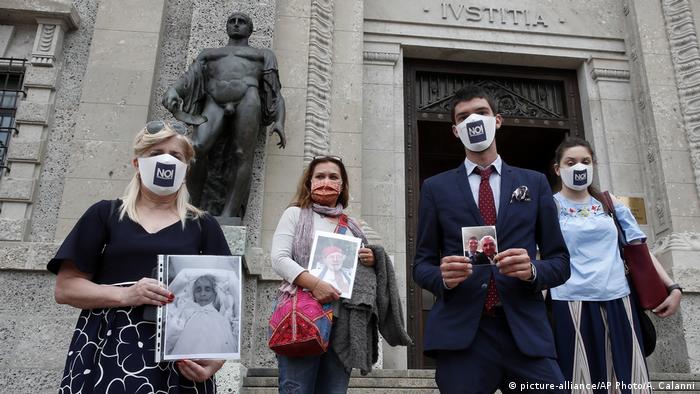 Fusco (second from right) lost his grandfather to COVID-19

"Many people died alone at home; many weren't taken to hospital until they were almost dead. They could probably have been saved if they had been helped sooner," he says.

The public prosecutor's office in Bergamo has now launched investigations with the backing of Noi Denunceremo. Fusco sees responsibility for the disaster as lying with the regional government, accusing it of reacting too slowly. Among other things, he says, it failed to set up an exclusion zone in Alzano Lombardo and Nembro, the two municipalities near Bergamo that became the epicenter of infections in Italy.

However, the governor of Lombardy, Attilio Fontana, has rejected any responsibility. His office is in a high-rise in central Milan, Italy's economic hub. And a frequent accusation is that profits were more important to him than protecting people.

Fontana, of the right-wing League party, has denied this, saying he had been in favor of sealing off the two municipalities back in early March but that the government in Rome had refused to allow it. 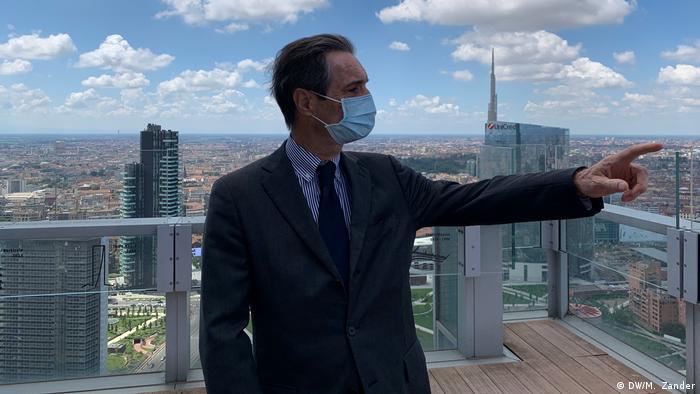 "I believe we really tried to find all the right responses and to take all the necessary measures in this highly unusual situation, in which no one knew much about the virus," he told DW.

In the Bergamo cemetery, the crematorium is now deserted; nothing remains of the hectic activity that marked the past few months. Bergamelli speaks of the pain felt by relatives of the victims and the feeling of insecurity that still weighs on many people in the city. But he says the old way of life is gradually returning, and says things are beginning to calm down.

But then he quickly wraps up the conversation and says goodbye, rushing past the pines that line the path back to his chapel. Another hearse is already waiting outside.