Coronavirus in slums: Helpers left high and dry in infection hot spots | World| Breaking news and perspectives from around the globe | DW | 16.04.2020

For a billion people living in slums, social distancing and washing their hands are a luxury they can hardly afford. Organizers in Nigeria, Kenya and Brazil are fighting the coronavirus without government support. 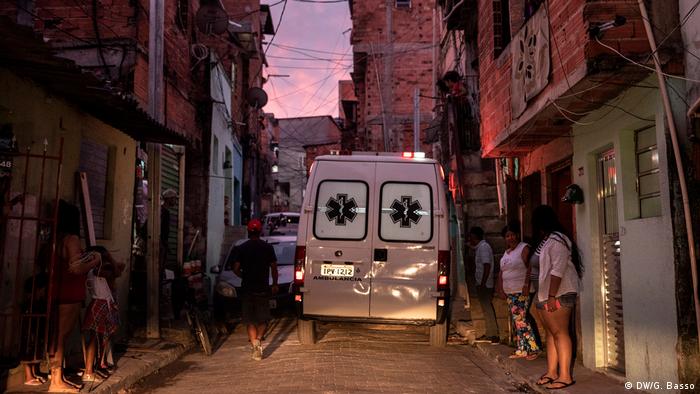 "How do you stay home when you are sleeping in a small room 10 by 10? How do you socially distance when you have a pit latrine that has to be shared with over 50 people?" asks Kennedy Odede, founder of the Shining Hope for Communities (SHOFCO) movement for slums in Kenya.

As coronavirus-related deaths mount in places like Nairobi, Sao Paulo's Paraisopolis favela and Mumbai's Dharavi slum, residents are scrambling to battle the infections, while informal settlements that haven't yet confirmed any cases are working to facilitate social distancing and hygiene measures — with minimal government help.

Government failure to provide basic infrastructure to people living in slums places them particularly at risk of infectious diseases like the coronavirus.

Regardless of the country, informal settlements tend to be extremely dense. Very often several family members will share small rooms in houses or shacks that are built closely together. Sanitation systems are unreliable or sometimes non-existent. Factors like malnutrition or air pollution can make residents more susceptible to infection. Additionally, residents don't have the financial resources to miss work.

"Slums are vulnerable during this pandemic for the same reason they're vulnerable every day: They're discriminated against, they're marginalized, they're segregated from the rest of the city," says Jason Corburn, Professor of City and Regional Planning at UC Berkeley.

Locals take matters into their own hands

During this crisis, local organizers are the ones spearheading the fight against the coronavirus in their communities. 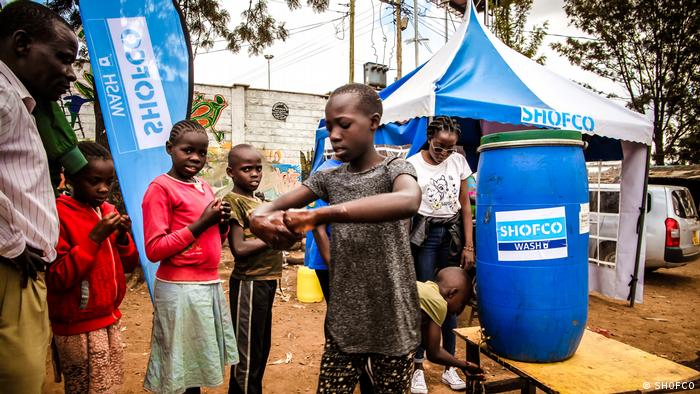 Mohammed Zanna, who works with the Nigerian Slum/Informal Settlement Federation, is one of them. He is distributing food donations and raising awareness about the pandemic with flyers in Hausa, Yoruba, Igbo and Pidgin English to make it possible for people to stay home.

Nigeria has confirmed at least 373 infections and 11 deaths and has ordered a lockdown in major cities since the beginning of March.

But Zanna doesn't see this approach working in Lagos' slum communities, where residents live from paycheck to paycheck.

"People don't even care about corona because all they care about is hunger," he says. "And because of the hunger, people don't respect the lockdown. So surely we will see a rise in infections."

During his rice deliveries, Zanna saw scenes he had never witnessed before: Residents fighting each other and even climbing into the truck to secure their share of food.

Read more: Opinion: Africa's COVID-19 lockdown — a death trap of another kind for the poor

Messengers between the government and communities

Social distancing also feels like a distant reality in Kenya's capital Nairobi, which houses Africa's largest slum and where 60% of people live in informal settlements.

Here Odede's SHOFCO organization is trying to be the bridge between the government directives and the residents, who have little faith in a system that has abandoned them.

Kenya has tried to clamp down on the pandemic by imposing a national curfew from evening to morning and encouraging social distancing. For many residents, these measures aren't just unrealistic; they also feel like a problem that only the higher classes are able to cope with.

That is until Odede and his team who already have a rapport with the community bring clean water tanks, soap, food and come to talk to them.

"They're saying: 'Woah, this is real? It's not just on the TV, a minister talking numbers?'" says Odede.

Favela hires its own doctors 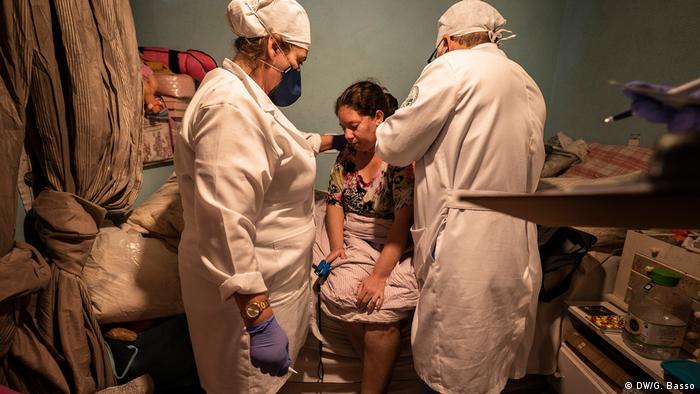 If it weren't for local initiatives, residents in Sao Paulo's favelas would be left to their own devices

In other informal settlements around the world, the coronavirus has already arrived. In Sao Paulo's Paraisopolis favela the numbers are growing rapidly. Medical teams see up to 30 suspected COVID-19 cases per day, but these professionals are not provided by the state.

The favela's resident association hired its own seven-person team that is equipped with three ambulances for 6,000 reais (€1,060, $1,162) per day. The team fills the need for an efficient rescue service within the favela. One of the ambulances is equipped with an intensive care unit to transport critical patients.

Read more: Coronavirus: Brazil is headed toward a 'perfect storm'

"Since we started working [. . .], we haven't been home to sleep or eat, but instead we are living in this improvised state," says nurse Enderson Marcos.

He believes the SAMU, Brazil's public emergency medical services, don't treat patients in favelas as they would in different Sao Paulo neighborhoods.

"We had a patient that they [the SAMU] refused to touch even though he had low oxygen levels and a 38.5-degree-celsius high fever [101.3 F]," says Marcos. "The association called us and we assisted him. He thanked us for saving his life."

"If he had come the next day, he wouldn't be here anymore," says cardiologist Luiz Carlos Barbosa. 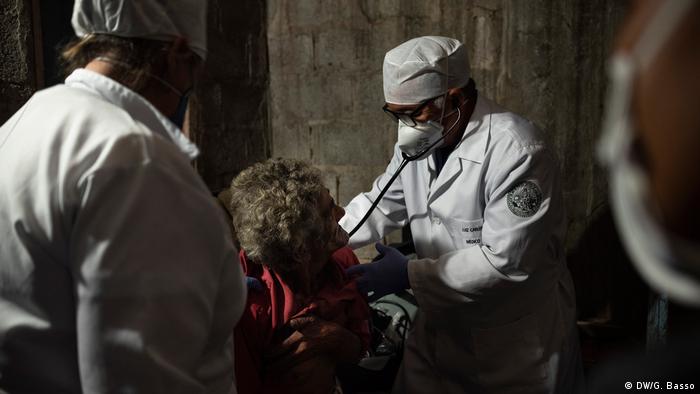 Local organizers need to be center of solution

Along with other public health and urban planning experts, Corburn has drawn up a series of recommended measures needed to slow the spread of the virus in informal settlements.

Top of the list: tapping into the emergency work that residents, who know their communities better than anyone, are already doing.

"This is not about experts from the WHO, ministries of health or hospital systems making decisions and imposing them in often draconian ways," says Corburn. "Residents must be at the center of this solution."

The experts also advised halting evictions immediately, guaranteeing payments and food assistance to the poor and deploying community health workers, among other measures.

For Zanna in Lagos, there is little hope that the government will step up. His plea is for international organizations to support informal settlements with the resources to mass test and protect themselves.

"We just need whatever support — and this support is very urgent," he says. "Our little solidarity alone is not enough."