Germany's southwestern state of Baden-Württemberg has announced tough new measures starting Saturday, including curfews, to fight the spread of coronavirus. 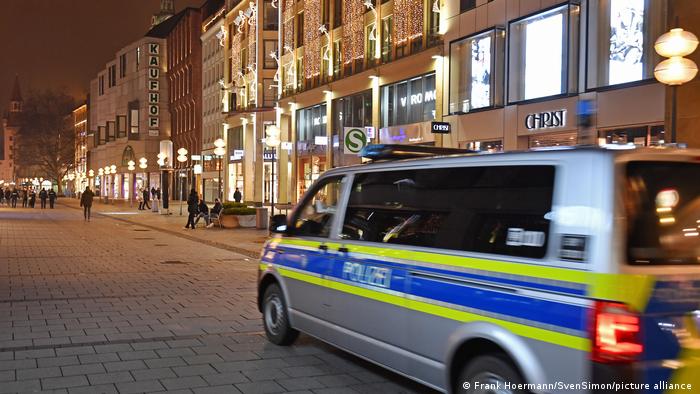 A nighttime curfew will likely be enforced in Baden-Württemberg

As the number of new coronavirus infections continue to rise in Germany, the southern state of Baden-Württemberg says it will apply stricter lockdown measures starting Saturday.

State Premier Winfried Kretschmann on Friday announced a nighttime curfew, and strict limits on movement during the day.

Between the hours of 8 pm and 5 am, people will only be able to leave the house with "good reason," such as going to work.

However, exactly what constitutes a "good reason" for leaving the house must still be specified. Up for discussion is whether to limit shopping only to daily necessities, which means other stores deemed non-essential would for all intents and purposes be off-limits ahead of Christmas.

The measures are set to be in place for four weeks.

On Thursday, Kretschmann also called for a tough nationwide lockdown from Christmas until January 10, DPA reported.

Germany's federal and state governments may discuss a tougher nationwide approach this weekend, as the "soft lockdown" adopted in November has failed to bring case numbers down.

The previous record was an increase of 23,648 reported on November 20.

Europe's largest economy has been in partial lockdown for six weeks, with bars and restaurants closed but shops and schools open.

On Wednesday, German Chancellor Angela Merkel urged the public to cut down on socializing and backed tougher lockdown measures.

Germany also reported a record 23,679 new infections. The country is currently under a partial lockdown, which has failed to substantially curb the number of new cases. Follow DW for the latest.