Coronavirus digest: US to reopen land borders from November

The United States plans to reopen its land borders with Canada and Mexico for those who are fully vaccinated. The frontiers have been closed for 19 months. Follow DW for the latest. 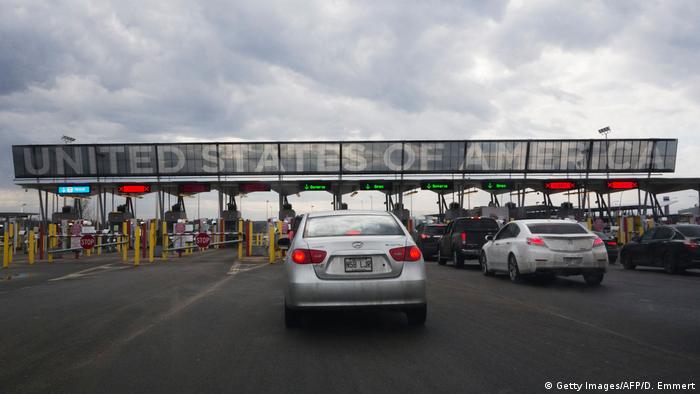 The United States is set to reopen its land borders to fully vaccinated travelers from Canada in early November, lawmakers have announced.

The US has also decided to allow fully vaccinated travelers from Mexico to enter the country for nonessential travel through all ports of entry, the office of New York Senator Kirsten Gillibrand said.

Vehicle, rail and ferry travel between the US and Canada, and the US and Mexico, has been largely restricted to essential travel, such as trade, since March 2020.

The new rules, to be announced Wednesday, will allow fully vaccinated foreign nationals to enter the US regardless of the reason for travel starting in early November, when a similar easing of restrictions is set to kick in for air travel into the country.

Both Mexico and Canada have pushed the US for months to ease restrictions on travel. The latest move follows last month's announcement that the US will end country-based travel bans for air travel, and instead require vaccination for foreign nationals seeking to enter by plane.

A Texas judge has temporarily put a stop to United Airlines placing employees on unpaid leave if they have received religious exemptions for COVID-19 vaccinations. The order will remain in place until October 26.

Six employees of United Airlines — which in August became the first US airline to require vaccinations for all domestic members of staff — have filed a class action claiming that workers who sought exemptions from the vaccine mandate had to deal with intrusive inquiries about their medical conditions or religious beliefs, including a requirement that they acquire letters from pastors.

Puerto Rico's governor announced that he would be lifting a curfew and a ban on alcohol sales Thursday as the US territory reports a drop in the number of hospitalizations and deaths.

Current restrictions prohibit certain businesses from operating between midnight and 5 a.m., as well as alcohol sales during that time. Puerto Rico has reported more than 150,500 confirmed cases and over 3,000 deaths.

Panama has approved a booster dose of BioNTech-Pfizer's vaccine for those who are deemed high-risk, such as healthcare workers, bedridden patients, nursing home residents and people aged over 55, health officials said.

Australia's New South Wales could ease more restrictions in Sydney, a week earlier than planned, as the state is likely to soon meet its 80% vaccination target, the government said on Wednesday. Australia's most populous state is expected to hit the mark over the weekend, beating expectations.

"If we hit 80%, we've always said it will be the Monday following," state Premier Dominic Perrottet told ABC Radio. "We will have this discussion with our team on Thursday and we will make a decision to be announced on Friday."

New rules are coming into force as Germany continues its battle against the coronavirus. Infection rates remain stable and many are ready to reopen — but 3 million remain unvaccinated, and health experts are still wary.

The UK was too slow to lock down, according to a report. Texas Governor Greg Abbott has defied Joe Biden, issuing an executive order to bar all vaccine mandates. DW has the latest.