Millions of girls are out of school, while countries have reported a stark rise in teen pregnancies and child marriages. Meanwhile, Brazil's president has said no one will be forced to use a virus vaccine. 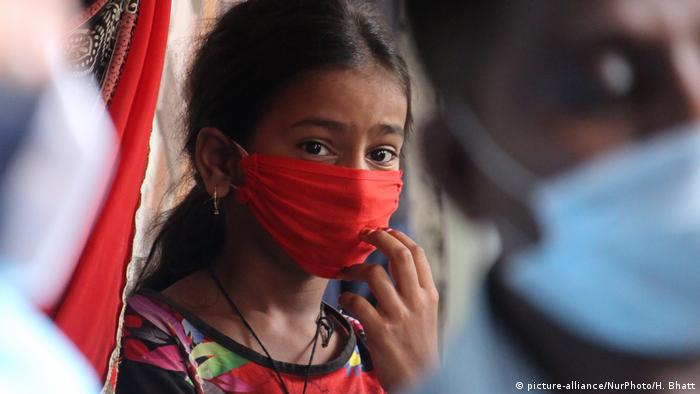 The economic impact of the virus has deepened inequality between men and women and reversed "decades of limited and fragile progress on gender equality and women's rights," said UN Secretary-General Antonio Guterres.

"Today, millions of teenage girls around the world are out of school, and there are alarming reports of an increase in teenage pregnancies in some countries," he said, also referring to "disturbing reports from around the world of skyrocketing levels of gender-based violence, as many women are effectively confined with their abusers, while resources and support services are redirected."

The UN along with other organizations have also warned that tens of thousands of girls across Asia are being forced into marriage by desperate families plunged into poverty over the pandemic. Worldwide, an estimated 12 million girls are wed every year before the age of 18, but organizations warn that an additional 13 million child marriages could take place in the next decade.

Russia: Surge in violence against women

The pandemic has imperiled food security for millions, according to the UN Food and Agricultural Organization (FAO). The number of undernourished people will increase by up to 132 million this year, while the number of acutely malnourished children will rise by 6.7 million.

"We are facing two pandemics: COVID-19, which beyond its health toll is crushing livelihoods, and hunger, a scourge the international community pledged to eradicate by the end of this decade," Qu Dongyu, the FAO's director-general, said ahead of a virtual meeting to address hunger.

Hong Kong has begun voluntary mass testing for coronavirus as part of a program aimed at identifying asymptomatic carriers. More than half a million residents registered in advance for the program, but many are distrustful of resources and staff provided by China's central government — fearing their DNA could be collected during the exercise and used by authorities amid a crackdown on dissent.

Gyms, barbershops and cafes were allowed to partially reopen in the Philippine capital of Manila on Tuesday, as the government further eased quarantine restrictions despite having the highest number of cases in Southeast Asia. The country has reported more than 220,000 cases and a death toll of at least 3,558.

Myanmar has reported its highest single-day total of coronavirus cases since its first cases were confirmed in late March. The Health Ministry announced 95 new cases, bringing the total to 882. Myanmar has seen a surge over the past week, mostly in the western state of Rakhine, which borders Bangladesh and hosts several major camps for displaced people.

India has reported its lowest daily jump in cases in six days, taking its overall caseload to 3.69 million. Its death toll rose by 819, bringing the total to 65,288. India has been reporting the highest single-day caseload in the world every day for more than three weeks, and is the third worst-hit country behind the United States and Brazil.

Brazilian President Jair Bolsonaro said late Monday that nobody will be forced to use the vaccine against coronavirus once it is developed. His comments come after the government earmarked millions of dollars for the purchase and future production of vaccinations, as Brazil suffers the second-worst outbreak outside of the United States.