Ireland has imposed heavy new restrictions and shut down non-essential businesses, becoming the first EU country to reenter lockdown. Follow DW for the latest on the pandemic. 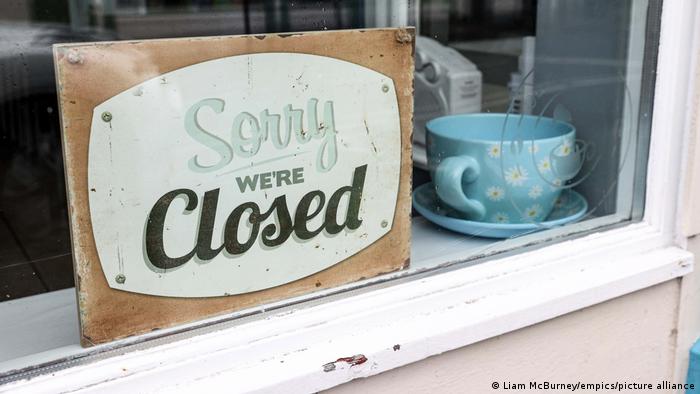 Ireland has imposed some of Europe's toughest coronavirus restrictions as it heads back into lockdown.

Under the new measures, non-essential retail businesses will be shut while bars and restaurants will be restricted to a takeaway service.

The new measures will come into effect for six weeks from midnight Wednesday (local time), making Ireland the first EU nation to return to the severe lockdown restrictions imposed in March.

"Everyone in the country is being asked to stay at home," Martin said in a televised speech, with exercise allowed only within a 5-kilometer (3-mile) radius of home. The government also announced "there will be a penalty" for violating the 5-kilometer restriction.

Schools will also be allowed to function "because we cannot and will not allow our children and young people's futures to be another victim of this disease," Martin said.

In Germany, the Berchtesgaden district in Bavaria will undergo a de facto lockdown due to the rising COVID-19 infections there.

The district has registered 252 new cases per 100,000 residents in the last week, surpassing the national average of 45.4.

Bavaria's State Premier Markus Söder said a package of measures "that corresponds to a lockdown'' will be designed for Berchtesgaden with the consultation of local officials.

The Spanish government is considering introducing curfews along with other measures in a bid to tackle a new wave of infections, Health Minister Salvador Illa said on Tuesday.

The move follows a similar decision on Monday by the northern region of Lombardy.

People will have to stop all activities and movements from 11 p.m. local time (2100 GMT).

The central government still needs to approve the request but it is not likely to be refused.

The US and Canada have extended a ban on non-essential travel along the world's longest international border until November 21.

Almost all types of crossings, except those for trading goods, have been closed since March 21.

Canada reached a milestone on Monday as the number of recorded cases surpassed 200,000. The figures have seen a spike since September with the return to work and school following the summer break.

Argentina has become the fifth country to surpass 1 million COVID-19 cases, with 12,982 new cases reported by the Health Ministry on Monday. It is only the second South American country to cross the 1 million mark — Brazil did so in July.

China's super wealthy have earned a record $1.5 trillion (€1.2 trillion) in 2020 — more than the past five years combined, an annual rich list says. The wealth reflects the boom in e-commerce and gaming during lockdowns.

A previous version of this article incorrectly stated the length of the lockdown in Ireland. This has now been corrected. DW apologizes for the error.