US President-elect Joe Biden has announced plans to put together a task force to take on the coronavirus pandemic as the country sees a record number of new cases. Follow DW for the latest. 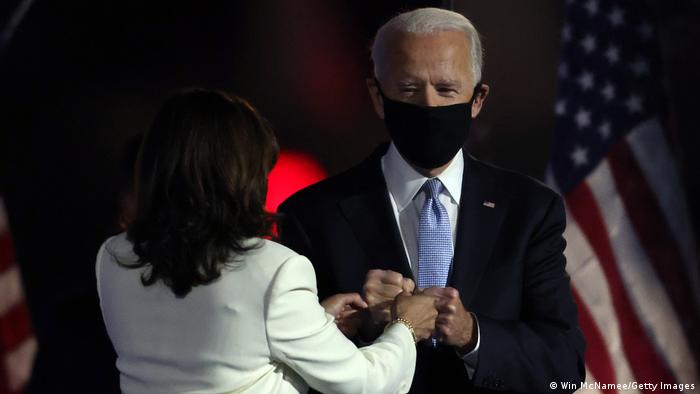 US President-elect Joe Biden says he plans to put together a task force of leading experts to fight the coronavirus pandemic.

In contrast to his rival Donald Trump, who had sidelined scientific advisers in his administration, Biden told supporters he wanted a plan "built on bedrock science" and "constructed out of compassion, empathy and concern."

"On Monday I will name a group of leading scientists and experts as transition advisors to help take the Biden-Harris plan and convert it into an actual blueprint that will start on January 20, 2021 [on Inauguration Day]," he said in his first address since defeating Trump.

Previously Biden has revealed a plan to invoke a nationwide mask mandate and rapidly roll out free COVID-19 testing as well as reversing Trump's decision to withdraw the country from the World Health Organization.

Texas also became the first state to surpass one million cases — only nine countries worldwide have more cases than the southern state. The number of cases in the most populous state, California, lies just below the one million mark.

The governor of an autonomous alpine region in Italy has declared it a "red zone," shutting down, as of Monday, most non-essential shops, barring cafes and restaurants from serving meals and forbidding citizens to leave their towns except under exceptional circumstances, such as for work reasons.

Portugal will bring a night-time curfew into effect from Monday across large parts of the country. People will also have to stay at home from 1 p.m. at the weekend. Prime Minister Antonio Costa announced the new measures after a special cabinet meeting on Saturday.

The rules will last for two weeks and the government hopes that this will prevent the need for a stricter lockdown. President Marcelo Rebelo de Sousa had announced a state of emergency on Friday.

Germany reported record daily figures on Saturday of 23,399 new cases and 130 deaths. On the same day, a protest against the new restrictions in the eastern German city of Leipzig turned violent with demonstrators attacking the police.

The number of cases reported on Sunday fell to 16,017. However, several agencies don't report Sunday cases until Monday.

The weekend figures come as German Health Minister Jens Spahn (CDU) defended a new strategy which focuses more on testing those vulnerable to COVID-19, with citizens who have been in contact with people who have the virus asked to quarantine.

"In a phase like now, the first people to be tested are those with symptoms, those who belong to risk groups and those who work in the care and health care sectors," he said. 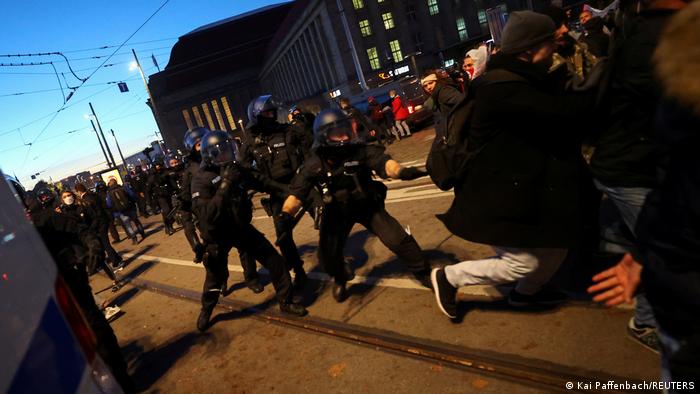 Finance Minister Olaf Scholz has said that the lowered VAT (sales tax) rate will not be extended past the end of the year. VAT in Germany dropped from 19% to 16% earlier in the year, but it will return to the higher rate on January 1, six months after the initial reduction.

The German health ministry has requested support from the army to store coronavirus vaccines when they become available. According to the newspaper, Bild am Sonntag, the health ministry wishes to store future vaccines in military barracks before being delivered to 60 vaccination centers across the country.

The number of people in France who have died from the novel coronavirus surpassed 40,000 on Saturday. Public Health France reported 306 new deaths which brought the total to 40,169.

The French parliament has approved the extension of a state of emergency which will last until February 16. The measure allows for the imposition of a strict night-time curfew between 9 p.m. and 6 a.m. in Paris and other big cities.

Following a recent spike in cases, Greece has joined other European countries in entering a second lockdown. All but the most essential retail services have been closed and people must seek authorization by text message before they can leave the house.

The British government has banned freight drivers who have traveled through Denmark over the past 14 days, and aren't UK residents, from entering England, as it increased travel security after widespread outbreaks of COVID-19 at mink farms in the Scandinavian country.

Under the new restrictions that came into effect at 0400 GMT on Sunday, passenger planes and ships coming from Denmark will also be forbidden from landing or docking.

Current global uncertainty and anxiety amid the economic crisis caused by the coronavirus pandemic could risk another world war, the head of the armed forces in Britain said Sunday.

"I think we are living at a moment in time where the world is a very uncertain and anxious place ... I think the real risk we have with quite a lot of the regional conflicts that are going on at the moment, is you could see escalation lead to miscalculation," Nick Carter, Britain's Chief of the Defense Staff told Sky News.

Asked if that meant there was a genuine threat of another world war, Carter replied: "I'm saying it's a risk and we need to be conscious of those risks."

The president of Algeria, Abdelmadjid Tebboune, is "constantly improving", the presidency has revealed in a statement.

Tebboune, who is 74 and a heavy smoker, was admitted to a specialized hospital in Germany on October 28 after contracting the novel coronavirus earlier last month in his homeland.

Tebboune was transferred from a hospital in Algiers to Germany shortly after going into self-isolation after reports of COVID-19 cases among his aides.

Daily new cases in India have continued their steady decline, however, the number of new daily cases being reported in the capital, New Delhi, has remained around 7,000, up from around 1,000 in September. The city also reported 79 new deaths on Sunday, the highest toll since June.